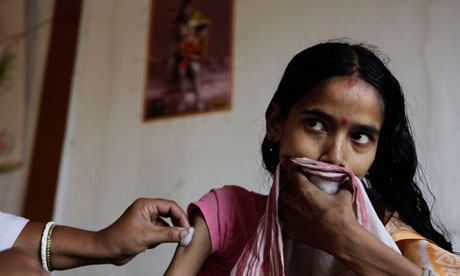 Tuberculosis (TB) is one the world’s most common diseases mainly because it is so highly infectious—it’s spread with a mere cough or sneeze. It’s second only to HIV as the leading infectious killer of adults worldwide, and it is the third largest cause of death among women aged 15 to 44.
The World Health Organization estimates that two billion people—that’s one-third of our planet’s population—are infected with the bacteria that cause TB. Ten percent of these carriers will become sick, and if left untreated, half of those will die from the disease.
Conventional medicine is panicking because TB is becoming resistant to multiple drugs and fear it may become “virtually untreatable.”
According to a new study published in The Lancet, among 1,278 patients in eight different countries who were resistant to two or more first-line tuberculosis drugs, 43.7 percent showed resistance to at least one second-line drug. Interestingly, the prevalence of drug resistance correlated with how long the second-line drugs have been available in each country. The countries where the drugs had been available the longest time—twenty years—had the highest resistance rates, while the countries where the drugs had been available for ten years or less had lowest rates.
What does this mean? That the innate effectiveness of drugs diminishes over time, and that an absolute reliance on drugs is unsustainable. Dr. Justin Denholm, an infectious disease epidemiologist at the Royal Melbourne Hospital in Australia, put it this way: “The reality is that this one-size-fits-all approach is a major part of what’s led to this drug resistance issue. I think individualized treatment is what we should be aiming for.”
This, of course, is exactly what natural health and integrative medical practitioners have been advocating from the start. Moreover, two studies have now linked vitamin D to the successful prevention and treatment of TB. In the first study, white blood cells converted vitamin D to an active form of the vitamin which helps make a protein that kills the TB bacterium. In the second study, Indonesian scientists compared vitamin D to a placebo, testing them on seventy patients for nine months. The patients who received 10,000 IU of vitamin D (rather than the 400 IU recommended by conventional medicine) led to an astounding 100% cure rate.
Even more exciting, a study published this month in the Proceedings of the National Academy of Sciences showed that high doses of vitamin D, administered together with antibiotic treatment, appear to help patients with TB recover more quickly. The vitamin D dampens the body’s inflammatory response to infection, which leads to faster recovery and less damage to lungs.
TB is caused by various strains of mycobacteria, usually Mycobacterium tuberculosis. But there are many foods and supplements that are natural and powerful bacteria killers. Garlic, for example, has antibacterial, antiviral, and antifungal properties. Intravenous vitamin C, the herbs Cat’s Claw and Artemisia, and hyperbaric oxygen have been used to fight various dangerous bacteria, while colloidal silver is a powerful bactericide.
The incidence of TB is high in certain countries, so if you are traveling this year, you may wish to take precautions. Swaziland, South Africa, and a quite a few other countries on the African continent have especially high TB rates, but so do Russia, the Philippines, and Korea. This list will help you assess your potential risk.