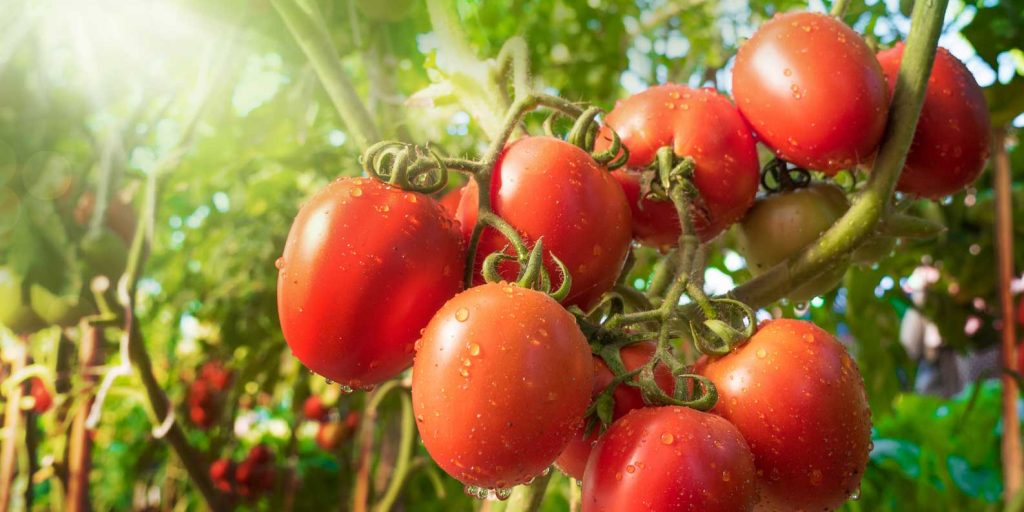 More parlor tricks are ahead for your salad.
Researchers are working on a more flavorful tomato through gene-isolating technology. This is not the introduction of genes from another species, as was the case with the GMO Flavr-Savr tomato, but neither is it traditional plant breeding.
If you are old enough, you will recall that tomatoes once had green bottoms or tops. This was deemed unattractive, and bred out, but it turned out that the genes involved in producing the green bottoms or tops also produced much of the tomato flavor—which, by the way, involves scent as much as flavor itself.
The obvious solution to this problem was to allow back the green tips, which are only a cosmetic problem. But no, modern growers couldn’t do that. They want the taste without what nature brings with it.
“We know what’s wrong with modern tomatoes and we have a pretty good idea how to fix it.” So says University of Florida researcher Harry Klee. He’s referring to the fact that tomatoes have for decades been bred for looks, size, and sturdiness at the expense of taste.
In some ways, what Klee and his team are doing is a victory of the anti-GMO movement. Klee says that he is using traditional breeding rather than genetic engineering—which he notes would produce the tastier tomato faster—because anti-GMO advocates have “won the battle” and made it more difficult to bring such laboratory experiments to market. How the Arctic apple, which has been genetically engineered to never brown, fares when it hits grocery stores in the next few months will be a good indication of whether Klee is right about the public’s preferences.
But a larger problem remains. We don’t need a food system that tricks us into thinking food tastes good. We have enough unnutritious food tricked out to appeal to us as it is. We need to support farmers who use time-tested techniques to produce delicious food and turn away from industrialized agriculture, which depletes the soil of vital nutrients—one of the real reasons food doesn’t taste like it used to. Yes, taste and soil quality go hand in hand.
And there is a still larger issue here. Many animals—not just human beings—are built to use taste as a means of choosing the food their bodies need. Believe it or not, cows can distinguish between up to a hundred different grasses with their muzzles and are naturally led to eat the ones that are less toxic or that will meet their particular needs at that momemt. If we keep ruining natural food, our natural ability to choose the nutrients to balance our biochemical processes will be completely lost.

Other articles in this week’s Pulse of Natural Health:
Feds Tighten Grip on US Medicine
Natural Products Championed in Congress
Another Alzheimer’s Drug a Huge Flop