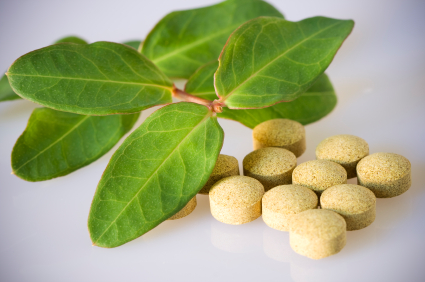 Part Two of our recent article on the laws threatening integrative doctors and integrative medicine—one of our most popular articles last month!


(If you’d like to read Part One, our discussion of the legal problems threatening physicians who use integrative medicine, click here.)

Federal Law for Sellers of Food, Supplements, and Medical Devices

The Federal Food, Drug, and Cosmetic Act (FD&C) gives authority to the FDA to regulate interstate commerce of supplements, drugs, and devices. According to the FD&C, by definition, only drugs can claim to cure, prevent, mitigate, or treat a disease [section 201(g)]. Nothing else may make that claim—certainly not a food or supplement.

To legally market a drug (that is, any substance that can claim to cure, prevent, mitigate, or treat a disease), it must go through the lengthy and expensive FDA drug approval process. Any violation—that is, any sale of a “drug” that is not FDA-approved—can lead to seizure of the product, injunctions against its sale and distribution, and criminal penalties, including imprisonment, for the manufacturer.

And as we have noted many times before, if a substance is natural, it is not patentable, and companies can only recoup their huge investment (as much as a billion on average, although estimates vary) in FDA approval if they can make it up through the high prices that patent protection makes possible. Therefore, natural products in supplement form will never be able to claim to treat disease, including cancer [section 201(ff)].

Why Only Patentable Drugs Are Considered “Safe”

The FDA’s control over patients’ access to cancer drugs was challenged in a 1979 lawsuit, United States v. Rutherford. Terminally ill cancer patients sued to stop the FDA from preventing the interstate shipment and sale of Laetrile—a modified form of amygdalin, a naturally occurring substance found in apricot pits as well as in other plants. The Supreme Court determined that the FD&C “makes no express exceptions for drugs used by the terminally ill…Exceptions to clearly delineated statutes will be implied only where essential to prevent ‘absurd results’ or consequences obviously at variance with the policy of the enactment as a whole.”

The Court supported FDA’s position that terminally ill cancer patients must be ensured therapeutic gain, which is only “guaranteed” by FDA approval. What this means in effect is that only non-natural and therefore patentable drugs which can be brought through the FDA process are “safe” enough to be used, even though natural remedies, which our bodies have evolved with, are generally safer or at least more predictable in their effects.

The further irony here, of course, is that the FDA has often approved drugs that are outrageously unsafe, causing so many deaths that they are subsequently pulled from the market and banned. The US National Poison Data System’s latest report records only a single death concurrent with supplement use—an “unknown dietary supplement or homeopathic agent”—with no deaths reported before 2009. On the other hand, it shows that, of all products to which we are exposed that might cause harm, pharmaceutical drugs caused 80% of fatalities—with 122 deaths attributed just to acetaminophen—an over-the-counter pain reliever sold under the brand name Tylenol.

Even though supplements cannot claim to prevent or treat disease, everyone knows that they may often be used for this purpose, either by consumers who have studied the scientific research, or by doctors themselves.

The Federal Trade Commission code contains both a general prohibition of unfair or deceptive acts or practices affecting commerce [15 USC 45(s)] and a provision specifically prohibiting false or deceptive advertising of foods, drugs, devices, or cosmetics [15 USC 52]. In other words, the FTC has authority to stop false advertising of drugs and supplements as well as unconventional treatments it deems to be false medical cures—including cancer treatments.

Unfortunately, as we reported this past April, the FTC has recently created new and arbitrary requirements for ANY food or dietary supplement health-related claim—and is enforcing them—in direct violation of federal law. The FTC is now requiring two random-controlled human trials for any health-related claim—even so-called structure/function claims, which are permitted under the Dietary Supplement Health and Education Act of 1994 (DSHEA) without such trials. In response, ANH-USA and our co-plaintiffs, Durk Pearson and Sandy Shaw, filed a Petition for Rulemaking before the FTC. This petition, if denied, will lead to a litigation phase.

Often the FDA and the FTC work together to target supplement and food companies, which is precisely why the Free Speech About Science Act is so important. There are also federal criminal statutes that might affect the marketing and advertising of unconventional cancer treatments, like the wire fraud statute, which prohibits use of telephone, radio, or television to make “false representations for products and services,” and the federal smuggling statute.

Given all these legal risks, producers of natural food, supplements, and devices deserve our thanks.