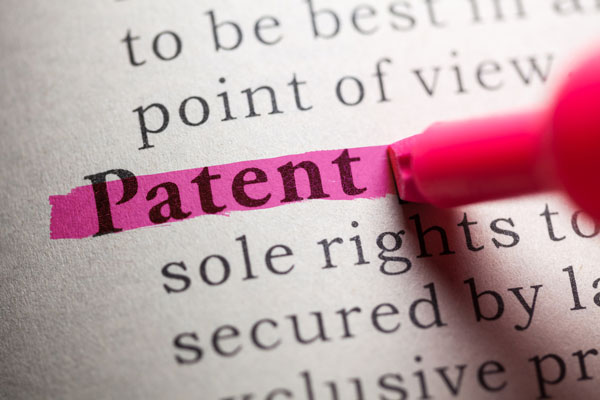 Behind the scenes, the pharmaceutical and biotech industries are trying to change the law—to benefit no one but themselves. Major Action Alert!
Big Pharma in general—and biotech in particular—are having trouble coming up with new-to-nature molecules they can successfully patent and turn into blockbuster medicines. They know the healing power of natural substances. But natural substances are not supposed to be patentable. Or if they are patentable because a new process is involved, the patent protection may be weaker. As we have noted many times, drug companies are not interested in medicines that cannot be patented or that hold weak patent protections, because they don’t earn enough money for the substances to be taken through the multi-billion-dollar FDA approval process and thereby gain a complete government-enforced monopoly, which brings with it the power to charge huge sums for the product.
Now they’re trying to get the US Patent and Trademark Office (USPTO) to change patent law about natural substances.
Pharma and biotech companies were dealt a blow in their efforts to “patent nature,” as it were, when the US Supreme Court struck down patents on human genes in 2013. In its decision, the court wrote that Myriad Genetics, the private company seeking a patent on two genes which account for most inherited forms of breast and ovarian cancer, “did not create anything. To be sure, it found an important and useful gene, but separating that gene from its surrounding genetic material is not an act of invention.”
ANH-USA strongly supported this decision. If Myriad’s patent claims were upheld, it would have meant that they had ownership over particular genes in the human body. Patents on these genes would keep competitors from offering similar genetic tests, which restricts market competition—which in turn decreases prices, increases access, and improves the tests themselves. It would also cut off scientific research: scientists outside Myriad couldn’t study these genes without Myriad’s permission.
The Supreme Court’s decision led USPTO to tighten its restrictions somewhat on patenting natural products. According to an article in Science Magazine, this infuriated biotech firms, which contended that the new restrictive approach would discourage investment and innovation. Now, apparently in response to industry pressure, USPTO has promised to rethink its approach.
In its reappraisal, USPTO is considering a different framework to determine the patentability of products of nature. If a patent claim describes “a law of nature, a natural phenomenon, or an abstract idea,” it must amount to “significantly more” than what is found in nature to be eligible for a patent. In the same Science Magazine article, one expert noted that this framework gives examiners “multiple criteria for deciding whether a product is sufficiently different from its natural counterpart: ‘structure, function, and/or other properties.’ [He] suspects that this vague language could lead to fewer eligibility-based rejections” (emphasis added).
While there is still a great deal of uncertainty about which guidelines will finally be adopted and how USPTO will interpret and apply them, the change in rules would clearly open up new pathways for Big Pharma and biotech firms to patent natural substances.
This is just the latest of many efforts to patent nutrients and natural substances. We’ve seen numerous attempts by drug companies, for instance, to monopolize previously affordable substances (like bioidentical estriol and 17P) and then jack up the price. In the case of 17P, a substance that helps prevent premature births, the price skyrocketed from $10 a dose to $1,500 once KV Pharmaceutical was granted exclusive rights by the FDA through the Orphan Drug Act.
And it doesn’t stop there: Big Pharma has also tried to steal natural supplements. Pyridoxamine—one of only three natural and bioavailable forms of vitamin B6—inhibits aging and disease progression. In fact, B6 is necessary for life itself—we die without it. FDA banned pyridoxamine in 2008 in response to a petition from a drug company that wanted to use it in their own drug formulation. Another drug company is looking to snatch up P5P (pyridoxal-5’-phosphate), another natural form of vitamin B6. Their attempt has been unsuccessful—so far. If patent laws are weakened, we can expect an increase in efforts by Big Pharma to gain exclusive rights over natural supplements.
USPTO is accepting comments on its proposals until March 16.
Major Action Alert! Tell USPTO to keep restrictions in place that prevent natural substances from being patented. Please send your message immediately—the time is short!