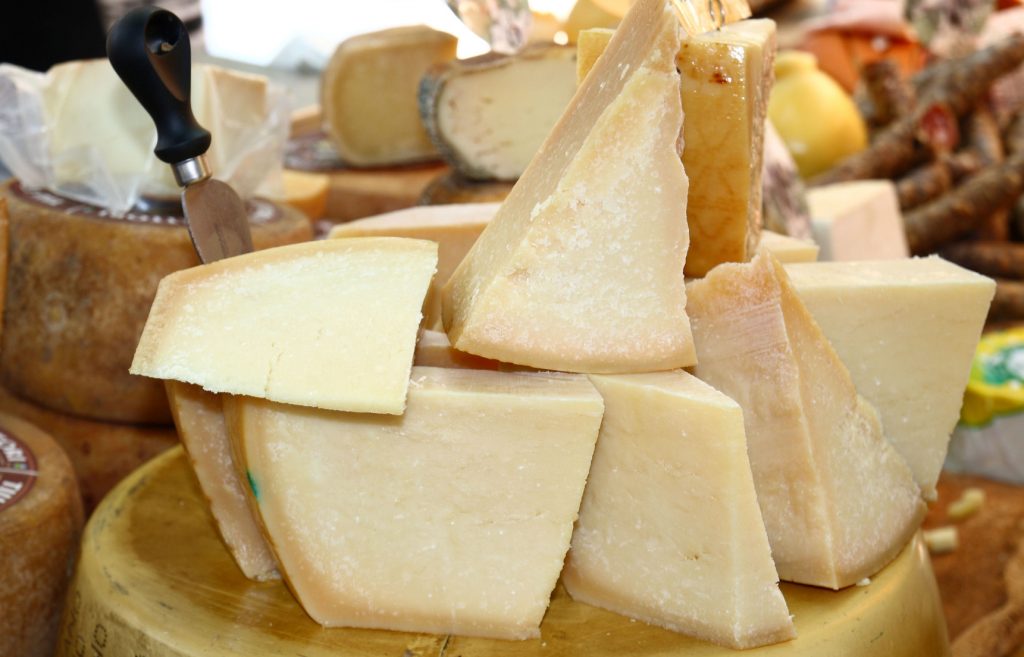 That’s what the Feds are finding in Big Food cheese products. These are the same regulators that want to eliminate artisanal cheese. Action Alert!
A recent Bloomberg News investigation reveals massive deception in the labeling of Big Food’s parmesan cheese products.
The report details how Big Food companies are using cellulose, an anti-clumping agent made from wood chips, in grated parmesan cheese as a cost-saving measure. The FDA says that cellulose is safe and acceptable as an additive if it’s only two to four percent of the product. Yet a whole slew of cheeses may exceed these limits by leaps and bounds. According to independent testing done by Bloomberg:

In 2012, after a tip from a recently fired employee, the FDA went to Castle Cheese Inc.’s Pennsylvania facility and found that the company was doctoring its “100 percent real parmesan” with imitation cheese, cellulose, and trimmings of cheaper cheeses like Swiss, white cheddar, Havarti, and mozzarella.
One industry insider estimated that 20% of US-produced hard Italian cheeses are mislabeled. Grated cheeses are particularly liable to deceive consumers: in some cases less than 40% of the product is actually cheese.
Why does the FDA allow such widespread fraud to continue? It may be because they are too preoccupied with their recent witch-hunt against artisanal cheeses made with real, raw milk. The rationale given by the agency is that raw milk cheeses lead to more food-borne illnesses, but this is bogus. Recent evidence from the Centers for Disease Control and Prevention (CDC) shows that, between 2009 and 2011, cheese made from raw milk was linked to one listeria outbreak and fifteen illnesses, whereas cheese from pasteurized milk was linked to five outbreaks and thirty-six illnesses.
We pointed out in previous coverage what we think the FDA’s real motivations are. We know the agency tends to back the biggest food and drug producers, because they directly help pay the agency’s bills and are also easier to regulate for a number of reasons:

Small, artisanal cheese producers are a much easier target for the FDA than some of the nation’s largest cheese producers who are routinely misleading consumers. And by eliminating Big Cheese’s competition, the regulators can please their Big Food “clients.”
Action Alert! Tell the FDA to focus their energy on the real culprits behind food-borne illnesses such as CAFOs, and real villains in the cheese industry that are selling wood pulp and imitation cheese to consumers! Please send your message immediately.

Other articles in this week’s Pulse of Natural Health:
Final Hour for GMO Legislation
Medical Scope Risk Worse than Previously Thought
Now Even the US Attorney General Is Slandering Supplements!