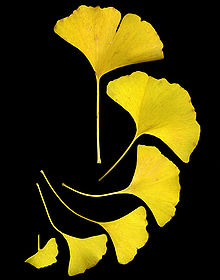 So why has the media been jumping on the bandwagon?
The Center for Science in the Public Interest (CSPI) wrote a letter this month to the FDA requesting a ban on ginkgo biloba. First the letter dismisses ginkgo’s efficacy on memory and cognitive function (“Claims regarding Ginkgo’s supposed health benefits…are false and should be stopped”), then cites a report that finds ginkgo extracts cause cancer in humans.

Except that the report actually did nothing of the sort.
The report, released in March by the National Toxicology Program (NPT, an interagency program overseen by the Department of Health and Human Services), linked extremely high dosages of one highly concentrated, specially formulated version of ginkgo biloba to an increased risk of cancer in the thyroid, liver, and noses of lab rats. A review clearly shows the many flaws in this research:

CSPI didn’t stop there. In their letter to FDA, they use the NTP report to make a broad attack on supplements and health claims. They mention dietary supplement companies and products by name, even though the ginkgo in the study was not the same formulation used in the products.
Then CSPI shifted their attention to the media: “The dietary supplement industry is full of snake oil salesmen,” CSPI executive director Michael F. Jacobson told The Daily News. “It’s frustrating to see so many deceptive claims for dietary supplements.” CSPI is threatening to sue Bayer over their One a Day line of nutritional supplements. They say Bayer’s health claims “[fail to] satisfy the FTC’s requirements for substantiation in order to be lawful. The FTC has recently required a higher standard of proof for companies making health-related claims.” Unfortunately, media outlets as august as The New York Times gobbled up the story. However, the FTC required a higher standard of proof for only those few companies, and enforced that standard via litigation and a consent decree for each company. It’s not a regulation that applies to every company, much to the disappointment of FTC and apparently CSPI—but it is a deeply troubling precedent.
We told you about CSPI’s agenda three years ago: they want the abolition of both Structure/Function Claims and Qualified Health Claims, which would eliminate almost entirely consumers’ access to information about what health considerations supplements support. Absurdly, they want food, supplements, and drugs to be treated exactly alike. In their view, no health claims of any sort should be allowed unless the product is brought through a full FDA approval process. Accordingly, when CSPI challenges a product’s health claims, it almost always cites the lack of a random controlled trial (RCT)—as if such a hugely expensive undertaking could be afforded for a natural food or supplement that has no patent protection!
Despite CSPI’s professed “concern for consumers,” they have been silent on GMO labeling and have defended the government’s revolving door policy that allowed Michael Taylor to hop from Monsanto to the FDA.
Happily, this time it doesn’t appear that CSPI will get its way. Even the FDA, that bastion of anti-supplement bias, has dismissed CSPI’s request to ban ginkgo biloba. An FDA spokesperson was quoted as saying, “It is not scientifically valid to conclude with certainty that dietary supplement products containing ginkgo biloba are unsafe based solely on data from the new NTP study.”
Let’s look at a few other ginkgo studies to contextualize the NTP’s report:

As always, consumers should be sure to take only high quality supplements, together with the right cofactors, in consultation with a qualified health practitioner.

23 responses to “A Ban on Ginkgo? Even FDA Thinks It’s a Silly Idea”