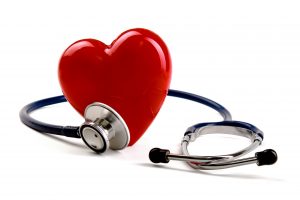 Last December, we told you about the American Heart Association’s (AHA) new new cholesterol guidelines that would make 33 million healthy Americans dependent on statins. These are the most widely prescribed class of drugs in the world—drugs so dangerous that the FDA mandates their side effects be disclosed in labeling.

The problem with AHA’s “logic?” Not only has this bad/good cholesterol dichotomy been solidly debunked by study after study—it was never proven in the first place. According to the Wall Street Journal, the notion that saturated fats and LDL clog our arteries came from a “derailment” of nutrition policy “by a mixture of personal ambition, bad science, politics, and bias.”

Below, in bold, are some other highlights of AHA’s dietary guidelines, accompanied by why they actually are bad for your heart:

Meanwhile, statin drugs may actually be driving Americans to overeat: a twelve-year study published in JAMA Internal Medicinefound that statin users increased their calorie intake by 9%, and fat consumption by 14.4%, over the study period (those who didn’t take statins didn’t significantly change in either measure).

This study controlled for age, race, education, diabetes, and high cholesterol—which means that researchers isolated statin drugs as the reason participants were overeating. Researchers speculate that the explanation is psychological: those on a “magic pill” feel entitled to take greater liberties with their diet.

21 thoughts on ““Put Down that Healthy Food, and Take Statin Drugs Instead!””