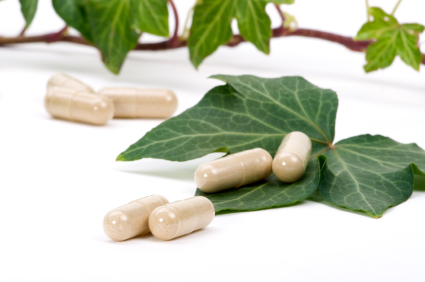 The FDA Food Modernization Act (S. 510), also referred to as the “Food Safety” bill, has been modified to exempt dietary supplements from language that otherwise creates a slippery slope toward U.S. harmonization with Codex Alimentarius. ANH-USA worked to protect the natural health community from this dangerous provision that threatened access to high quality, therapeutic supplement doses by working with key senators to modify the language, now for the second time.
The most worrisome provision of the bill initially required the Food and Drug Agency (FDA) to recommend that U.S. foreign

trading partners harmonize with Codex. This odd language was no doubt very intentional. How could we recommend harmonization to other countries if we rejected it for the U.S.? So in effect we were committing ourselves to a much more restrictive regulatory regime for supplements.
As the Senate moved forward with the Food Safety bill, Senator Harkin (D-IA), committee chair, working closely with Senator Orrin Hatch (R-UT), promised to see what could be done to make absolutely clear this legislation was not intended to impact our access to dietary supplements. At that time, Senator Harkin modified the Codex provision, asking the FDA to consider “whether and how” to recommend U.S. foreign trading partners harmonize. This was a very important change and a tremendous show of support from both Senators, but we were still concerned that the inclusion of Codex language in the bill could be used to support future U.S. harmonization with Codex standards on dietary supplements.
ANH-USA worked with our allies in the Senate over the past several months to include additional language providing stronger protection for supplements. New language has now been added specifically stating, “Nothing in this section shall be construed to affect the regulation of dietary supplements.”
The Codex Alimentarius was initially developed to establish international food safety standards and regulate ingredients of food products. However, there is great concern that if the U.S. harmonizes with Codex standards, which are expected to follow Europe’s increasing ban on supplements, our access to supplements will be lost and even our food standards may be compromised. Although ANH-USA considers the new exemption a huge victory, it only applies to dietary supplements. The U.S. is still at risk of harmonization with other Codex food standards.
ANH-USA is especially grateful to Senators Harkin and Hatch for their leadership, continued dedication to the natural health community, and most recently, their show of support protecting our supplements from Codex harmonization. The Senate is expected to take up the Food Safety bill any day now. As the legislative process moves forward we will keep our members up to date on our efforts and where appropriate, we’ll ask for your help to protect supplements from increased government intrusion. The House version of the Food Safety bill, already passed, is especially worrisome. We will continue to make every effort, with your help, to ensure that the House version does not become law.