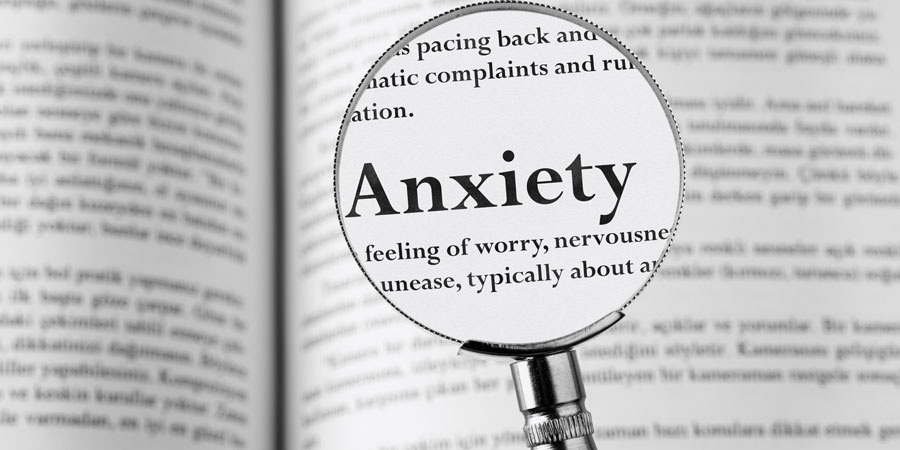 Scott Stossel is a highly intelligent, highly successful person. He’s a respected writer with a mile-long resume, as well as the current editor of The Atlantic. Just this week, Mr. Stossel published My Age of Anxiety, an acclaimed autobiography in which he discusses his lifelong, debilitating anxiety disorder.

Mr. Stossel has had the “best-of-the-best” treatment in conventional medicine, both talk therapies and drugs, but has been unable to control his severe anxiety. Although he admits to dabbling in some holistic approaches to anxiety—including yoga, acupuncture, and St. John’s Wort (which is actually more useful in managing depression)—his book recounts taking one dangerous anti-anxiety medication after another, including:

It’s not surprising. Many of the medications listed above were not even developed for anxiety. They were developed for depression and pressed into duty for anxiety because of a lack of other alternatives that were not highly addictive or toxic. Klonopin, which Mr. Stossel found of some use, significantly impairs mental function. Antipsychotics, which again were not meant for anxiety but are sometimes used for it, are particularly dangerous.

It’s heartbreaking that Mr. Stossel, like most of the 40 million American adults suffering from anxiety disorders, has apparently never been told that GABA (gamma-aminiobutyric acid) can be taken as a supplement. GABA is what our own body produces to control anxiety. It is a naturally produced neurotransmitter that regulates neuron firing and calms brain activity. GABA deficiency can cause, among other things, insomnia, ADHD, and anxiety.

Of course, the natural solution is simply to give your body some help by supplementing with GABA. Because GABA supplements are safe, effective, nontoxic, and not habit-forming, this is perhaps the best way to combat mild to severe anxiety. It’s also relatively cheap, although you will need the best GABA and should not try to use cheap substitutes.

Anti-anxiety drug sales currently top out at several billion—that’s per drug, per year!Big Pharma isn’t in the business of non-addictive, cost-effective anxiety solutions. Instead, they offer such chemical solutions as benzodiazepines, a class of tremendously addictive anti-anxiety and sleep drugs that include Xanax and Ambien. These drugs work to stretch out the effects of the GABA that your body already produces.

Even in low doses, these “benzos” can cause confusion, depression, and impaired memory and thinking. Long-term use can cause confusion, lack of coordination, slurred speech, weakness, tolerance, dependence, and withdrawal. In his book, Mr. Stossel, citing a 1984 study showing that long-term benzo-use can actually shrink your brain, expresses his own fears about his long-term benzo use: “Does this explain why, at the age of forty-four…I feel stupider than I used to?”

Sadly, Mr. Stossel’s book discusses GABA’s role in the brain without even considering supplementation. Does the author even know that supplements exist?—probably not. The book also directly addresses the failures of conventional medicine (“Dr. Harvard…seemed to see me as a type—an anxiety patient—to be treated with a one-size-fits-all approach: drugs”). Despite this insight, Mr. Stossel does not seem to understand that simply replacing what the body lacks—the very definition of supplementation—can help manage even the most debilitating conditions.

How could someone as well-connected and well-educated as Mr. Stossel not hear of taking GABA as a supplement? It’s a deadly combination of four factors:

It’s important to note that not all GABA supplements are created equal. They should be in advanced, bioavailable form. Lesser versions may be affected by the digestive process in a way that limits their effectiveness. A member of our ANH-USA team has had excellent experience with Thorne Research’s PharmaGABA-100. A useful but not complete list of other high quality producers would include Life Extension Foundation, NOW Foods, and Jarrow Formulas.

Don’t end up like Mr. Stossel, suffering a tragically impaired life, because the FDA, Big Pharma, and conventional doctors have failed to give you information about natural alternatives. But, as always, be sure to seek advice from an integrative doctor before trying a new supplementation regimen.