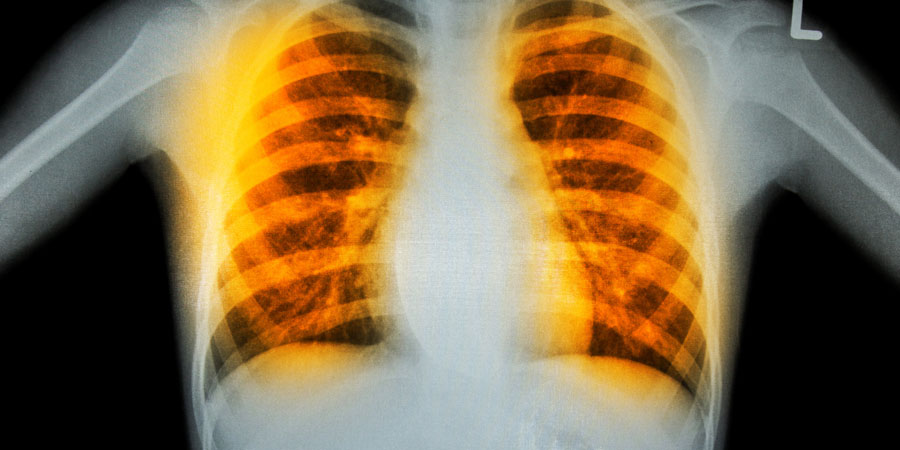 While policymakers and many in the scientific community are worried about measles, a deadlier threat from drug-resistant diseases like tuberculosis lurks on the horizon. Action Alert!
The measles outbreak in California has unleashed a storm of heated debate across the country, including multiple calls for mandatory vaccinations at both the federal and state level. What is the extent of this outbreak that has unleashed such energetic debate, you might ask? A total of 178 cases out of a population of 320 million people.
While we certainly do not want to disregard the seriousness of measles, there are important questions being asked about the efficacy of the vaccine as well as its safety. And good sense seems to dictate that the response should be proportionate to the severity of the threat. With measles getting all the headlines, there is a much more serious problem that is not getting the attention it warrants.
As we’ve reported before, tuberculosis (TB) is one of the world’s most common diseases mainly because it is so highly infectious—it’s spread with a mere cough or sneeze. It’s second only to HIV as the leading infectious killer of adults worldwide.
The World Health Organization estimates that two billion people—that’s one-third of our planet’s population—are infected with the bacteria that cause TB. Ten percent of these carriers will become sick, and if left untreated, half of those will die from the disease.
TB is becoming resistant to multiple drugs, and many health experts fear it may become “virtually untreatable.” One particularly scary strain of TB, known as XDR-TB (XDR stands for “extremely drug resistant”), has no known cure. The Centers for Disease Control and Prevention (CDC) warns that multi-drug resistant TB is one of our “most significant global threats.”
This isn’t just a problem for developing countries, either. Just a few weeks ago, twenty-eight high school students in Kansas were infected with TB. In 2011, the most recent data available, 536 Americans died from TB, and in 2013 there were over 9,500 cases of TB reported.
As we’ve shown before, the overarching problem that produces these superbugs is antibiotic overuse—both by doctors who rely too heavily on antibiotics and by industrial farming operations. Consider these statistics: a Medscape poll found that 95% of healthcare professionals said they prescribe antibiotics when they aren’t sure they’re needed. A whopping 70% of all antibiotics used in the US are used on livestock. There’s even evidence that pesticide and herbicide use contributes to antibiotic resistance.
As of last Friday, the Obama Administration has released a plan intended to address the issue of antibiotic resistance, but it leaves much to be desired. Much of the plan focuses on heightened surveillance, slowing the spread of drug-resistant bacteria, and developing new antibiotic drugs. These measures are akin to putting band-aids on a gushing wound. To really address this threat, what we need is a shift in thinking about how we treat disease.
Fortunately, some health experts are starting to realize the flaw in conventional medicine’s paradigm. Dr. Justin Denholm, an infectious disease epidemiologist at the Royal Melbourne Hospital in Australia, put it this way: “The reality is that this one-size-fits-all approach is a major part of what’s led to this drug resistance issue. I think individualized treatment is what we should be aiming for.”
This, of course, is what integrative doctors have been saying all along: the innate effectiveness of drugs diminish over time, and an absolute reliance on drugs is unsustainable.
There are other ways to fight disease. Two studies have now linked vitamin D to the successful prevention and treatment of TB. In the first study, white blood cells converted vitamin D to an active form of the vitamin, which helps make a protein that kills the TB bacterium. In the second study, Indonesian scientists compared vitamin D to a placebo, testing them on seventy patients for nine months. The patients who received 10,000 IU of vitamin D (rather than the 600 IU recommended by conventional medicine) led to an astounding 100% cure rate.
There have also been studies which show that ozone therapy—which increases the amount of oxygen in the body—can be an effective treatment for TB. There are many other integrative strategies for controlling pandemic bugs. We need these to be ready for the next pandemic.
One immediate measure we could take is to support efforts such as the new bill from Rep. Louise Slaughter (D-NY), which would preserve antimicrobial drugs for human use only. That is just a start, but a good start.
Action Alert! Tell Congress to support Rep. Slaughter’s Preservation of Antibiotics for Medical Treatment Act, which would reduce the use of antibiotics on livestock and thus take steps towards addressing drug-resistant diseases like TB. Please send your message immediately!

8 responses to “Are We Ignoring the Next Pandemic Risk by Focusing on Measles?”