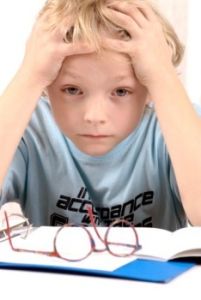 Some doctors are now prescribing long-term ADHD medications to low-income kids who don’t have ADHD—simply to boost academic performance.

One physician, Dr. Michael Anderson of Canton, Georgia, calls ADHD a “made up” disorder, “an excuse” for doctors to prescribe Adderall to treat poor academic performance in inadequate schools. According to a disturbing article in the New York Times, increasing numbers of doctors are prescribing stimulants to struggling students in low-income areas—even though the child may not have ADHD—because the drugs are thought to help the kids achieve higher grades.
Adderall may seem to help kids improve their grades. It is in the class of drugs called amphetamines which are also called “speed.” But they are also highly dangerous and controlled substances with recognized side effects including growth suppression, increased blood pressure, and in some cases psychotic episodes: seeing people and hearing voices that are not there, and feeling suicidal.
If a child has real, not phony, ADHD or ADD, better, more natural alternatives exist to treat it. There’s also a promising new treatment to add to the list: neurofeedback training.
Even when doctor and patient reject a more natural approach and want to use a drug, a one-size-fits-all approach will not work. Human beings have important differences, and not just the obvious ones of age or gender; differences which are currently ignored in drug research.
For example, SSRIs and the smoking cessation drug Champix have been linked to suicides or violence—results which could reflect genetic variations that make the drugs metabolize poorly. Consider this:

In other words, no medication should be given to all patients as a kind of panacea—least of all children with their growing brains and immune systems. Drugs should always be carefully tailored to an individual’s specific needs.