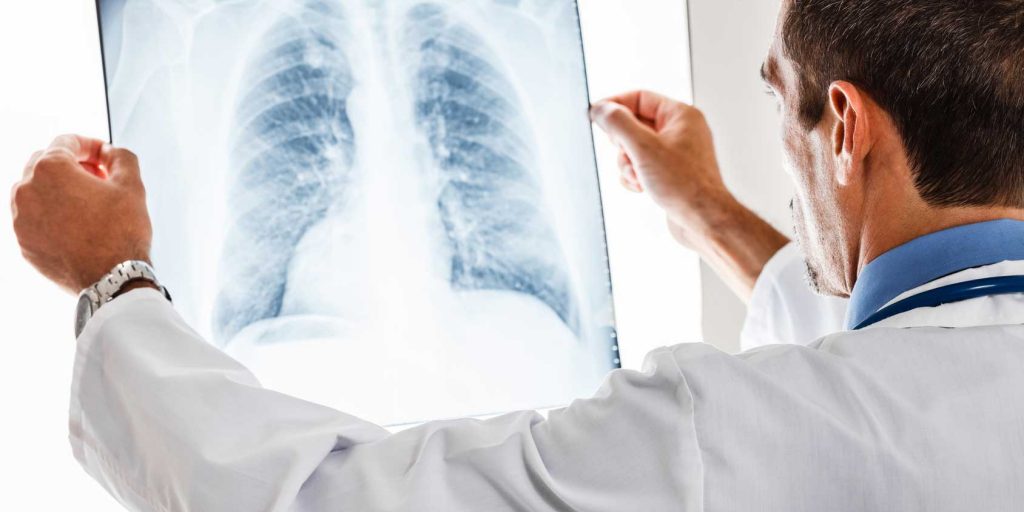 It could be caused by acid blockers, but there are plenty of other possibilities. Most of Hillary’s symptoms could be side effects of drugs she is taking.
Hillary Clinton’s recent pneumonia diagnosis followed her collapse after the 9/11 memorial service. Senate Minority Leader Chuck Schumer (D-NY) revealed this month that he too had been diagnosed with pneumonia.
Pneumonia is an infection of the lungs—specifically, inflammation of the alveoli—which can be caused by bacteria, fungi, or viruses. Secretary Clinton’s doctor has said that hers is bacterial.
Acid blockers have been identified even by mainstream medicine as a leading cause of pneumonia. Why? They work, of course, by shutting off acid in the stomach, which allows more pathogens into the rest of the body. Normally, strong acid could kill the bugs. Without it, they can make their way into the lungs.
Acid blockers can also inhibit immune cells, reducing the body’s ability to fight off infection. In fact, acid blockers can shut off acid production in every cell in our body, as recent research has shown.
Ironically, for most people—especially people over 40 or 50—the cause of their stomach problem is very likely to be insufficient acid production, as we have pointed out here, here, and here. Low stomach acid—also called hypochlorhydria—affects about half of the population. Even young people can have insufficient acid, especially if they have a bacterial H. pylori infection (the bacteria shut off acid for their own protection) or a viral Epstein-Barr infection, best known as the cause of infectious mononucleosis (“mono”).
And, yes, acid blockers often make the original problem—stomach pain—worse. Too little stomach acid is more often than not the culprit behind indigestion and stomach pain. Taking acid blockers in these cases offers temporary relief but over time just makes the problem much worse.
Pneumonia is just one of a long list of serious illnesses linked to acid blockers. Others include chronic kidney disease, acute kidney disease, dementia, heart attacks, heart palpitations, muscle cramps, convulsions, weak bones, and more. Some of the problems may be linked to the difficulty we have assimilating and using protein and minerals when we deliberately reduce the stomach acid (as we do with these drugs). We need the acid either for digestion or for producing enzymes necessary for digestion.
Hillary Clinton has also had a cough for many months on the campaign trail. A cough can be caused by a host of factors, very commonly by acid reflux. Either before or after the cough, a doctor could very easily have prescribed her an acid blocker to give relief. Steroids are also commonly prescribed to treat a cough. Bill Clinton relied on them heavily when he was running for president in 1992 and almost lost his voice. The problem is that they also suppress the immune system and thus make the body more susceptible to illness.
There is another reason to suspect that both Sen. Schumer and Secretary Clinton have been on acid blockers. Acid blockers are the third–largest class of drugs in the country, accounting for more than 110 million prescriptions and $13.6 billion in sales for the Big Pharma companies peddling them. They are prescribed for almost anything, sometimes even for reflux during pregnancy, even though both mother and child really need the stomach acid to be sure that food is not just ingested, but digested.
An additional note on pneumonia: mainstream doctors advise getting vaccines to prevent this illness, yet Clinton’s doctor said she is up to date on all vaccinations, including the pneumonia vaccines (Prevnar and Pneumovax). The efficacy of these vaccines has been challenged, and Clinton’s case reaffirms that they may not work.
There are other questions about the extent to which Clinton’s health problems are caused by mainstream medicine. We know, for instance, that Clinton is taking Coumadin, a blood thinner. Side effects for this drug include sudden dizziness, headache, weakness, and weak bones, among a host of other conditions. This is a dangerous drug. Clinton’s doctor said it was used to dissolve her brain clot from an earlier health episode, but Coumadin does not dissolve clots. It does, however, prevent new clots from forming. Was Coumadin involved in Clinton’s health problems on September 11? No one knows.
Being famous can be a double-edged sword when it comes to medicine. We all know that a variety of physicians wanted the honor of treating George Washington during his last illness, but together they killed him. One has to wonder whether many of Hillary’s health issues are not themselves being caused by the drugs she is being given.

Other articles in this week’s Pulse of Natural Health:
Free Speech: FDA Goes on the Attack Again
Key Brain Health Herb about to Disappear
Share This Post

10 responses to “Did Big Pharma Cause Hillary’s Pneumonia?”