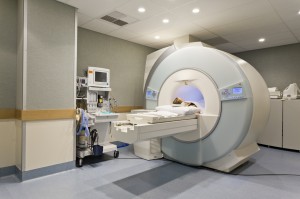 His treatment was all wrong.
President Obama was recently taken to the hospital to get a persistent sore throat checked. The tests showed a bit of swelling in the back of the president’s throat, so a CT scan was ordered. The scan came back normal—it turned out that acid reflux was to blame. News reports don’t say, but we can assume that acid blockers, the standard treatment for reflux, have been prescribed.
Once again, mainstream medicine got everything backwards. Far from solving the problem of acid reflux, conventional medicine is actually making people sicker using the very diagnostic procedure the president received and the prescription he was likely given.
About 100 million Americans suffer from acid reflux every month. If the pain subsides when the patient takes antacids, that’s usually enough for a diagnosis of acid reflux disease. But if further tests are undertaken before a diagnosis, as was the case with President Obama, CT scans are routinely ordered.
CT scans—more formally called X-ray computed tomography—use computer-processed X-rays to produce tomographic images (virtual “slices”) of the body, allowing one to see inside without surgery. However, as we have reported previously, the radiation from CT scans present a significant cancer risk. If you receive ten CT scans in your life, you get as much radiation as did the survivors of Hiroshima and Nagasaki—about 200 mSv. The A-bomb survivors have had 46% more deaths from leukemia and 11% more solid cancer occurrences (tumors, as opposed to non-solid cancers like leukemia) than the general population. An estimated 70 million CT scans are performed in the United States every year. In most cases, doctors have no idea how many scans the patient has had over a lifetime, even though the damage is cumulative. Keep in mind that as many as 14,000 people dying every year of radiation-induced cancers.
Why do CT scans cause cancer? Because ionizing radiation (mainly X-rays and gamma rays) interacts with living tissue, which releases a lot of reactive oxygen and nitrogen, which results in free radical damage to vulnerable DNA strands. When DNA genes that regulate cellular proliferation are damaged, the result can be the formation of cancer.
The Life Extension Foundation notes that you can protect against this kind of risk by supplementing with antioxidant nutrients and herbs:

In addition, Dr. Ronald Hoffman recommends melatonin and n-acetyl cysteine if you have had a CT scan. Also be sure to minimize your exposure to oxidant-inducing stresses such as smoking and alcohol.
The tragedy is that CT scans are completely unnecessary for a diagnosis of acid reflux. The better and far safer test is to simply determine the acidity level in the stomach. Dr. Jonathan Wright (one of ANH-USA’s recommended physicians) gives his patients a Heidelberg capsule—a high-frequency radio transmitter—and every step of the patient’s intestine is measured for real pH. Besides the Heidelberg capsule, other tests are available to measure the pH levels in the stomach.
Of Dr. Wright’s nearly 2,000 patients with acid issues, all but two had low stomach acid. His research proves that acid reflux is caused in most cases by not having enough acid in the stomach rather than too much—just the opposite of what drug companies and therefore mainstream medicine would have us believe.
Weak stomach acid forces the stomach to resort to fermentation, a secondary and undesirable way to digest. This causes gas, which in turn causes pressure, which then causes heartburn, acid reflux, and GERD (gastroesophageal reflux disorder). It is likely that the lack of acid also means the stomach does not send a signal for the esophageal valve to close, which means that any backup will reach the throat, where it causes damage and can lead to cancer.
Antacids may temporarily halt the fermentation and make the reflux reaching the throat less burning, but they actually make the underlying issue worse, since much-needed stomach acid is reduced. And that is only the beginning of the nasty side effects.
As we discussed in 2012, the most commonly prescribed type of acid blockers—proton pump inhibitors (PPIs)—have been associated with a number of undesirable results, including reduced calcium absorption, associated with an increased risk of bone fractures in women; reduced absorption of other minerals and key nutrients; an increased risk of pneumonia (because an acid-free stomach lets pathogens into our body); and an increased risk of dementia in elderly African Americans and probably in others. Dr. Mercola also notes that prescribing PPIs makes you develop both a tolerance and a dependence on them. You have to wean yourself off them gradually or else you’ll experience a severe rebound of your symptoms, and the problem may end up being worse than before you started taking the medication.
Mainstream medicine, however, is wedded to the notion that antacid drugs are the way to go. Why? Because they are huge money-makers. In 2008 drug companies saw sales of over $10 billion, and their use has been growing tremendously in the past six years.
There are, as we pointed out last year, far safer and more effective natural remedies for GERD. Hydrochloric acid and enzyme supplements help the stomach regain proper amount of stomach acid. Other supplements that are being used with success on acid reflux include d-limonene, melatonin, l-tryptophan, d,l-methionine, betaine, folic acid, vitamin B6, and vitamin B12. Apple cider vinegar and papaya tablets have been shown to help as well.
The FDA says supplements can’t be used for medical treatment because they are not approved. Here’s the irony of it all: acid blockers also aren’t approved by the FDA for long-term treatment, yet that is exactly how they are used. Doctors prescribe them and people take them for years, seriously undermining their health. They are often given in hospitals for no apparent reason at all, starting patients on the short road to a dysfunctional stomach.
The next time you see a drug company ad for the acid blockers, look closely at the text. Does it say that these drugs will cure reflux? No. The drug companies know well enough that they won’t. We know about all the drug company money flowing to medical schools and doctors. But even so, why do medical school and doctors allow this to go on?