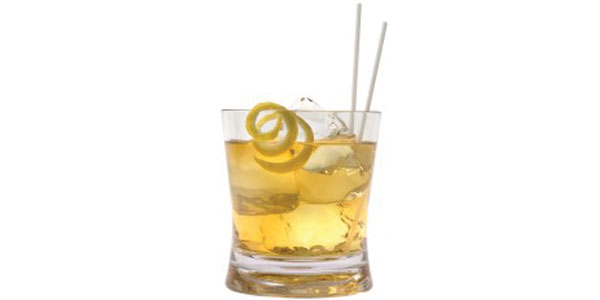 Three innovative products, but only one has the official go-ahead. Why can’t the government get out of the way and let women protect themselves?
This spring, a group of four engineering students at North Carolina State University announced they had developed a fingernail polish that changes color when it comes into contact with drugs like Rohypnol (“roofies”), Xanax, and GHB, which rapists commonly put into women’s drinks. They named the company Undercover Colors, and claim to be “the first fashion company empowering women to prevent sexual assault.” The woman just dips her finger slyly into her drink as if to stir it, and if her fingernail changes color, she has just avoided getting drugged—or worse.
Besides the nail polish, an Israeli team working at Tel Aviv University has proposed a color-changing swizzle stick that would indicate if GHB, Rohypnol, or ketamine were present—it’s a variation on the theme, only this time you don’t have to stir your drink with a finger. The swizzle stick, according to the manufacturer, is “not in stock,” which is a quiet way of saying that the FDA is requiring both products to undergo FDA pre-approval. The government is concerned that chemicals from the nail polish and the swizzle stick could possibly leach into the drink.
One alternative—and the only similar product that is currently on the market—is a coaster that will change color in the presence of GHB or ketamine. The company says most people slosh their drinks a little, but even if you’re a neatnik, you can easily drip some liquid onto the coaster with a finger or a straw.
We think all three products are problematic. With the coaster, you have to spill enough of your drink on it to get a reading—something that can’t be done surreptitiously. On top of that, the pH of certain drinks interferes with the chemical reaction on the test strip, and the coaster isn’t able to test for Rohypnol—only GHB and “Special K.” And of course we don’t like the idea of potentially coming in contact with the chemicals from the other products, even though the risk appears pretty small. What is needed is a new product—perhaps a different type of swizzle stick—that not only IDs the date rape drugs without leaching but might also detect too much alcohol.
Unfortunately, because of the FDA’s stance on the issue, it’s clear that no one will try to develop this much-needed product. The agency should get out of the way so that scientists and entrepreneurs can help solve the problem of date rape and provide desperately needed protections. The coaster is better than nothing—but the FDA shouldn’t make it the only option. It’s not practical and doesn’t really do the job.
This is not the first time bureaucratic FDA regulations completely lacking in common sense have slowed down innovation:

As we have said many times, the US Food and Drug Administration is broken. It needs to be reformed from the ground up.
So which does one choose? Protection from date rape, or the possible ingestion of chemicals? The point is, women should not have to choose—and the FDA should stop putting the brakes on cutting-edge research with real-world benefits.