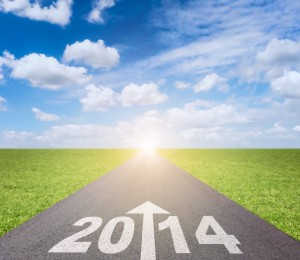 We couldn’t have done it without you, and the help of other health advocacy organizations. Much more remains to be accomplished in 2015.

FDA proposed a new 109-page set of rules for revising nutrition and supplement labels. It included a provision that would have banned the word “folate” from supplement labels, even though the human body needs natural folate to synthesize and repair DNA. Banning the word on the label was a roundabout way of banning this vital natural vitamin and turning it over to drug companies for their exclusive use. The rule would also decrease the recommended daily amounts of many important vitamins and minerals, even though many RDAs are already too low to have any real therapeutic effects.
In response, ANH-USA, together with the Organic Consumers Association and the Weston A. Price Foundation, submitted formal comments to the FDA. Our comments contain forty pages of legal and scientific analysis conducted by ANH-USA. We will consider legal action if FDA does not address our concerns.

We fought the FDA’s recent attempt to stop supplement research. The agency wants to require Investigational New Drug applications costing millions for clinical studies of the healing effects of foods and supplements, followed by human trials costing billions. We regard this as another roundabout way of eliminating food and supplements from any potential competition with FDA approved patented drugs.
The idea of doing this by effectively stopping research on food and supplements is appalling, particularly coming from a federal agency supposedly charged with protecting our health. We interviewed many prominent researchers who expressed their opposition to this guidance, then submitted formal comment, and you sent thousands of messages to the FDA. We will continue and win this fight in 2015.

Last year we secured important amendments to the compounding legislation, and we are now closely monitoring the rule-making process. You may recall that last May, the Senate Appropriations Committee criticized the FDA for ignoring doctors, patients, and compounding pharmacists by issuing proposed new rules on compounding without sufficiently consulting stakeholders.
ANH-USA is working with a broad coalition of doctors and pharmacies to address the FDA’s troubling implementation of the compounding law, including:

As we reported earlier, compounded medications are a vital part of natural health, and fewer compounded drugs may be available from outsourcing facilities under these new FDA rules. Critical products likely to be banned include estriol, the bioidentical form of estrogen; compounded IV nutrients; desiccated (complete) thyroid medications; and 17P.

FDA is currently drafting rules that implement the 2011 Food Safety Modernization Act. Some of the rules that were initially proposed resulted in a strong outcry from small and organic farmers, prominent members of Congress, consumers, and even big business. This response is presumably what caused the FDA to backtrack considerably, and the agency addressed some of the concerns we had raised.
On September 19, the FDA released several revised rules for public comment, including changes to soil and manure provisions pending further study, and spent grain rules. While many of the proposed revisions were a step in the right direction, we will have to remain watchful that the FDA addresses the many concerns raised by the public when issuing their final rules. This includes making sure that the FDA does not contravene organic regulations when they ultimately decide on the appropriate interval between manure application and harvest (pending further study), and ensuring that if a small farm has its exemption revoked, they would have more than just 120 days to come into compliance with the food safety regulations—particularly in light of the fact that the standard window of time to comply with the food safety regulations is six years.

ANH-USA submitted a legal petition to the FDA to remove phthalates from all drugs. It would replace the non-binding guidance currently in place that “recommends” safer alternatives, since that guidance has been easy to ignore. Six months later, FDA wrote an interim response to our petition, explaining that because our petition raises such a complex issue, they haven’t been able to reach a decision yet. This could be a stalling tactic. We are currently awaiting the decision and will continue to monitor FDA’s actions to ensure proper treatment of this issue.

ANH-USA attended the biennial National Organic Standards Board meeting. We provided official written and oral comments on many of the important issues the board addressed. It is important to attend and monitor this process to protect the integrity of organic standards. Some of the hot-button issues we are especially concerned about include:

Prop 65 is a well-intentioned California law that is meant to warn consumers of toxic exposures in products. Unfortunately it has been misused by opportunistic lawyers trying to shake down supplement companies for cash via quick settlements. Money from these lawsuits is not used to protect the environment or citizens, but simply to fill the pockets of lawyers and private plaintiffs. Lawsuits—and the threat of lawsuits—have also resulted in ubiquitous warnings that either confuse or mislead consumers or do not effectively warn them about dangerous exposure. Further, litigation costs frequently get passed along, at least in part, to consumers.
Supplement companies are particularly vulnerable targets since some toxic substances occur naturally in trace amounts in the environment and thus inevitably end up in the natural ingredients that make up dietary supplements, despite the best efforts of many companies to make exposure as low as possible. For example, spinach usually has a small amount of lead in it. Our bodies are designed to eliminate this lead, and spinach remains a very healthy food. The law doesn’t allow companies to provide this kind of contextual information on warning labels. Consumers may not realize that their exposure to the substance is incredibly low, usually much lower than many of the foods they purchase in the grocery store.
Responding to concerns by consumers and industry alike, the California Office of Environmental Health Hazard Assessment and the state’s attorney general have finally decided to open the Prop 65 rules for potential revision. ANH-USA used this opportunity to provide formal comments to ensure Prop 65 in practice better mirrors the law as originally intended. We are also submitting legal briefs in support of positive legal action and will continue to follow this issue in 2015.

We succeeded in saving HSAs in the Affordable Care Act. This was a hard-won victory since many legislators wanted to eliminate major medical policies with any deductible. We needed the deductible so that people could pay for their natural medicine care from an HSA. This worked as we hoped, but had an unexpected consequence: on the one hand, preserving the high deductible has helped people interested in natural health; on the other, the deductibles in exchange policies have soared as a safety valve for price increases, so that people are now struggling to pay medical bills on top of paying for their insurance.

We have worked very hard to build and cement relationships—with Congress, various agencies, practitioners, and consumers like you. This has allowed us to educate Congress and key committee members about our issues as a proactive measure, setting the groundwork for wider-reaching political issues like the NDI guidance. Our consumer advocacy work has been very strong in the supplement, GMO, and compounding areas.

This year, supplement foe Rep. Waxman (D-CA) retired. We can’t claim credit for that, since we don’t engage in any partisan politics, but it is a milestone worth marking. Over the years, we were able to protect the American public from many of the legislative threats he sponsored:

Waxman’s retirement left Sen. Durbin as natural health’s primary antagonist on Capitol Hill. Due to continued lobbying by ANH-USA, his Dietary Supplement Labeling Act of 2013 did not move at all this year. He was also unable to attempt to sneak any language into must-pass bills as he did in the past.
Sadly, our friend and natural health champion Sen. Tom Harkin (D-IL) is retiring. This means we will need to be especially vigilant in the next year to protect access to supplements; we predict that the next version of the NDI draft guidance will be released after Harkin officially retires, and we will be ready to continue the fight.