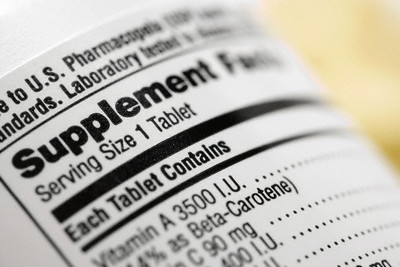 Sen. Durbin’s disingenuous “Dietary Supplement Labeling Act,” which we told you about last week, needs to be defeated. Please contact your senators!
The bill, S.1310, is finally available for viewing by the American public. It exploits the Lazy Cakes incident, where a rogue food company decided to put melatonin into brownies and allowed them to be sold to children. But that case was about the illegal actions of a food manufacturer, whereas this bill is simply another attempt to limit your access to dietary supplements.
The proposed law trusts the FDA and the Institute of Medicine (IOM) to decide what levels and combinations of dietary ingredients are considered safe and what aren’t. Given the FDA’s profound bias against supplements, and the skewed, anti-science recommendations of the IOM’s recent vitamin D report, these are hardly trustworthy sources of guidance!
If the bill is passed, neither the FDA nor the IOM will even be subject to any clear standards. They can just make it all up as they go along. Their judgments can be completely arbitrary.
The whole thrust of British and American constitutional history is telling the government it can’t just do anything it likes. There must be written standards and rules encoded in law. The government must follow those standards and rules like anyone else. It can’t just be arbitrary.
Durbin’s bill in other sections just reinvents the wheel, authorizing the FDA to do what it is already authorized to do, but with vague new language that could prove troublesome later. This isn’t needed. The FDA is fully empowered to enforce the many laws and regulations which already exist—provided by DSHEA, the Nutrition Labeling and Education Act, the Fair Packaging and Labeling Act, and Good Manufacturing Practices guidelines.
Sen. Durbin’s bill needs to be defeated. Period. That said, it’s a bill that modifies the procedures set forth by DSHEA, the Dietary Supplement Health and Education Act of 1994. And any bill that modifies the procedures set up by DSHEA should have at least two elements that are not in Durbin’s bill. It must:

FDA is supposed to be concerned with food and drugs; supplements are their own category, utterly different from either food or drugs, so they should not fall under the same agency’s administrative power. This is especially important since the FDA is so hostile to supplements and so beholden to drug companies.
Both the Durbin bill and the dangerous FDA’s proposed NDI guidance (see our new article on NDIs in this issue) seek to give the FDA broad new authority to disapprove supplements or supplement ingredients on totally arbitrary grounds, with no rules or standards. If allowed to stand, over time this will drastically reduce the number of supplements and supplement potencies, raise prices substantially, injure our ability to take care of our health, raise healthcare costs, stifle supplement innovation, and cost millions of jobs in the supplement industry.
For now, though, the Dietary Supplement Labeling Act needs to be defeated. S.1310 has been referred to the Senate Health, Education, Labor, and Pensions Committee for further deliberation. If you have not done so already, please contact your senators and representative to voice your opposition to this bill. Please take a moment to send your message now.

47 responses to “Disastrous Durbin Bill Finally Online—Help Us Get It Stopped!”