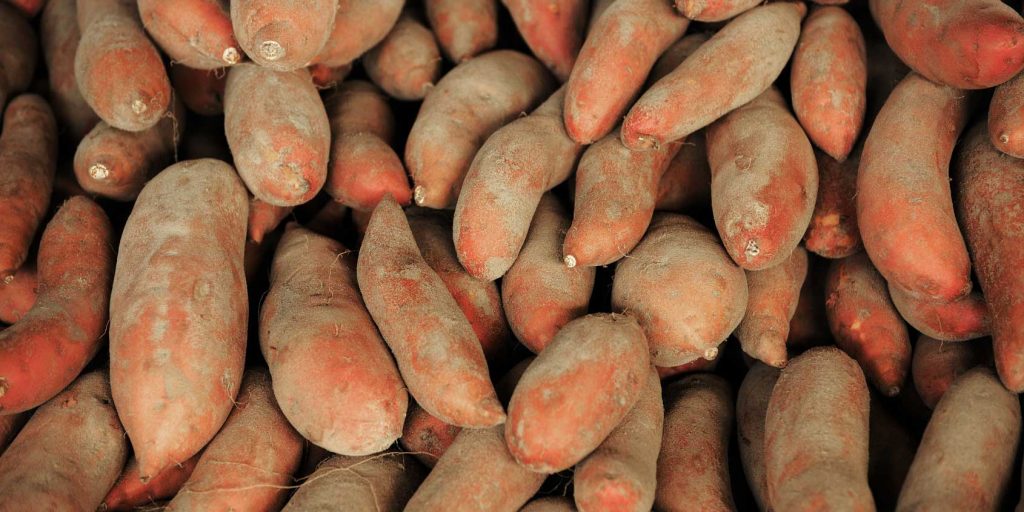 “GMOs will help feed the world.” This is what we hear, in one form or another, as one of the main arguments in favor of GMO technology. It may be a good tactic, but is not a truthful one.
The scientists who just won the World Food Prize have provided useful evidence that we don’t need GMOs to feed the poor. They were able to use conventional plant-breeding techniques to fortify sweet potatoes with higher levels of vitamin A.
Vitamin A deficiency is pandemic in Southeast Asia and Africa. It causes blindness, stunting, and immune suppression, making people more vulnerable to disease and death. This condition affects an estimated 140 million preschool children in developing countries, and is the leading cause of childhood blindness.
Sweet potatoes are a traditional source of vitamin A in the human diet. The new vitamin-enriched sweet potato, along with other vitamin and mineral-enriched crops (such as iron- and zinc-fortified beans, rice, and wheat), are estimated to have helped 10 million people already.
Let’s compare the success of these conventionally bred crops with the track record of Golden Rice, the example often used by proponents of GMOs to help make their case. Golden Rice is white rice that has been genetically engineered to synthesize beta-carotene after the carotenoid is stripped away, which happens when natural rice is processed. Time magazine famously heralded Golden Rice as “The Rice that Could Save a Million Kids a Year” in 2000.
Sixteen years later, however, Golden Rice has failed in almost every respect. Farmers and agricultural experts have not been able to grow Golden Rice as successfully as other non-genetically modified rice strains, despite boatloads of research money being thrown at the problem from the Rockefeller and Bill & Melinda Gates Foundations. In one country actively working to cultivate Golden Rice, the Philippines, vitamin A deficiency is declining without the use of Golden Rice, from 40% of children aged six months to five years in 2003, to 15% in 2008. (You can read more about Golden Rice in our newly updated GMO Facts microsite.)
It’s also interesting to note that almost none of the news coverage of the vitamin-enriched sweet potato mentions that it is not genetically engineered. Is this a deliberate omission in an effort to propagate the myth that we need GMOs to feed the world, or did all of these news organizations coincidentally make the same error? You decide.

Other articles in this week’s Pulse of Natural Health:
Glyphosate: Will the EPA Capitulate to Its Cronies?
Tylenol During Pregnancy Linked to Autism

8 responses to “Do We Really Need GMOs to Help Feed the Poor?”