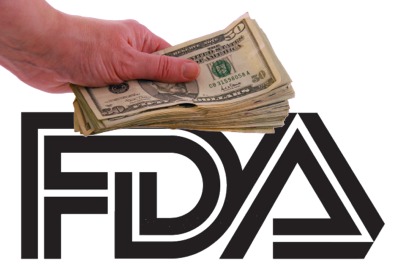 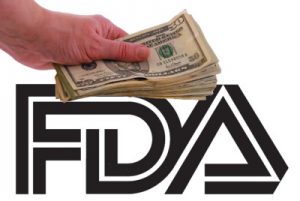 Tragically, the drug they endorsed is killing the women who take it. Why is FDA doing this?

The birth control pills Yaz and Yasmin, which were endorsed by an FDA advisory committee last December, contain a drug called drospirenone. Women who take it are nearly seven times more likely to develop thromboembolism (obstruction of a blood vessel by a blood clot, which can cause deep vein thrombosis, pulmonary embolism, stroke, heart attack, and death) compared to women who do not take any contraceptive pill, and twice the risk of women who take a contraceptive pill containing levonorgestrel. Thousands of women have filed a lawsuit against Bayer, saying they were injured by Yaz or Yasmin.
Why would the FDA approve such a dangerous drug? An investigation by the Washington Monthly and the British medical journal BMJ found that at least four members of the advisory committee have either done work for the drugs’ manufacturers or licensees or received research funding from them. The members reported their industry ties to FDA, but FDA decided it didn’t matter and didn’t make the disclosures public.

Each of those four panelists who received money from the pill’s manufacturer voted in favor of the pill. Interestingly, the committee’s ruling that the drug’s benefit outweighs the risks was decided by a four-vote margin.
Ironically, while the FDA allowed voting by advisors with business connections to drospirenone, the agency barred another advisor and former researcher, Sidney M. Wolfe, on the grounds that he has an “intellectual conflict of interest.” Six years earlier, Wolfe had advised his readers not to take Yaz based on several years of data—and this was before the latest studies had been published. Because of this, he was barred from voting.
So apparently people with monetary conflicts of interest are allowed to vote, just not those with “intellectual” conflicts of interest!
FDA also didn’t provide the panel with recently unsealed court documents revealing that former FDA commissioner David Kessler had accused Bayer of hiding data on blood clot risks associated with Yaz and Yasmin. Kessler also reported that they paid $450,000 to a high profile gynecologist to sponsor the pill, including off-label use of the drug, during her book tour.
Bayer, of course, has a strong vested interest in getting endorsements for Yaz and Yasmin—in 2009 Yaz was top-selling birth control in the US.
This is not the first time that an FDA advisory panel has recommended an unsafe drug. As we reported three weeks ago, an FDA committee endorsed the weight loss drug Qnexa, a diet pill that has documented risks of causing birth defects and heart problems.
The conflicts of interest don’t stop with government bodies; they are also rampant among medical professionals of all kinds. Drug companies pay doctors, researchers, and medical experts for speaking engagements and “consulting” jobs—all of which is perfectly legal despite a blatant conflict of interest. The public interest news organization ProPublica has a Dollars for Docs database that shows more than $760 million in payments from drug companies to physicians and other healthcare providers for consulting, speaking, research, and expenses. (For more about pharmaceutical conflicts of interest, please see our other article in this issue!)
Many of these physicians and researchers are employed by the state and paid with tax dollars—and they are the ones shaping states’ health policies. In Texas alone, from 2009 through early 2011, researchers and physicians received at least $57 million in cash payments, research money, free meals, and other benefits—on top of their quite generous salaries. The Texas attorney general has sued Janssen Pharmaceuticals and its parent company, Johnson & Johnson, for offering kickbacks to state health officials to get the schizophrenia drug Risperdal on the approved list of medications paid for by the state.
A provision in the Obama healthcare reform act will require pharmaceutical companies and manufacturers of medical supplies to disclose all “payments of value” to physicians and medical professionals on a federal government website. This includes food, entertainment, gifts, travel, consulting fees, honoraria, research funding, stocks, conference funding, and royalties—anything in excess of $100 a year. Penalties for noncompliance can reach as high as $1 million.
Critics are concerned that the disclosure law won’t show context—some doctors, for example, might spend months studying the effects of the drug, but people visiting the website will assume that all such payments are payoffs, thus tarnishing the reputations of supposedly upright medical professionals. But how can one be truly independent if one takes money from a drug company? The disclosure provision merely attempts to bring greater transparency to the relationship without outlawing the practice altogether. The rule may also bring down healthcare costs if doctors stop recommending the more expensive drugs which are marketed so heavily.