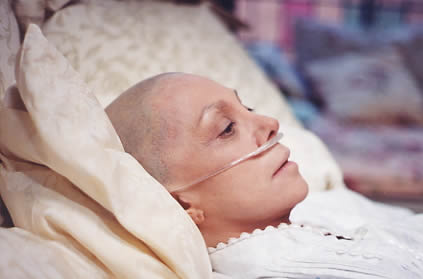 On July 25, famed civil rights attorney Jonathan Emord will be hosting a briefing on Capitol Hill about the FDA’s refusal to allow terminally ill patients access to experimental treatments. In addition, actress Diane Ladd will screen the riveting documentary Cut Poison Burn, narrated by Peter Coyote.
As we reported in May, FDA currently allows something called “expanded access”—the use, on a case-by-case basis, of an investigational drug outside of a clinical trial to treat a patient with a serious or immediately life-threatening disease or condition who has no comparable or satisfactory alternative treatment options. Once FDA approves, the drug manufacturer and the patient’s doctor must make special arrangements to obtain the drug for the patient, and these arrangements must be authorized by the FDA. In practice, this doesn’t work.
While the sponsor of a clinical trial is often willing to admit dying patients, it is the FDA that blocks access to experimental drugs or to drug trials from new and smaller drug research companies. FDA’s decisions are arbitrary and subjective because the current criteria themselves are subjective, allowing FDA to do whatever it wishes without regard to a patient’s welfare.
Moreover this system only speaks to new drugs in the approval pipeline—no other experimental treatments.
We believe the FDA should change its “compassionate use” or “expanded access” rule so that individuals (often children) who have exhausted all conventional cancer treatments can have all of their treatment choices honored without need to obtain federal government approval—essentially removing FDA from the process.
Emord’s firm has helped develop legislation that would be a powerful corrective to this horrific denial of patient freedom of choice. The briefing and documentary screening will be held so that members of Congress and their staff can learn about the soon-to-be-introduced Freedom of Choice Bill. Under it, any patient diagnosed with a terminal illness, for whom a physician determines FDA approved drugs are likely not curative, may obtain access to any experimental drug upon execution of an informed consent without need for FDA approval.
You may recall that Dr. Stanislaw Burzynski’s nontoxic gene-targeted cancer therapy with antineoplastons is currently undergoing clinical trials for FDA approvals. It would seem that under the current regulations, a terminally ill patient could be denied access to antineoplastons treatment if the FDA rules against his petition. The Freedom of Choice Bill could change all that.
Of course we want to gain as much support and as many cosponsors as possible for the bill when it is introduced. We also want to encourage staffers to attend the briefing on Capitol Hill.
Action Alert! Please write to your congressional representative and ask him or her to attend the briefing, view the film, and cosponsor the legislation.

Leave a Reply to 2¢ worth Cancel reply