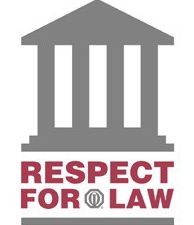 Bolstered by a massive outpouring of support from you, we are asking the agency to withdraw its New Dietary Ingredient (NDI) draft guidance completely!


The period for comments to the FDA on the draft guidance on NDI notifications closed on December 2. Along with the hundreds of thousands of messages you sent and the 20,000 phone calls you made to FDA and Congress, ANH-USA also submitted formal comments.

The problem with the FDA’s draft guidance on New Dietary Ingredients is that it allows FDA to arbitrarily deny the sale of any supplement created (or modified) in the past seventeen years. If you’re a supplement manufacturer or distributor or possibly even a health food store, and you don’t file a NDI “notification” (actually a request for approval) for each ingredient in each product developed since 1994 in just the way prescribed by the FDA, and the court later decides the FDA is right, then you are guilty of product “adulteration,” which is punishable by prison. With your favorite supplements off the market, it also would allow the drug industry to adapt and patent them, and sell them back to you—by doctor’s prescription only—for 10 or 100 (or even more) times what you’re paying now.

Our comments, drafted by acclaimed attorney Jonathan Emord on our behalf, show that the FDA is engaged in substantive new rulemaking, in violation of the federal Administrative Procedure Act (APA). “The APA says if an agency’s action is legislative in nature, that’s rulemaking,” explained Emord. “The guidance distorts the plain language of the laws that govern supplements. FDA needs to comply with the APA’s formal rulemaking requirements, not issue unilateral guidance as a deceptive means of creating new rules.”

We argue that the FDA is acting illegally. The FDA circumvented the regulatory process by issuing a guidance, which gives them cover and flexibility, instead of going through the rulemaking process, which is required when creating a new law—and we believe the guidance in fact does create new law. As a result, FDA’s actions leave interested parties little recourse within the regulatory system.

In technical terms, a guidance is supposed to be legally non-binding. It is meant to simply present the FDA’s interpretation of the rule. However, the NDI guidance goes well beyond an interpretation, and we believe it is in fact a legislative rule with legal implications:


You may recall that Joanna M. Shepherd Bailey, PhD, professor of law and economics at Emory University, demonstrated that FDA grossly underestimated the economic cost of the NDI guidance. Her report found that:


FDA’s analysis did not take into consideration the costs of the expanded reach and requirements of the NDI guidance. The agency therefore misled the Office of Management and Budget, in violation of the Paperwork Reduction Act of 1996.

FDA has arbitrarily determined that supplement companies need to show at least “25 years of widespread use” in order it to meet the “history of safety” standard in NDI notification. In other words, only supplements on the market before October 1986 could be considered “safe.” This is patently ridiculous, since the cutoff date for grandfathered ingredients assumed to be safe, according to DSHEA, is October 1994.

The NDI notification system was intended to ensure safety. The very reason pre-DSHEA supplements were grandfathered is because they had proven themselves safe through years of use by hundreds of thousands of consumers! If safety is of utmost concern to FDA, why does the guidance document burden the supplement industry with regulatory requirements that have nothing to do with proving the safety of the supplements? It appears FDA is acting out of spite—and not in the public’s best interest. Moreover, many of the provisions in the guidance are totally unrelated to safety and serve only to limit consumers’ access to nutritional supplements.

We believe FDA will be unable incorporate enough changes to their draft guidance to bring it in line with existing law, preserve supplement access for customers, and remove needless regulatory hurdles for industry. Because of this, we asked FDA in our formal comments to withdraw the draft guidance at the earliest possible moment.

Now that the FDA’s comment period is closed, the agency is supposed to review the comments and prepare a final version of the guidance document—though they are under no legal obligation to do so. In fact, because it is guidance, they are under no legal obligation even to take public comments into consideration. Nor is there any timeline: the agency is still sitting on a guidance, now nearly three years old, that was meant to create a distinction between beverages and liquid dietary supplements.

Even worse, since this is presented as guidance and not formal rulemaking, the FDA is very likely to enforce the provisions in the draft guidance as though they were final—with limited legal recourse for affected parties!


We believe FDA’s actions require them to follow the Administrative Procedure Act, which calls for a formal rulemaking procedure. Under this law:


Now that the NDI comment period is closed, we will start implementing the next phase of our strategy—which will include both legal and legislative components. We will, of course, keep our supporters and allies in the loop.

Thank you all again for your tremendous outpouring of letters and phone calls! It has laid important groundwork for our next actions.