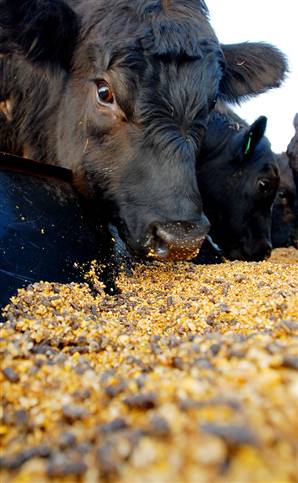 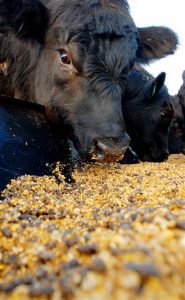 FDA denied two Citizen Petitions (one filed in 1999 and the other in 2005) to restrict the use of certain antibiotics on farm animals. Last week, a federal judge ordered FDA to reconsider those denials, rejecting FDA’s argument that it was too time-consuming and costly to revoke the approval of antibiotics.
This follows an order from the same judge, which we reported on last March, to reconsider a ban on penicillin and tetracyclines on livestock for non-therapeutic reasons.
Let’s hope the judge can finally get the agency’s attention. According to a new report from the Institute for Agriculture and Trade Policy, in 2008 FDA tested forty-five samples of distiller grains (DGs) and found antibiotic residues in 53% of samples, some in high amounts—over .5 parts per million (ppm). Subsequent testing has also found antibiotics in DGs.
Why are the levels so high? Here’s one possible answer: The antibiotics are already in the animals’ feed when the farmers receive it.
Ethanol is an alcohol made from distilled grain. Ethanol producers use antibiotics to keep the tanks from being contaminated with lactobacilli, bacteria that compete with the yeast and lower the ethanol yield. Contamination is common, so tanks are often inoculated as a preventive measure: penicillin, erythromycin, virginaiamycin, or tylosin are added during the distillation process, and the leftover corn mash—a waste product the industry calls DGs —is sold to cattle, dairy, swine, and poultry producers for livestock feed.
Shockingly, FDA has not restricted antibiotic use in ethanol production, but instead decided to treat the antibiotics as “food additives.”
So the animals that may end up on our dinner plates are receiving not only the antibiotics they’re given so they won’t get sick in the CAFOs, but also the antibiotics used by the liquor industry in the production of ethanol.
Food additives generally require FDA pre-approval. However, the report shows that neither the antibiotics companies nor the ethanol producers are following food additive provisions—thereby breaking the law—and that FDA is not enforcing. “Ethanol producers have full discretion over the quantity and frequency with which they dump antibiotics into their plants,” says the report, noting that ethanol production tripled between 2005 and 2010. “Antibiotic use also has undoubtedly increased, although currently the FDA does not appear to track antibiotic sales to ethanol producers, as it does sales for use in animals.”
Reps. Ed Markey and Louise Slaughter wrote to FDA asking what they are doing about enforcing the food additive provision and about the link between DGs and antibiotic-resistant bacteria. “Antibiotic resistant strains of bacteria are a grave public health threat that is growing worldwide,” they write.
As we previously reported, FDA has refused to prevent antibiotic use for animals for non-therapeutic purposes, instead asking industry to restrict use. Now it appears that animals are getting a double dose of antibiotics, and FDA once again is refusing to do anything about it—even though antibiotic resistance in humans is becoming a global crisis that could lead to millions of unnecessary deaths.

46 responses to “Feedlot Animals Receiving a Double Dose of Antibiotics”