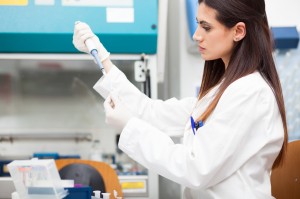 Researchers may now have to make clinical study results public— even if the results run counter to the interests of Big Pharma. Action Alert!
In response to mounting concerns that important health data has been kept hidden from physicians and their patients, the National Institutes of Health (NIH) and the Department of Health and Human Services (HHS) have proposed new rules that would greatly expand what researchers are required to report about the clinical trials of drugs, devices, and other interventions.
It’s technically called a Notice of Proposed Rulemaking (NPRM), and it would require that the results of all clinical trials of drugs, devices, and treatments be fully reported and included in the NIH’s ClinicalTrials.gov database—regardless of whether the product was approved or not. This is huge: it would be a source of important data for future investigations of drugs and devices, and it would ensure that patients who sign up to participate in future clinical trials are fully informed. The proposed rule would require that all studies of off-label uses of approved drugs also be publicly reported.
Seven years ago, Congress passed a law called the Food and Drug Administration Amendments Act (FDAAA), which required the disclosure of all clinical trials, but left the specifics up in the air. This is about to change thanks to pressure from the American public. This highly anticipated rulemaking could revolutionize the government’s clinical trial database.
NIH is also issuing a draft policy that would extend similar registration and reporting requirements to any clinical trial that is even partially funded by the NIH, regardless of whether the trial is otherwise subject to the FDAAA. Studies not currently subject to the FDAAA include Phase 1 (safety) trials of drugs and biological products, feasibility studies of devices, and surgical procedures and behavioral therapies (e.g., for obesity and other conditions). All such studies would not only be registered at ClinicalTrials.gov; their summary results would also be reported. Previously, there was no such requirement.
Greater transparency of study protocols and study results would clearly help to advance medicine. What is surprising is that the government did this against the wishes of the pharmaceutical industry, one of the most powerful forces on Capital Hill.
Big Pharma has gone to great lengths in the past to obfuscate unfavorable data. Recently, a federal judge unsealed previously secret details in a lawsuit filed by the city of Chicago against five makers of opioid painkillers. Court documents reveal that these drug companies:

Perhaps the feds are feeling ill-used. The government wasted billions of dollars on Tamiflu and Relenza because the makers had released incomplete evidence about the drugs. As we’ve reported in the past, many trial results—and certainly most of the negative ones—never find their way to publication.
Action Alert! We applaud this move by NIH. The American public has a right to know the truth about all drug and product trials. Please write to NIH and thank them for this proposed rule, and underscore how important it is—for your family’s safety as well as for the health of future generations. Send your message today!