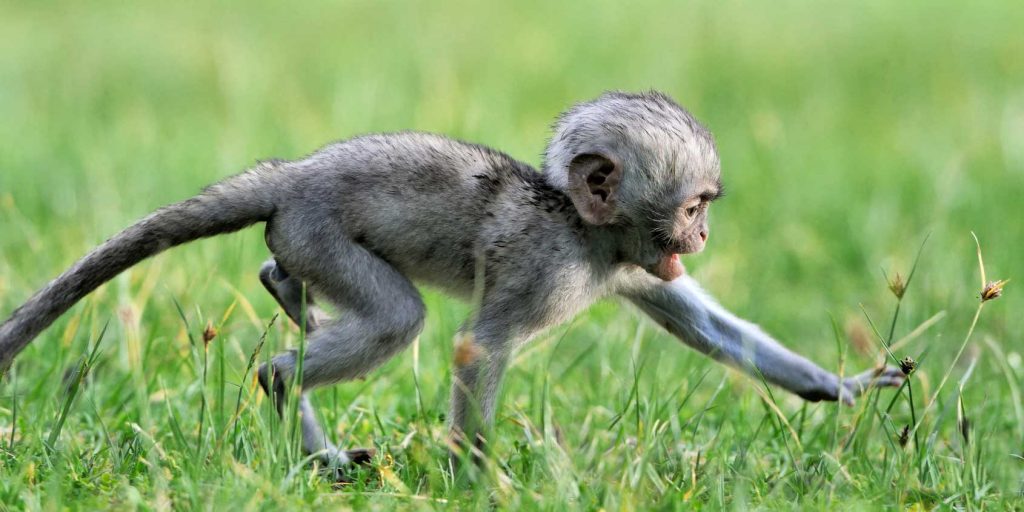 Scientists have plans to pen up animals and force them to become sentient machines making proteins for agro-business and organs for humans. Animals are crossed with human genes to create transgenic creatures with organs that won’t provoke an immune response so they can be “harvested” and transplanted into humans. Most transgenic animals, if they survive, have deformities and abnormalities of all kinds because, among other things, genes can insert themselves into existing genes and corrupt the program.

Genetically modified cows born with ovaries that grew so large they caused ruptures and killed the animals.
Scientists are genetically engineering primates, including chimpanzees, with genes for catastrophic brain diseases such as Huntington’s so they can be sold for experimentation. Rhesus monkeys were genetically modified with an abnormal brain gene at the Yerkes National Primate Research Center. Some got severe disease within days and died. One survived for one month with uncontrollable muscle spasms, involuntary movement, and difficulty swallowing.
Although the lead researcher claims that transgenic animal models have made breakthroughs in treating human diseases, no breakthroughs have been made in brain diseases using monkey models. Monkeys were extensively used in experimentation on Alzheimer’s during the 1960s with zero success. There are vastly more cases of Alzheimer’s disease today than there were then. Monkeys that sit for hours on end and run in circles have been intentionally manufactured to create “autistic behavior.” But the gene forced into them doesn’t cause autism, so experimentation on these animals will not likely lead to the cause or a cure for the brain abnormality.