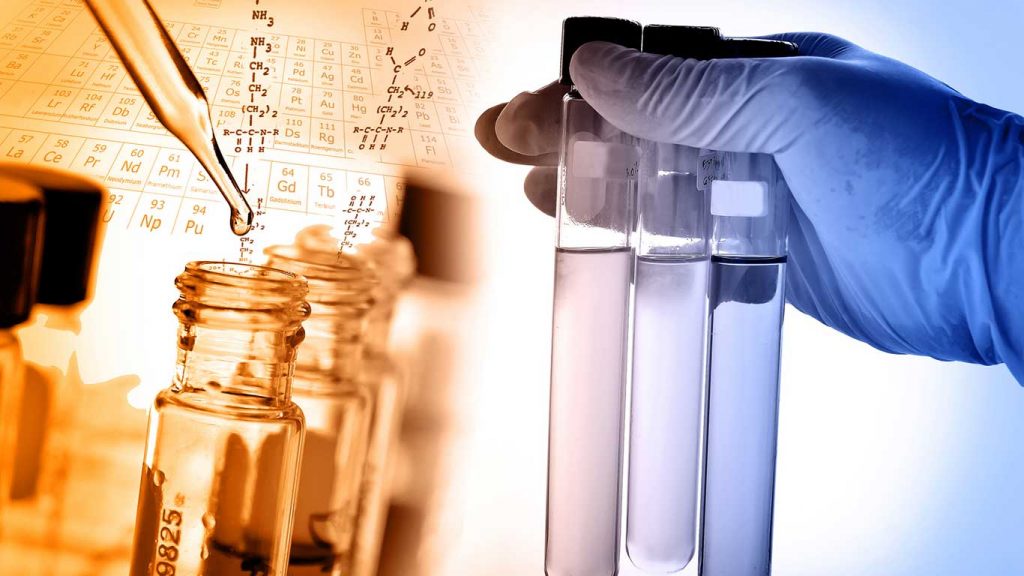 April 19, 2016
Glyphosate is the active ingredient in the world’s most widely used herbicide, its use being largely associated with crops genetically modified to be resistant to it. Increasing numbers of scientific studies are demonstrating that glyphosate residues are now ubiquitous in the environment and may be common in foods. In 2015, the World Health Organization, through the International Agency for Research on Cancer, classified glyphosate as a probable human carcinogen.
Today, ANH-USA releases the results of its own research that shows that glyphosate residues are widely distributed in common foods, such as bagels, breakfast cereals, and eggs. The study reveals further evidence that glyphosate accumulates in animal tissues, presumably also in humans. The majority of samples tested contained levels below the EPA’s proposed ‘allowable daily intake’ or ADI, but this level is increasingly contested because it fails to take into account recent evidence of carcinogenicity or toxicity of adjuvants in glyphosate formulations or the very wide distribution of glyphosate in food and water. The ADI reflects instead a threshold that should not be exceeded through normal agricultural practice and the US level exceeds that of the EU by nearly six times.
Brief history of glyphosate:
Glyphosate  (N-(phosphonomethyl)glycine) is the active ingredient in the Roundup herbicide developed by Monsanto and first released commercially in 1974. After the introduction of the first Roundup Ready Crop, soybeans, in 1996, use of Roundup increased dramatically. Other crops soon followed: GMO canola oil, corn, cotton, sugar beets, and alfalfa. By 2007, glyphosate was the most widely used herbicide in commercial agriculture and second most widely used by home gardeners.[1] Other companies, such as Dupont, developed their own glyphosate resistant crop varieties, and GMO seeds now account for 94% of soybeans and 89% of all corn grown in the U.S. [2] Hundreds of millions of pounds of glyphosate are dumped on the land yearly – in crop growing, in weed control in cities, even in environmental efforts to restore native species to prairie lands or other areas succumbing to invasive plants.
Glyphosate was for many years touted by its makers as being harmless to humans and wildlife and rapidly biodegradable. In fact, because it was considered safe it was not monitored in the US by either the USDA’s Pesticide Data Program or the FDA’s Pesticide Residue Monitoring Program. However, one year ago, March 20, 2015, the WHO’s International Agency for Research on Cancer (IARC) classified glyphosate as a probable carcinogen for humans. Glyphosate has been linked to the increase of many cancers, such as breast, thyroid, kidney, pancreas, liver, bladder, and myeloid leukaemia.[3]   Using Monsanto’s early studies on glyphosate safety, Drs. Samsel and Seneff have described the possible mechanisms by which glyphosate may trigger cancer. [4]
This year the FDA for the first time will begin testing some foods, namely corn and soybeans, for glyphosate residues.[5] Based on existing knowledge of the persistence of glyphosate, it can be expected that these Roundup Ready crops will be found to contain residues of glyphosate. However, given the extensive use of the herbicide, it will also be likely to be distributed in many other foods.
To investigate the possibility of glyphosate residues in common foods, ANH-USA has taken the initiative and begun preliminary investigations through an independent laboratory testing initially common breakfast foods that contribute to what many consider “the most important meal of the day.”
Current Safety Standards
The EPA Allowable Daily Intake (ADI) for glyphosate is set at 1,750 µg (1.75 mg) per kg of bodyweight. The EU ADI is just 0.3 mg per kg body weight. The US safety level was determined based on industry tests of high levels of glyphosate on adult laboratory animals. Critics claim that the tests may not be accurate because glyphosate may be an endocrine disrupter, which would affect hormones in the body and thereby produce different effects at various stages of human development.[6] Furthermore, the tests were done on glyphosate in isolation and did not include the commercial pesticide formulations containing additional adjuvants which may themselves be toxic or intensify the toxicity of glyphosate.
Glyphosate was up for its 15-year toxicity reassessment by the EPA last summer but action was postponed until 2016.[7] Meanwhile Roundup continues to be sprayed on a multitude of crops, not just the Roundup Ready variety, but on wheat, dry beans, oats, sugarcane, and others. Just how much glyphosate is making its way onto our plates?
Breakfast Foods Tested
ANH-USA purchased regular and organic versions of twelve popular breakfast foods and breakfast food ingredients, for a total of twenty-four items. Categories tested were: flour, corn flakes, instant oatmeal, bagels, yogurt, bread, frozen hash browns, potatoes, hot cereal, eggs, non-dairy creamers, and dairy based coffee creamers. Tests were done by an independent laboratory using the ELISA (enzyme-linked immunosorbent assay) test.
Findings
ANH-USA’s testing found that ten of our sample foods or ingredients contained detectable levels of glyphosate.

EPA regulations have set tolerances levels of glyphosate residue, which are helpful as a basis of comparison for our findings. Of note is the finding that our sample of organic cage free eggs contained more glyphosate than the allowable tolerance level.

Fourteen of the twenty-four items tested contained less than 75 ppb of glyphosate, which is equivalent to 75 µg of glyphosate per liter of testing solution. This is well below the ADI of 1,750 µg per kg of bodyweight per day.

Causes for Concern
The major finding from this analysis is that glyphosate is showing up in food products where it is not intended to be, supporting claims made by many critics that glyphosate is far more ubiquitous in our food system than the public is made to believe. Foods with the highest levels of glyphosate – oatmeal, bagels, bread, and wheat cereal – are from non-Roundup Ready crops, the residues likely being present as a result of the common practice to use the herbicide as a desiccant shortly before harvest.[8]
Furthermore, high levels were also found in eggs and dairy creamer, the latter exceeding the EPA’s allowable limit for residue levels. These animal products are not sprayed directly with glyphosate, which indicates that the chemical is entering the food chain and building up in the tissues of the animals, otherwise known as bioaccumulation. If glyphosate can accumulate in the animals we eat, it must also accumulate in humans. Dr. Anthony Samsel speaks to the dangers of glyphosate bioaccumulation:
Glyphosate is a synthetic amino acid and analog of glycine which is one of our canonical amino acids.  Bioaccumulation of glyphosate, by mis-incorporation into protein structure is disastrous to the biology of all living things. This herbicide should never have been allowed onto the market.  Monsanto’s own sealed trade secret studies show that glyphosate bioaccumulates in all tissues.[9]  Bioaccumulation of this synthetic amino acid leads to tissue destruction at the molecular level, a cell at a time.  Monsanto found destruction of every gland and organ of laboratory animals during long-term chronic studies.  However, they dismissed all findings through the use of unrelated historical controls.[10]
To further add to these findings, the amounts detected by the ELISA test for glyphosate do not include any analogs of glyphosate, such as N-Acetylglyphosate which is used by Dupont in its GMO formulations. These analogs could not be detected by the test but may be present in the food with the end result a greater bioaccumulation of glyphosate in our bodies and consequential increased chance of biological disruption and disease.
Conclusion
Initial testing of breakfast foods for glyphosate levels detected glyphosate above 75 ppb in 11 out of 24 foods. This suggests that Americans are consuming glyphosate in common foods on a daily basis. The true safety of this chemical, just last year identified as a probably carcinogen by the WHO, is unknown. Current EPA standards have not been rigorously tested for all foods and all age groups. Nor have the effects of other ingredients in glyphosate formulations been evaluated. Evidence linking glyphosate with the increased incidence of a host of cancers is reason for immediate reevaluation by the EPA and FDA.
[1] https://en.wikipedia.org/wiki/Glyphosate
[2] ibid.
[3] Samsel and Seneff.  Glyphosate, Pathways to Modern Diseases IV: Cancer and Related Pathologies.  Journal of Biological Physics and Chemistry  2015 Volume 15, Number 3, pp. 121-159.
[4] Ibid.
[5] http://www.agri-pulse.com/FDA-to-test-corn-soybeans-for-glyphosate-residues-02172016.asp
[6] http://detoxproject.org/glyphosate/how-safe-are-safe-levels-of-roundup/
[7] http://www.huffingtonpost.com/zen-l-honeycutt/epa-stalling-of-glyphosat_b_8744692.html
[8] http://naturalsociety.com/which-of-your-foods-are-sprayed-with-round-up-just-3-days-before-harvest/
[9] Samsel and Seneff.  Glyphosate, Pathways to Modern Diseases IV: Cancer and Related Pathologies.  Journal of Biological Physics and Chemistry  2015 Volume 15, Number 3, pp. 121-159
[10] Comment provided by Dr. Samsel to ANH-USA upon review of this paper.