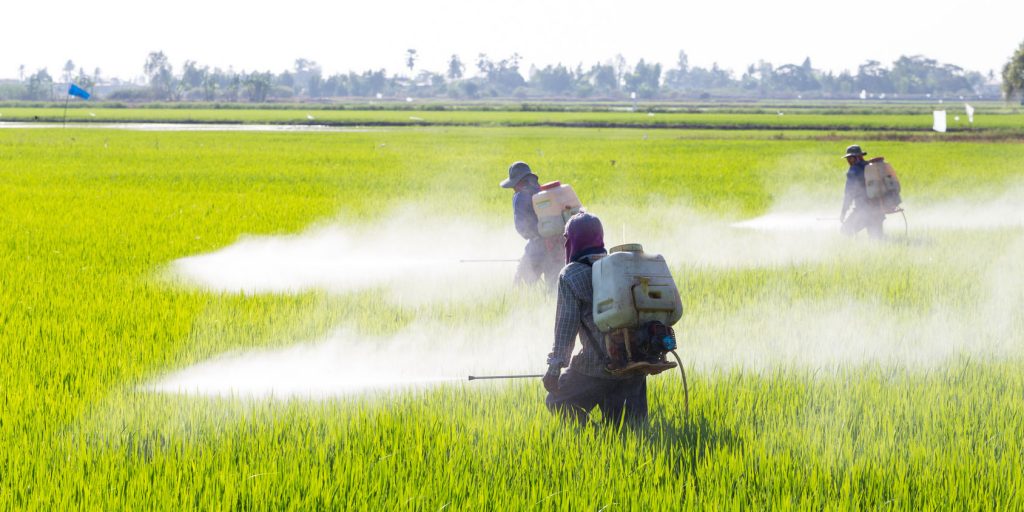 A member of Big Food has committed to phasing out this dangerous chemical. But the fight is far from over. Action Alert!

In late 2019, Kellogg’s committed to phasing out by 2025 wheat and oats on which farmers have used glyphosate as a drying agent. This is an important step towards a complete phase out of the active ingredient in the most widely used herbicide on the planet, but what is really needed is for the Environmental Protection Agency (EPA) to ban this chemical, an action the agency seems unwilling to take without significant public pressure.

ANH-USA first drew attention to this issue in 2018, when we published the results of testing we did to see how much glyphosate was present in common breakfast foods, including cereals.

The EPA has also taken action on glyphosate—to keep it on the market. The law requires the EPA to continuously review pesticide products used in the US, which is why the agency conducted an interim registration review for glyphosate. Contradicting piles of scientific evidence, the World Health Organization (WHO), and juries across the country who have awarded plaintiffs harmed by glyphosate with damages, the EPA maintains that there is “insufficient evidence to conclude that glyphosate plays a role in any human diseases.”

It seems likely that cronyism is at the heart of the EPA’s otherwise baffling decision. We reported previously willfully ignored evidence of glyphosate’s danger. An analysis found that that, compared with the WHO review finding glyphosate to be a “probable carcinogen,” the EPA did not review the pertinent science when evaluating glyphosate. The EPA disregarded scientific evidence of genotoxicity associated with glyphosate—that is, the ability of glyphosate to damage cells’ genetic material, which can cause mutations that lead to cancer.

There’s more. Recently unsealed documents show that a top EPA official, Jess Rowland, promised Monsanto he would quash an effort by the Department of Health and Human Services Department (HHS) to conduct its own review of glyphosate. He was successful—the HHS review never happened. A letter from a former EPA employee dying of cancer accused Rowland of having intimidated staff, compelling them to change reports to make them favorable to Monsanto. The letter also argued that the research on glyphosate supports categorizing it as a probable human carcinogen.

Keep in mind, too, that previous research we’ve reported on found that pesticides and herbicides can be up to 1,000 times more toxic to humans than just the active ingredients themselves due to the various adjuvants that are added to the active ingredient to make a complete herbicide. The EPA seems to have taken great care to avoid any research that might suggest glyphosate and the herbicides that contain it could be dangerous.

Roundup, the name of the herbicide in which glyphosate is the active ingredient, is the most widely used herbicide in the US. Human exposure to glyphosate has increased by 500% since the introduction of genetically modified crops. Glyphosate is traditionally sprayed on genetically modified soy, corn, canola, sorghum, alfalfa, sugar beets, and cotton but it is also sprayed—sometimes right before harvest—on a substantial portion of wheat and oats grown in the US. Glyphosate is also sprayed on a wide variety of non-GMO crops such as almonds, rice, cherries, avocados, and apples.

The EPA’s decision will disproportionately hurt disadvantaged populations who cannot afford to buy organic food that isn’t sprayed with glyphosate. It will also hurt the health of those living, working, and going to school in agricultural areas where pesticide drift occurs. Groundskeepers working on lawns and golf courses are also exposed to glyphosate at higher levels. We’ve seen a deluge of court cases of those stricken with non-Hodgkin’s lymphoma suing Monsanto with success. Dewayne “Lee” Johnson, a groundskeeper in Northern California, recently won $298 million from a jury who decided that glyphosate caused his non-Hodgkin’s lymphoma (the judge knocked the award down to $78 million).

It is time for the EPA to listen to the multitude of experts pointing to the dangers of glyphosate and issue a ban on this chemical.

Action Alert! Write to the EPA and Congress, telling them to ban glyphosate. Please send your message immediately.

33 responses to “Glyphosate: One Step Forward, Two Steps Back”