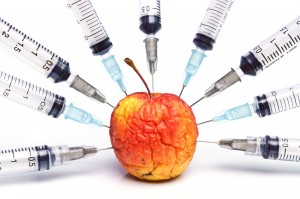 At the request of Congress, the FDA’s and USDA’s review process for genetically engineered products is finally coming under scrutiny by the GAO.

In 2013, Sen. Jon Tester (D-MT) wrote to the Government Accountability Office (GAO) and asked them to look into the review system being used to regulate genetically modified crops—specifically, “to ensure that [it] fully reflects current science.” This week, the GAO agreed to begin a review of how the USDA and FDA look at the long-term safety of genetically engineered crops both in the environment and in the food supply.
Sen. Tester notes that in 1984, the White House Office of Science and Technology Policy established a Coordinated Framework for Regulation of Biotechnology. They did so in an attempt to balance health and safety regulations with enough regulatory flexibility to avoid impeding growth and innovation in the biotech industry. Little has changed in this framework in the past thirty years, even though GMO science has evolved dramatically and proliferated greatly.
The current scientific approval process for GMO crops is inadequate. First, there is no legislation that is specific to GMOs. The Plant Pest Act gives USDA the power to restrict the introduction of organisms that might harm plants. In something of a stretch, USDA reasons that GMO crops qualify as “plant pests” because historically, the DNA from natural plant pathogens and/or microbial material were used in the genetic engineering of various plants. The Plant Pest Act also gives USDA the authority to regulate noxious weeds, and therefore any engineered crop that can become a noxious, hard-to-control weed can be regulated.
Likewise, the FDA is also lacking in authority over GMOs. The FDA regulates GM crops via a voluntary consultation process with the biotech industry, and GM animals under the New Animal Drug provisions. The GM salmon (which we dubbed “Frankenfish”) is undergoing this process now, and if the FDA approves it, it could open the floodgates to a whole bunch of other GM animals that have already been developed but are waiting in the wings for approval.
As you can see, there is no systemic process to comprehensively study human and health effects of GMO crops, and there is a very real potential for some crops to slip through the cracks. Several times both the USDA and the EPA have declared they have no authority over GMOs—even in what seem to be clear-cut cases where the GMO crop has the potential to become an invasive or harmful plant. The Kentucky Bluegrass controversy in 2011 shows that environmental danger means very little to the USDA, since they de-regulated a GMO because it didn’t technically use DNA from an invasive species and the agency didn’t believe it would “cause significant impact enough to warrant regulation at the federal level.”
The current regulations also don’t account for the pesticides used in conjunction with GM crops that may have wider environmental impacts. The pesticide clothianidin, for instance, expresses itself through the plants and has been linked to the decimation of honeybee populations in the US. The EPA hasn’t responded to this connection.
We reported in 2012 that the USDA was considering deregulating GMO seeds that are resistant to herbicide 2,4-D, which contains one of the ingredients in Agent Orange. We documented the pesticide’s health and environmental risks—but the USDA decided to deregulate them anyway. The EPA echoed that decision on October 15 when the agency announced its final decision to register Dow’s herbicide Enlist Duo, a toxic blend of 2,4-D and glyphosate, for use on corn and soybeans genetically engineered to tolerate both 2,4-D and glyphosate—even though the pesticide has been linked to immune system cancers, Parkinson’s disease, endocrine disruption, and reproductive problems.
The EPA is currently restricting use of Enlist Duo to a few states, but the agency is accepting comments on whether to register it for use in more states. The Center for Food Safety, together with Earthjustice, have filed suit against EPA, challenging the approval of Enlist Duo. Members of Congress and a number of notable medical doctors have urged the agency not to approve it.
All of this clearly demonstrates the need for better scientific standards—or shall we say “real” scientific standards!
According to the investment firm Portfolio 21, which does environmental, social, and governmental analysis as part of its investment research, agriculture biotechnology represents an unacceptable level of risk. They report that the current scientific evaluation process for GMOs “can be subject to extensive manipulation.” Private industry is a big funder for all agricultural research, and this dictates what gets studied (and what doesn’t). “Finding experts in the field without bias becomes next to impossible as scientists and researchers must toe the corporate line or risk their livelihoods,” according to their report.
Bias, and vested interests, keep GMOs in use. In 1993, the FDA wrote in a document that promoting the US biotech industry globally was their priority over ensuring the genetic engineering processes are safe. Biotech industry leaders take powerful political roles including:

In fact, over twenty-five politicians, from present and former heads of the USDA to the president’s chief of staff, have all had significant ties to Monsanto and its subsidiaries.
Sen. Jon Tester has been one of our champions for quite some time. He created an exemption in the burdensome FDA Food Safety Modernization Act regulations for smaller farmers. Sen. Tester is well equipped to speak on issues of GMO crops and food safety—he’s a third-generation Montana farmer, and an organic farmer to boot! Sen. Tester asked the GAO to study the applicability of the Coordinated Framework as it applies to:

As we have discussed in past, the current regulatory framework is completely unprepared to grapple with evolving GMO issues (and consequences!). We are hopeful that this GAO investigation will reveal specific flaws in the current system, laying the groundwork for some major reforms.
The GAO is an independent, nonpartisan watchdog agency that works for Congress. It investigates how the federal government spends your tax dollars, and is an important way that the government is held accountable for its decisions. The GAO conducts independent research at the request of congressional committees or subcommittees, which is exactly what is needed in the GMO battle. This research could lay the groundwork for legislative action, though it is still up to Congress to introduce and pass legislation about GMOs. That’s a tall order, and there are no guarantees—especially given the huge influence exerted by the biotech industry.
ANH-USA is watching the situation as it develops. ANH-USA and our allies have been working toward GMO labeling on both the federal and the state level. This year alone, there have been many promising state initiatives, with Vermont being the first state to pass GMO legislation with no strings attached. Both Oregon and Colorado will be voting on important GMO ballot initiatives on November 4.