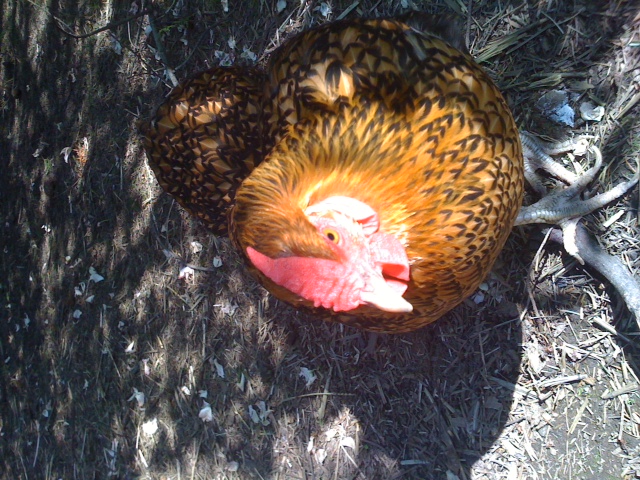 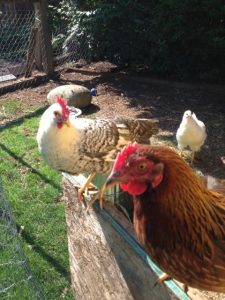 Recent guidance from the FDA will place an impossible burden on farmers who raise true free-range chickens. Action Alert!

The guidance, released last month for farms that have more than 3,000 egg-laying chickens, purportedly aims to prevent salmonella and other foodborne illnesses by isolating chickens from cats, rats, flies, and wild birds—even though no evidence exists showing them to be of significant risk at spreading salmonella. A 2010 article in the Atlantic Monthly stated that all but one outbreak of foodborne illness in the US since 1995 originated at industrial factory farms.

The FDA guidance suggests that farmers must cover their outdoor pastures with either roofing or netting, or use noise cannons to scare away wild birds. Perhaps it has escaped FDA that noise cannons would also scare the chickens? Or that putting a roof over a multi-acre pasture is not only cost-prohibitive, but would prevent rain and sun from reaching the living things in the pasture? FDA also advocates walls around the pasture, to prevent mice, rats, and cats from entering, and then put a roof over it. That’s right—walls and roofing. In other words, they want the chickens to be kept in a building! This completely contradicts what “free-range” is supposed to be about: they can be cage-free, but not outdoors.

The problem, of course, is that FDA is describing the commonplace practice where farmers house their birds inside, giving them access to tiny porches that only 1% to 3% of the chickens can use at a time—if there are any porches. Although eggs labeled “organic” must allow birds outdoor access, these small porches qualify as outdoor access, according to the USDA. Sadly, this is the industry standard free-range hens; the standards for “cage-free” are even less demanding.

“Free-range” in USDA-speak certainly does not mean “pastured.” There is a world of difference between an indoor hen that eats feed and never sees the sun, and an outdoor hen that finds part of its own dinner by scratching in the dirt for bugs and worms.

Pastured eggs are more nutritious. In addition, the Pew Commission has concluded that industrial-scale animal production poses “unacceptable” risks to public health and the environment, while subjecting billions of animals to “severe distress.” Their report states:

Food safety is linked to the health of the animals that produce the meat, dairy and egg products that we eat. In fact, scientists have found modern intensive confinement production systems can be stressful for food animals, and that stress can increase pathogen shedding in animals.


In addition, researchers reported that workers at Concentrated Animal Feeding Operations (CAFOs) are more likely to harbor multi-drug-resistant MRSA in their noses than workers at antibiotic-free, free-range farms.

An example of the public health risk posed by industrial scale farms is the recent outbreak of the rare foodborne illness cyclospora. Since late June, 466 people in fifteen states have taken ill. The FDA announced on August 2 that the illnesses in Iowa and Nebraska were linked to bagged salads from a Mexican subsidiary of Taylor Farms, which were sold to Olive Garden and Red Lobster restaurants. Many experts believe that the infections in the other thirteen states must also come from Taylor Farms, since cyclospora is rare in the US. Most of the 1,100 annual cases of cyclospora in the US afflict US residents returning from overseas.

Not only are industrial scale farms less healthy for workers, consumers, and the local environment, but the mass production of food that is widely distributed makes it very difficult to trace the cause of foodborne illnesses, as food may change hands many times between the farm and the dinner table. In the case of the cyclospora epidemic, investigators still don’t know the cause of the illness in thirteen states, and the investigation may “take months.”

The New Zealand dollar dropped after the world’s largest dairy exporter, New Zealand-based Fonterra, reported on August 3 that it had shipped products contaminated with botulism. The dairy products were exported to Australia, China, Malaysia, Vietnam, Thailand, and Saudi Arabia in sport drinks and infant formula. If left untreated, 60% of botulism cases are fatal.

The organic, locally grown model that ANH-USA advocates does not pose these problems.

Despite the evidence that CAFO farms make outbreaks of foodborne illnesses inevitable, there is no move to limit or reform them. Instead, as we recently reported, the USDA is proposing an “overhaul” that would reduce the number of inspectors by 40%, process more chickens in less time, and use more and stronger chemicals to wash filthy chickens who lived in too-crowded conditions with thousands of other birds.

The USDA is now reviewing research that indicates that these new and stronger chemicals are actually masking the presence of salmonella, essentially outwitting the testing process. Although USDA records show that salmonella rates in tested chickens have dropped by half, the number of consumers sickened by salmonella has remained the same. And poultry inspectors have reported suffering from asthma, severe respiratory problems, burns, rashes, irritated eyes, and sinus problems, in reaction to the new chemicals.

The new guidance from FDA about “free-range” chickens and the new regulations proposed by the USDA, however absurd, come as no great surprise. It fits the pattern we told you about last week—that the government is waging war on small farmers, in direct violation of the intent of the Tester-Hagan amendment that Congress passed just three years ago.
Action Alert! The FDA is accepting comments on its proposed guidance on the prevention of salmonella in eggs. Write to the agency today and explain that their proposed food safety measures are making unwarranted assumptions about the way egg-producing chickens should be kept, and for organic farmers to follow these guidelines would mean reversing all the benefits their methods provide. Show them that the threat is not from small organic chicken farms, but from filthy industrial CAFOs. Please write to the FDA today!

57 responses to “Is the FDA Trying to Destroy the Pastured Egg Industry?”