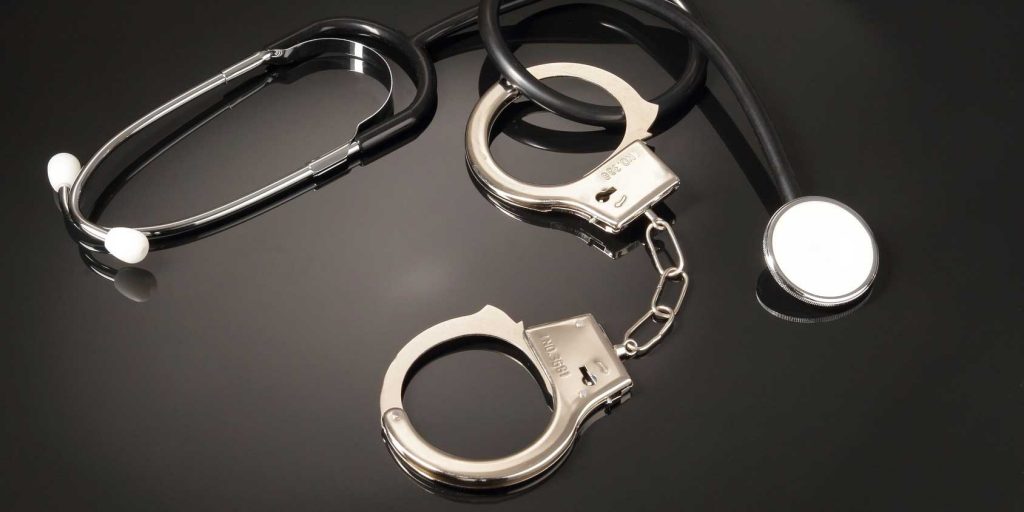 It may be—if a secretive, private, and powerful organization called the Federation of State Medical Boards (FSMB) gets its way. State-based Action Alerts!
For years now, we have been reporting on the machinations of the FSMB, especially their most recent efforts to pass their Interstate Medical Licensure Compact in as many states as possible.
Don’t be deceived. While this is supposedly a private federation of all seventy state and territorial medical and osteopathic boards, the real forces behind it are hidden—though our evidence suggests it’s the American Medical Association working together with Big Pharma.
As the 2016 legislative session gets underway, a number of states are considering bills that would enact the Interstate Compact. We’ve reposted a recent article on the FSMB here to give you the full story behind this shadowy organization and its push to establish a medical monopoly. If you already know the story, hit this link to see if your state is considering a bill and take action.

the Compact [takes]  away the state’s autonomy and authority to grant licenses.…If [an]  applicant is deemed “compact eligible” by any other compact state, all member states must grant licensure based on that eligibility. There is no discretion to look at moral character, malpractice history, training irregularities, or other requirements. There is also no opportunity for a state to disagree with another state’s interpretation of the compact requirements or their determination that a particular applicant meets those requirements.

Other articles in this week’s Pulse of Natural Health:
HSAs Should Cover Supplements!
Tide Turning against Ag-Gag Laws?

28 responses to “Is Your State Being Targeted by a Medical Monopoly?”

Leave a Reply to I care Cancel reply