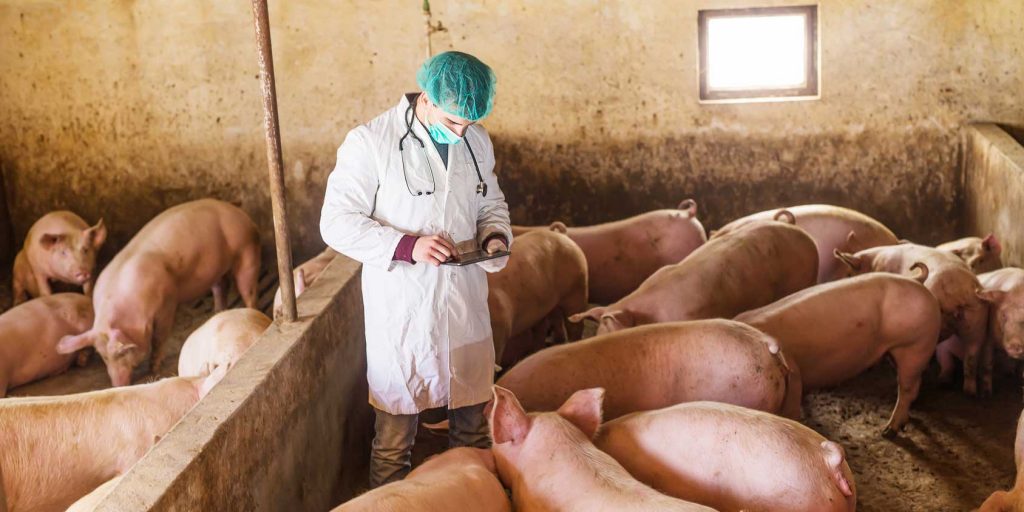 After last year’s landmark decision in Idaho, more ag-gag laws are being challenged in court. State-based Action Alert!
Last year, we reported that a federal district court found Idaho’s “ag-gag” law unconstitutional on First Amendment grounds.
Like similar ag-gag laws in seven other states, Idaho’s law made it a felony to document and expose illegal and cruel practices at concentrated animal feeding operations (CAFOs) and other agricultural facilities without the owner’s permission.
Similar lawsuits are now underway in North Carolina, Wyoming, and Utah (the Utah lawsuit began in 2013).
The North Carolina challenge is particularly important given the breadth of that state’s law. It punishes whistleblowers not just at CAFOs, but in all workplaces. The North Carolina legislature, no doubt heavily influenced by the powerful hog farming industry, was able to overcome Gov. Pat McCrory’s veto to make the bill become law in June 2015. Last month, a coalition of animal protection, consumer rights, and food safety groups filed a federal lawsuit challenging the constitutionality of the law, which went into effect on January 1, 2016.
Similar legal action was taken against two Wyoming bills passed in 2015 that criminalized the discovery of harmful practices and conditions on federal, state, and private property, and then communicating that evidence to federal or state authorities. You read that right: bringing evidence of criminal wrongdoing to even federal authorities is now against the law.
In Utah, the first state in which an ag-gag law was challenged, the legal challenge has dragged on since 2013. Recent developments suggest that a settlement is unlikely, and news reports suggest a trial could finally take place in late 2016.
We hope these actions will achieve similar results as in Idaho and embolden those in the remaining four states to challenge their ag-gag laws.
Let’s keep in mind why laws protecting the deplorable conditions on many agricultural facilities are dangerous as well as unconstitutional. CAFOs are responsible for foodborne illnesses like salmonella and listeria; are notorious for their overuse and misuse of antibiotics, exacerbating the “superbug” problem that is rendering many antibiotics all but useless; and ruin rural economies in a variety of ways. In addition, there is the incredibly inhumane treatment of the animals themselves.
As with the GMO issue, Americans have a right to know where their food comes from.
Action Alerts!
For Tennessee Residents! The Tennessee legislature is considering an ag-gag bill, HB 1838. Write to your legislators and urge them to oppose it. Please send your message immediately.

If you live in one of the seven states listed below that currently has an ag-gag law on the books, click the “Take Action” button to ask your representatives to repeal the law in order to avoid a costly lawsuit like the one in Idaho.

Other articles in this week’s Pulse of Natural Health:
Is Your State Being Targeted by a Medical Monopoly?
HSAs Should Cover Supplements!

One response to “Tide Turning against Ag-Gag Laws?”