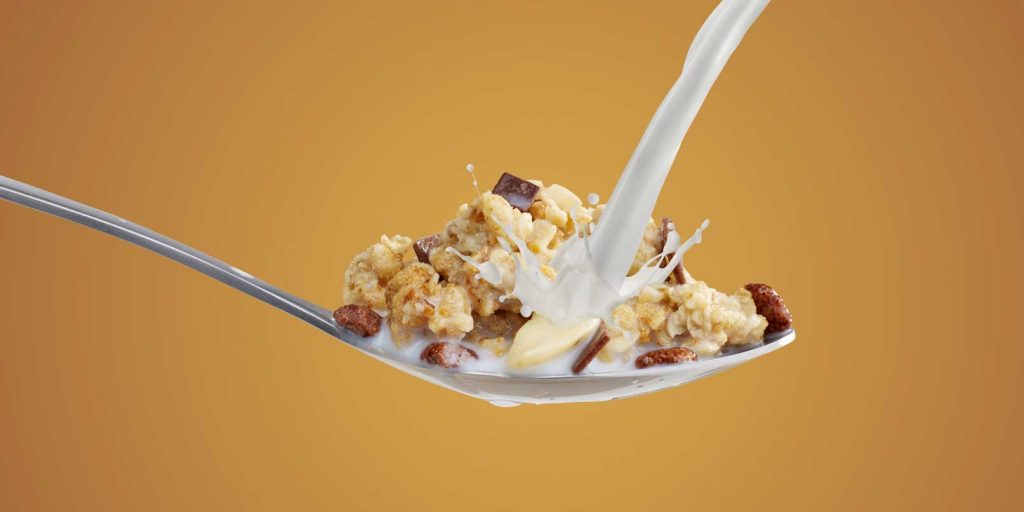 Pesticides in your Froot Loops is only one of the problems.
The Kellogg Company recently announced it was pulling ads from a news agency it felt was “not aligned with our values as a company.”
Fair enough. But this leads to an obvious question: the “values” the company says it is protecting—just what are they?
Here is a short list. It is just our opinion, but there seems to us to be plenty of evidence that these are the values Kellogg’s is most concerned about:

One study found that high-fat, high-sugar foods light up the same parts of the brain as highly addictive drugs like cocaine. But Kellogg’s entire business model seems to be based on selling sugar to kids under the guise of breakfast cereals and other products. The company has signed on to a code of ethics that is supposed to protect children, but just check out the massive advertising they aim at children as young as two!
Sugar isn’t merely addictive. It is dangerous. The deeper science delves into this, the more danger it finds:

Kellogg’s does not sell GMO Roundup weedkiller-exposed food in countries where it is illegal. But they do here in the US. GMOFreeUSA.com states, “We sent two Kellogg’s products to labs for GMO and glyphosate content testing and the results aren’t pretty. Read our report on Kellogg’s Froot Loops cereal here and Kashi GoLean Original cereal here.”
As most of our readers know, GMO food is controversial for many reasons. One of the most important is that we don’t know what this food will do to humans over time. The few independent experiments with lab animals have not been reassuring. The animals get cancer, kidney and liver damage, and more.
One of the scarier effects in animals—sterility—can take several generations to show up. Could our grandchildren end up sterile from this food? Over 300 independent researchers, physicians, and scholars—none of whom has any financial interest in GMOs—signed a statement published in Environmental Sciences Europe that there is no consensus that GMOs are safe.
Another huge problem with GMO food is that it is designed to withstand massive applications of pesticides, far more than would be used on conventional crops. The main pesticide used with such foods, glysophate, has been labeled a “probable carcinogen” (cause of cancer) by the World Health Organization. A UN panel disputed this conclusion, but only after receiving massive donations from companies selling the product.
In Hawaii, where glyphosate is used heavily, it is now thought to be causing birth defects at ten times the national rate. Moms Across America founder Zen Honeycutt in an op-ed demonstrated that high levels of glyphosate could be found in breast milk.
And glyphosate may not be the worst of it. Professor Gilles-Eric Séralini’s recent study shows that the other, supposedly inert ingredients added to glysophate in Roundup are even more toxic to humans.
These poisons are on top of other toxins such as atrazine, which is scary enough on its own:

Kellogg’s is a force to be reckoned with among crony circles in Washington, DC. Operating on its own or through the powerful Grocery Manufacturers Association, it seeks to influence the departments of government that regulate it, directly or indirectly: the FDA, USDA, EPA, FTC, and the office of the president, among others.
Recently it successfully fought to pass a bill in Congress that supposedly labeled GMO food for consumers while actually doing the exact opposite. It allows companies like Kellogg’s to put the GMO disclosure in the form of a bar code that nobody can read without a handheld scanner, and provides zero penalties for non-compliance.
Regardless of Kellogg’s political motivations in pulling its advertising, it seems clear that its most basic value is greed—particularly when consumers (especially children) are getting sick from their sugary, pesticide-laden GMO cereals.

Other articles in this week’s Pulse of Natural Health:
Antipsychotics: Are They Killing OLD People?
Hospital Malpractice
Share This Post

24 responses to “Kellogg’s Breakfast—A Threat to Your Health?”