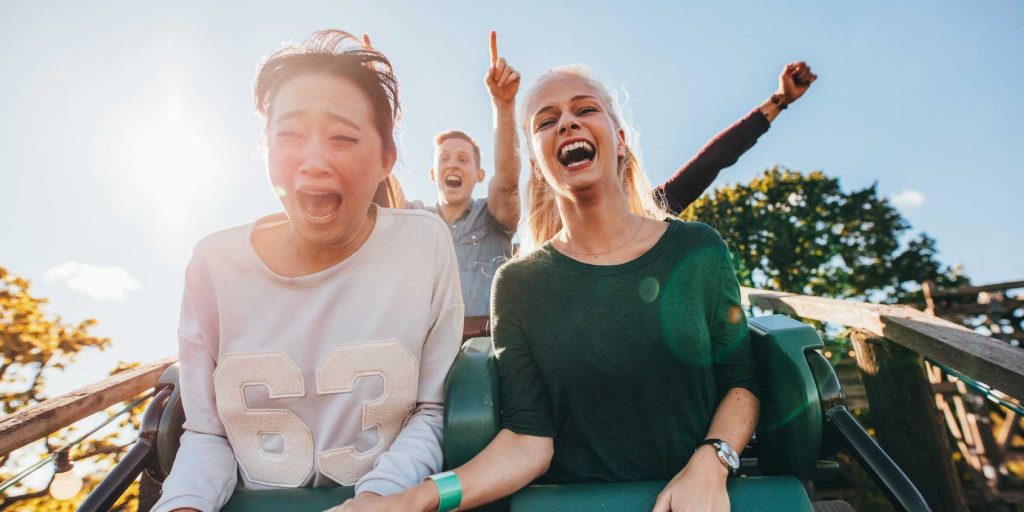 Kidney stones bothering you? Often it’s much more than just a bother. Ask anyone who’s had kidney stones: they can hurt—from a little, to very, very much! What to do to persuade kidney stones to “pass,” and the pain to go away?
Ride a roller coaster! Yes, that really is ride a roller coaster, or maybe go bungee jumping. According to a research report[1] published in these United States in 2016, roller coaster rides and bungee jumping were reported back in 2009 by the Taiwan Today News to help kidney stones “pass” .
The researchers also wrote:
Over several years, a notable number of our patients reported passing renal calculi [kidney stones] spontaneously after riding the Big Thunder Mountain Railroad roller coaster at Walt Disney World’s Magic Kingdom theme park in Orlando, Florida. The number of stone passages was sufficient to raise suspicions of a possible link between riding a roller coaster and passing renal calculi. One patient reported passing renal calculi after each of three consecutive rides on the roller coaster. Many patients reported passing renal calculi within hours of leaving the amusement park, and all of them rode the same rollercoaster during their visit.
So they did some research! All the details about how the research was done are in the journal article cited below. Here’s a summary:
The overall renal calculi passage rate in the front seating of the roller coaster, regardless of renal calculi volume [size] or calyceal location [location in the “drainage system” of the kidney] was 4 of 24 (16.67%). The overall renal calculi passage rate in the rear seating of the roller coaster, regardless of renal calculi volume or calyceal location was 23 of 36 (63.89%).
Although this research did not tell us anything about bungee jumping and passing kidney stones, it did tell us that it’s not just riding in a roller coaster that helps kidney stones pass. Where you sit in that roller coaster can dramatically increase your chances to better than “50-50”!
If you’re being bothered by kidney stones, it’s off to the amusement park, although keep in mind that the tickets and the roller coaster ride won’t be covered by insurance, Medicare, or Medicaid.
If Roller Coaster Rides Don’t Help . . .
. . . There’s one other thing to consider before leaving the amusement park for the hospital. A rapidly administered intravenous “push” containing magnesium relaxes the ureters (the muscular tubes that passes from the kidneys to the bladder, a major part of the “calyx”), the bladder muscles, and the urethra, allowing kidney stones to pass much more easily. We’ve done this dozens of times over the years since Tahoma Clinic opened in 1973; it works nearly every time it’s tried.
For complete details about all the many uses of the rapid intravenous magnesium push, including angina, migraine, back muscle spasm, food “sticking in the esophagus,” asthmatic wheezing, Reynaud’s syndrome, menstrual cramping, and intestinal spasms (as well as kidney stones), keep an eye out for see the April 2016 issue of Green Medicine.