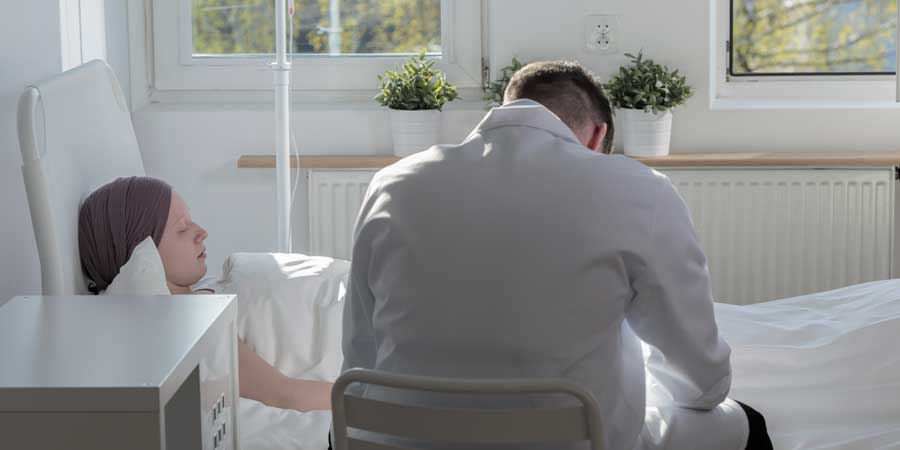 A new “Right to Try” law has been introduced in the House of Representatives in addition to Rep. Griffith’s bill. They both need our support! Action Alert!
A few months ago, we reported on the re-introduction of the Compassionate Freedom of Choice Act sponsored by Rep. Morgan Griffith (R-VA). The purpose of the bill is simple: eliminate bureaucratic hurdles and roadblocks for terminally ill patients who wish to try experimental medication not yet approved by the FDA.
As it stands now, individual patients may apply for access to experimental treatments outside of a drug trial if they have a serious or life-threatening disease or condition; have no other treatment options left; and can persuade a qualified physician to deliver the treatment. Under these circumstances, the FDA may, at the agency’s discretion, grant a “compassionate use” exception to prescribe the new medication. But the program is marred by a prohibitively cumbersome application and documentation process, and the agency has repeatedly refused access—completely arbitrarily. Their logic seems to be that a drug can be riskier than certain death. The agency can even revoke permission after it has been granted!
Rep. Griffith’s bill eliminates the need for the FDA’s approval or even involvement, and streamlines physician and patient access to experimental drugs. It would ensure that dying patients and their families—who don’t have the time or the strength to do so—won’t have to wage fruitless bureaucratic battles over decisions that are, frankly, none of the government’s business.
As of now, Griffith’s bill has only two co-sponsors. Without a strong showing of public support in favor of the legislation, it stands little chance of moving through Congress. Click the button below to send a message to your representatives, urging them to support this important piece of legislation.
There is, however, a second bill that has been introduced by Reps. Matt Salmon (R-AZ), Paul Gosar (R-AZ), and Marlin Stutzman (R-IN), which approaches this issue from a different angle. Almost two dozen states have passed their own versions of so-called “Right to Try” legislation, allowing patients and doctors to bypass FDA regulations under certain conditions. The problem is that many drug companies are unwilling to violate federal regulations that require FDA approval for expanded access to experimental drugs, effectively neutering the state laws.
This new bill, the Right to Try Act of 2015, HR 3012, prevents the federal government—including the FDA and the DEA—from interfering with the twenty-one states that have already passed Right to Try legislation.
It’s important to remember that this is, by definition, a life-and-death issue. Regular readers will recall our continuing coverage of Dr. Stanislaw Burzynski’s ongoing battle with the FDA over the antineoplaston (ANP) cancer treatment he has pioneered.
Over the years, the FDA has denied expanded access (also known as compassionate use) to Dr. Burzynski’s treatment to a number of dying patients with no other alternatives, arguing that the potential benefits of the treatment do not justify the potential risks. Astonishingly, the FDA representatives who denied one patient’s request did not challenge the fact that the treatment had no significant additional side effects when compared to standard cancer therapies!
In one tragic case, a five-year-old diagnosed with aggressive brain cancer died while waiting for the FDA to approve an application for compassionate use ANP treatment. The FDA eventually did grant the child compassionate use, but by that time he was already brain-dead.
The following is a letter sent to the FDA by the parents of that five-year-old; they mailed a copy to Dr. Burzynski and asked that it be shared as widely as possible. It highlights the pain, frustration, and the needless bureaucratic wrangling that characterize the current system:

An Open Letter to the FDA:
I am still blown away by the cruelty of the system.
Our beloved five-year-old son, Elisha, was diagnosed in October 2012 with an aggressive malignant brain cancer (anaplastic medulloblastoma). The worst nightmare of any parent, and it happened to us!
Our son’s medical file was seen across the USA and no one had an adequate answer because there just wasn’t enough research or funding for pediatric brain cancer. We were presented with a few protocols which—naively, we later learned—were ineffective when up against the already disseminated disease.
We had no choice but to follow that protocol which included surgery (causing Elisha to become handicapped), high-dosage radiation (which burned him), and high-dosage systemic chemo (which almost killed him with every cycle and required rescue stem cell transplants).
We wanted Elisha to receive gene-targeted therapy rather than systemic chemo which destroys the body and the immune system. An example of the FDA’s barbaric practice is their response to our request to try some clinical trials. We were told we were not allowed [into any trials]  until our Elisha had gone through the “standard of care” mainstream protocol. And if he relapsed, ONLY THEN would we be granted permission to try gene-targeted trial therapy.
In September 2013, after a grueling year of a harsh protocol that nearly killed our son due to the horrific side effects of treatments forced on Elisha under the “standard of care,” our son had a relapse. (We do not think he was ever really disease-free.) In any case, this time the disease assaulted him with a vengeance.
We started the frantic search for something to halt the tumors…without much help from his doctors. We researched and found some targeted therapies, but by the time we found out about these clinical trials, he was not eligible for some of them.
That was the ironic FDA “Catch-22” death sentence. While Elisha’s treatment had to prove their protocol a failure before allowing us to move forward with a new promising procedure, their failure provided the time for the tumor to grow too large for the trial we had requested.
With the help of a cancer researcher we put our son on several drugs. We gained some time with these drugs but the tumor was very aggressive and our son started experiencing tremendous pain and seizures. Time was of the essence! We needed something and we needed it fast! Our son was dying in front of our eyes.
After investigating, we learned about antineoplastons (ANP) and the lifelong work of Dr. Stanislaw Burzynski. We spoke with people who had been healed in the past through the use of ANP, but the FDA had put a partial clinical hold on Dr. Burzynski’s clinic, preventing any more patients from being treated!
Here began our unnecessary battle to obtain ANP treatment. Instead of spending as much time as we could with our terminally ill child, we were on the Internet, launching a campaign to grant us compassionate use for the medicine. Early conversations with the FDA before reaching 100,000 petition signatures were [along the lines of]  “We will never grant you compassionate use for this drug…we don’t think even a million signatures will make us change our mind.”
We argued, we cried, we begged….If our son was going to die, why NOT let us try? Even if there was a small chance, it would be worth it! Was the FDA really trying to protect our child when in a heartbeat, the FDA granted permission for Elisha to be on a radiation-and-chemo protocol that is proven not to be effective in anaplastic medulloblastoma?
If the FDA cared at all, why didn’t it care to share the true lack of effectiveness of the drugs my son was on? Did the FDA let their prejudicial opinion against Dr. Burzynski, or a personal vendetta against him, get in the way of helping our son?
It amazes us that the FDA needs at least 100,000 people begging for compassion before it can display any!
THE BIG QUESTION is, why did you end up granting us compassionate use after Elisha was already brain-dead? Where is the compassion in that? Why couldn’t you grant us compassionate use months before, when he had a chance to recover? I suggest you take the word “compassionate” out of your lexicon.
When people are dying and run out of choices, this is how I view granting compassionate use:

Patients or parents of sick and helpless children should have the right to choose between a failed protocol or trials. Trial treatments may not have had time and research funding to prove their success, but some mainstream protocols have proven to be FAILURES yet are being forced on patients!
If the statistics look low in both cases, aren’t we better off testing newer and more targeted approaches? And shouldn’t we consider therapies which provide an enhance quality of life for whatever short time remains for these patients?
I feel cheated by the system that was put in place to protect us, but in reality betrayed us!!!!!
Elisha was put on a failed St Jude protocol (SJMB03). After Elisha’s death I found this quote from Dr. Amar Gajjar, MD, co-chair of Oncology at St. Jude’s hospital. Dr. Gajjar admits that current protocols are not effective in high-risk medulloblastoma and that there is absolutely a need for new drugs: “We are looking to improve the outlook for high-risk medulloblastoma patients, whose cure rate hovers around 40 percent. Patients with other forms of medulloblastoma are twice as likely to survive. We need new chemotherapy agents, because the current treatment often doesn’t cure.”
If current chemotherapies are not working, let’s take the “chemo blinders” off and look into safer, targeted, non-toxic treatments. It should not be one-size-fits-all! Treatment should be tested against genome sequencing and many other factors.
We must do something! We cannot let more children die or suffer through futile and painfully cruel treatments. Their voices cry out to us!
I pray for better days in which better ways to heal our children are forthcoming.

Tragedies such as this demonstrate why it is so critical to pass bills like the Compassionate Freedom of Choice Act and the Right to Try Act. It can be the difference between life and death for a spouse, child, or other family and loved ones.
Action Alert! Write to your representative and urge him or her to support both the Compassionate Freedom of Use Act and the Right to Try Act, which give terminal patients another shot at life. Please send your message immediately.