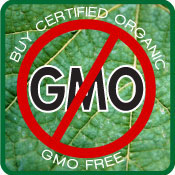 
Natural organic crops need to be protected from potential contamination by synthetic, genetically engineered seeds—especially in the face of less government oversight of GMOs. Natural seeds face the same Catch-22 as supplements: they cannot be patented, whereas synthetic seeds (and drugs) can be—and are therefore huge profit centers for Big Agro and Big Pharma, not to mention the government agencies in bed with them. They also need protection from the increased use of pesticides used on GE crops, which are also carried by the winds.

Our colleagues at ANH International reported recently that two court cases in the US might be turning the tide in favor of organic farmers over GE crops:


One of the big problems with GE crops is that they are responsible for the greatly increased use of pesticides which can easily contaminate organic crops. Now organic farms have legal precedents to sue conventional farms (and those using GMOs) for pesticide contamination.

Assuming EPA continues to approve more and more synthetic herbicides, these precedents will be an important tool in our arsenal. EPA recently approved a new herbicide called Imprelis. It’s billed as “environmentally friendly” but it is the leading suspect in the death of thousands trees all across the country.

Speaking of environmentally unfriendly GMOs, NPR reported this week that a type of genetically modified corn from Monsanto, which was developed to be impervious to a specific type of worm, may actually be causing the bugs to adapt and turn into “superbugs,” making the corn vulnerable to the very worms it was engineered to resist. Researchers at Iowa State University found that farmers who grew the Monsanto corn three years in a row got infested with “super” corn rootworms—and the damage they do could begin to reduce corn yields and raise corn prices.

29 responses to “Organic Versus Genetically Engineered Crops: Some Rays of Light”