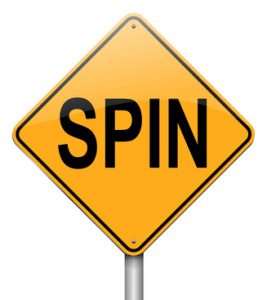 AMA-helmed medical journals twist nutritional science and the mainstream media gobbles it up. Both are financially supported by Big Pharma.
On December 17, three studies on nutritional supplements were published in the same issue of the Annals of Internal Medicine. Practitioners, consumers, and scientists—both integrative and conventional—dismissed the studies as inconclusive, poorly interpreted, structurally questionable, and much too vague to truly analyze the benefits of supplementation.
It’s not surprising that “leading” medical journals and doctors continue to argue against natural alternatives to pharmaceutical drugs—they’re even more drug and drug money-dependent than even the average American. For example, doctors frequently rely on drug companies to pay for mandatory Continuing Medical Education (CME) classes, while journals like the Annals of Internal Medicine are utterly beholden to the advertising dollars of drug companies.
Unconvincing studies on dietary supplements are nothing new. However, these three had a unique advantage: in what appears to be an attempt to generate media buzz, they were accompanied by a scathing editorial that gleefully declared “case closed” on the effectiveness of dietary supplements.
The editorial, entitled “Enough is Enough: Stop Wasting Money on Vitamin and Mineral Supplements,” based its “decree” on those three flawed or inconclusive studies. Keep in mind that at this point, there are hundreds of thousands of scientific studies suggesting that supplements can be valuable.
As noted by ANH-USA board member Dr. Ron Hoffman, the compliance of patients to these particular “negative” studies’ supplementation regimen is unclear. “Recall” studies—where participants self-report whether or not they complied with the experiment’s protocols, sometimes years before—are notoriously unreliable.
We might add that one doesn’t really know for sure what the individuals took, what doses it contained, whether the right co-factors were taken, and of course whether the individuals were deficient in the substance to start with. In some cases, scientists devising studies do not even seem to know much about what they are studying.
As we point out in our companion article, so-called studies of vitamin E mostly use only alpha-tocopherols, even though it should be understood by now that tocopherols must be mixed, and that too much of the alpha form interferes with absorption of the arguably more vital gamma form. This is somewhat like the World Health Organization recommending putting calcium in the water supply without any realization that calcium without co-factor vitamin K2 in particular can create a heart risk rather than a bone benefit. The degree of ignorance about these basic points in many researchers is at this point inexcusable.

The Editorial Was Also Based on Flawed Assumptions

Most supplements do not prevent chronic disease or death, their use is not justified, they should be avoided. This message is especially true for the general population with no clear evidence of micronutrient deficiencies, who represent most supplement users in the United States.

This simply isn’t true. Most consumers don’t take vitamins to “prevent chronic disease or death,” as the editorial says. They’re just trying to bolster their overall health in combination with diet, exercise, and lifestyle choices. The integrative community knows there’s no “magic pill” for health, and therefore strives for holistic solutions. In this sense, the Annals editorial perfectly personified the Achilles’ Heel of modern medicine: its hyper-focus on piecemeal, “one-pill-per-symptom” approaches to health.
Implying that the general population has “no micronutrient deficiencies” perpetuates a common anti-supplement myth: that we can get all of the vitamins and minerals we need from the average American diet. Common sense and a growing body of scientific evidence heartily disagree!
Fully twenty percent of Americans eat fast food twice a week; fourteen percent eat fast food three or more times a week. We can’t get all the micronutrients we need from burgers and fries! But even if we were to eschew fast food and crafted healthy meals every day, we’d still be lacking critical micronutrients: according to the National Health and Nutrition Examination Survey (NHANES), up to 93% of Americans don’t get enough micronutrients in their diet due, in part, to soil depletion and our practice of breeding plants based solely on taste and aesthetics: in vegetables, for example, iron content has fallen 27% since 1940. As we have also pointed out, people vary greatly in their ability to digest and assimilate nutrients.

Study One: Multivitamins and Adults

This meta-analysis (which combines the results of selected independent studies, which itself introduces bias) showed “no clear evidence” of a beneficial effect of supplements on cancer prevention. Surprised by these results, ANH-USA’s sister organization, ANH-International, did a thorough analysis of the study’s design and found it to be a “perfect example of a study designed to fail”:

Additionally, the study claimed to analyze multivitamins—yet out of the twenty-seven studies considered, only three looked at multivitamins.

According to the editorial’s summary, multivitamins do not prevent cognitive decline in men over 65. However, according to the study’s own declaration of limitations, the doses used may have been “too low” and the study participants “too well-nourished” to benefit from a multivitamin.
Participants in this study were considered “adherent” to their multivitamin regimen if they took it a mere two-thirds of the time—as LEF pointed out in its rebuttal, that means you could skip the multivitamin four months out of the year, and still be included in the study results!
There’s also the problem of taking a single multivitamin for something as serious as cognitive decline, when other supplements (such as some B vitamins and foods such as coconut oil) are far more appropriate.
Then there’s the problem of the study’s main sponsors—and the strong possibility of conflicts of interest: Pfizer (which has been trying and failing to market an Alzheimer’s drug) and the chemical company BASF. These companies have a vested interest in the failure of supplements to help cognitive decline.

Study Three: Multivitamins in the Prevention of a Second Heart Attack

The intent of this study was to learn more about chelation therapy, not determine the benefits of dietary supplements. But somehow, the editorial uses this study as hard evidence that multivitamins don’t work.
You wouldn’t be able to tell this from the headlines, but any conclusions that can safely be drawn from the study actually indicate the incredible benefit of dietary supplements: those who took multivitamins without statins experienced a 34% reduction of cardiovascular risk! This is enough to “reach a high level of statistical significance,” (meaning it’s unlikely that the benefit observed was due to chance).
How could the editorial’s authors claim otherwise? In their analysis, they misleadingly lumped patients with vital differences together in one group. For example, some of the study participants were taking statins, while some weren’t. Since past research has shown that dietary supplements for heart health should not be used in tandem with statins (just another reason why statins have more drawbacks than benefits!), the results of the statin and non-statin groups should have been analyzed separately. Instead, the editors assessed them together. This essentially compared “apples to oranges,” and skewed the overall results.
Furthermore, the authors failed to acknowledge that subjects in the group that received multivitamins had a higher rate of diabetes. The problem? Since people with diabetes are twice as likely to suffer heart disease, this may have also tainted the study’s “lump sum” results.
In any case, as both the study itself and the editorial are forced to state, no definitive conclusions can be safely drawn from this study, because it had a participant drop-out and non-adherence rate of 46%!
The Annals served up exactly what mainstream media loves: a reinforcement of the conventional medical narrative, “definitive” hyperbole, and a healthy dose of natural-health-bashing. The Wall Street Journal, Slate, Reuters, the New York Times, Fox News, and a number of local news outlets gobbled up the editorial word-for-word, leading with such headlines as “Study Finds Multivitamins Are a Complete Waste of Money, Why Do We Keep Taking Them?”
In their eagerness to bash supplements, the mainstream media seems to have lost their memory (we’d recommend niacinamide for that): less than two years ago, they touted the Journal of American Medical Association’s study, which found that low-dose multivitamins may help prevent cancer in men, cutting their risk by up to 8%. The difference? That study’s centerpiece was the multivitamin Centrum Silver, made by Big Pharma company and mainstream-media advertising giant Pfizer.
What this demonstrates is how utterly controlling Big Pharma is when it comes to these studies. When the drug companies want to show supplements in a bad light (because they might compete with their high-dollar pharmaceutical, as with statins), the results are negative. But once in a while, when they have their own product to sell (here, their own brand of multivitamin), the results are more positive. Pfizer doesn’t sell expensive pharmaceuticals that “prevent” cancer, so they’re content to make a few bucks off of the mainstream media promoting their junk, low-dose vitamin.

21 thoughts on “War on Integrative Medicine, Part Three: Get the Public to Believe Junk Science”