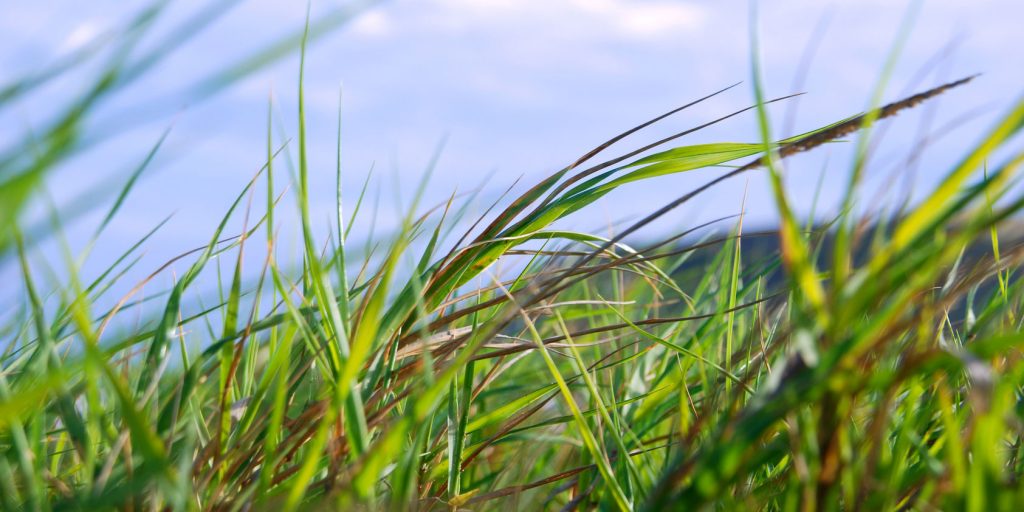 Now biotech companies want local residents to pay the costs of clean-up! Action Alert!
Over a decade ago, Scotts partnered with Monsanto to market a GM bentgrass resistant to glyphosate (Roundup). It was planted next to the Malheur National Forest in test plots ostensibly controlled by Oregon State University. Unbeknownst to most people, it was also planted all over the US—in California, Iowa, Maryland, Pennsylvania, and seventeen other states.
It was supposed to be confined and controlled, but it very quickly escaped and spread out of the test plots in Oregon into Idaho, and crossbred with natural grasses to create new breeds that were also resistant to glyphosate. It clogged up irrigation ditches, threatening food crops and contaminating pasture-raised cattle with GMOs. In addition to the immediate threats to farmers and ranchers, grass seed—which is among Oregon’s top five commodities—is now under threat.
Initially, Scotts-Monsanto tried to stop the spread and clean up the contamination. But it was unable to do so because the original bentgrass (and now the other grasses it cross-pollinated with) are glyphosate-resistant. More toxic herbicides have been brought in to try to keep irrigation ditches clear, and to stop the grasses from clogging and eventually killing waterways important to wildlife and humans.
Now, according to The Oregonian, Scotts-Monsanto is walking away from the monster it created, leaving farmers, ranchers, wildlife, and eventually the fishing industry (if it spreads to the Columbia River) to deal with it. The current conundrum is that herbicides necessary to kill the invasive GM grasses are toxic to aquatic life, including fish. Soon the grasses will become resistant to even the most toxic chemicals, and nothing will eradicate the invasive grasses but heavy equipment.
Worst of all, the effects of GM products replacing natural grasses and plants on wildlife were completely predictable.
Scotts-Monsanto was fined $500,000, the maximum penalty under the Plant Protection Act, and agreed never to sell GM bentgrass. In addition, the companies were ordered to eradicate the GM nuisance in irrigation districts so farmers could continue farming.
But the federal government is apparently stepping in to help Scotts-Monsanto avoid liability. The US Department of Agriculture (USDA) recently deregulated the GM grass, a move that shifts the burden of controlling GM bentgrass from Scotts-Monsanto to local landowners and American taxpayers.
The law is clear: if a plant poses a risk, the USDA is not to deregulate it. Scotts-Monsanto has already signed an agreement not to sell the product. So why is the USDA violating the law and deregulating GM bentgrass? Why would Scotts-Monsanto ask that it be deregulated when it has agreed not to sell it? It may be because GM bentgrass has been planted all over the United States, and when it’s discovered that the Oregon scenario is happening in every state, Scotts-Monsanto can pin it on the government and the taxpayers avoiding responsibility for costly clean-ups.
There are precedents for farmers and consumers holding biotech companies legally accountable in these scenarios. Midwestern corn growers filed a class-action lawsuit against Syngenta last year, claiming the company’s GM corn contaminated their crops and cost them billions in international sales. In 2011, Bayer paid $750 million to Southern rice growers in a similar scenario.
We hope justice is done in Oregon, and the parties responsible for this mess are forced to clean it up.
Action Alert! Tell the USDA to stop offering legal liability protection to biotech companies. Please send your message immediately.

Other articles in this week’s Pulse of Natural Health:
Drugs Don’t Work!
Want Your Kid to Have Asthma? Take Acid Blockers!
Vaccine Mania
Share This Post