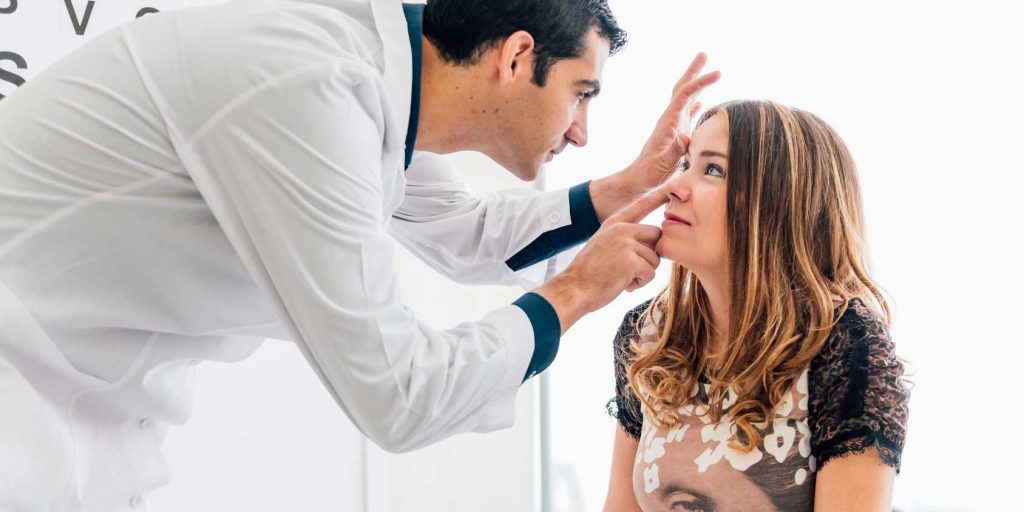 Last month’s Green Medicine reported a “breakthrough” publication[i] from a major American university (in collaboration with a group from a Chinese university) about ultraviolet blood irradiation, a decades-old, effective, and safe natural medicine treatment to eliminate infections. The report[1] was titled, in part, “The Cure that Time Forgot.”
There are literally hundreds of “cures that time forgot”! More accurately, there are literally hundreds of cures that “time” has ignored, or in many instances repressed, all because there wasn’t enough money to be made using safe, effective natural treatments—no $1,000 per pill, no $1.6 billion dollars to complete the FDA approval process.
But enough about making big, big money from ill health, and onto the remarkable (and almost entirely forgotten) work done and published in the 1930s and 1940s by Arthur Alexander Knapp, MD, an ophthalmologist and director of the Eye Service at Sing Sing prison hospital, who did research at the College of Physicians and Surgeons and Columbia University and at the New York Eye and Ear Infirmary.
Dr. Knapp observed that many eye disorders are a sign of a latent nutritional deficiency, and can be among the first signs of a systemic problem caused by nutrient inadequacy. He believed that understanding eye problems would help clarify or determine the overall diagnosis.
Dr. Knapp’s observations were made in both animals and humans. Some of his earliest work involved feeding animals a diet deficient in one or more nutrients and comparing the diseases that resulted to those of animals fed a normal diet. Animals fed diets low in calcium and vitamin D developed several eye problems very similar to those seen in humans.
With increasing nutritional deficiencies, the animals’ eye disorders became progressively worse. He reported that myopia (nearsightedness), keratoconus (cone-shaped deformation of the cornea—the frontal surface—of the eye), cataracts, optic nerve atrophy, retinitis pigmentosa (abnormal pigmentation of the retina which can progress to blindness), and allergic conjunctivitis were all related to, and treatable in varying degrees with, vitamin D and calcium.[ii]
His research in animals was followed by its application in humans.
To prove that vitamin D and calcium really made improvements in myopia and keratoconus, Dr. Knapp actually had plaster casts made of the shape of the cornea and the visible part of the eyes of human sufferers from myopia and keratoconus, before and after their treatments. (I don’t think I’d want plaster anywhere near my eyes, but Dr. Knapp was able to accomplish this with no harm done to the individuals involved!) The change in the shape of the plaster casts proved that the shape of the eyes had actually changed with calcium and vitamin D treatment. He often recommended as much as 50,000 IU vitamin D daily during treatment! (These are high doses, so don’t “do it yourself.” If you have any of these problems, always work with a physician skilled and knowledgeable in nutritional and natural medicine.)
In a 1938 study, Dr. Knapp reported that treatment with vitamin D and calcium helped reduce myopia in close to 50% of the patients.[iii]
In individuals with a more severe form of myopia, termed “rapidly progressive,” over 50% of this group had either no further worsening in their myopia, or a significant decrease in the “rapid progression.” One-third actually had improvement in vision.
Although Dr. Knapp reported no research or clinical work with children, his research suggests that parents who are told their child needs glasses because of myopia (nearsightedness) should have the child tested for vitamin D. If the test result is found to be below the “tropical optimal” (60-100 ng/ml), supplemental vitamin D might slow, stop, or even reverse the child’s myopia!
Back to Dr. Knapp. One of his greatest successes was in treatment of keratoconus (remember, that’s a cone-shaped deformation of the cornea—the frontal surface—of the eye) with vitamin D and calcium. He reported in 1938 and 1939 that every individual treated had a favorable reduction in the “height” of the abnormally cone-shaped cornea5 (remember those plaster casts!), and that there were significant improvements in vision and in other objective criteria.[iv],[v],[vi]
Dr. Knapp’s work with experimental animals helped him to explain the improvements he found in humans. In experimental animals with both vitamin D and calcium deficiency, weaknesses developed in the walls of the eye, including the outer surfaces of both the cornea and the entire rest of the eyeball. This weakness was clearly observable under the microscope, and in Dr. Knapp’s technical terms, the “fibrous tunic” of these tissues was defective and weakened.
The defect worsened progressively with increasing vitamin D deficiency. Because of this weakening of the walls of the cornea and eyeball, the corneas and entire eyes literally enlarged—as proven by those before-and-after plaster casts, as well as measurement with a toolmaker’s microscope, accurate to 1/10,000th of an inch. Keratoconus and myopia were the logical and invariable results of these enlargements.
Even though Dr. Knapp reported improvements in retinitis pigmentosa in the 1940s, his work is still not being applied by mainstream medicine. Here’s an excerpt from his 1978 summary report “Blindness: Forty Years of Original Research”:

Patients with retinitis pigmentosa were treated with sufficient vitamin D and calcium. Without exception, every patient improved. Most of those treated were of the very advanced type with very contracted [visual] fields and often poor central vision.[vii]

He also observed that after improvement of retinitis pigmentosa with vitamin D and calcium treatment, “optic nerve pallor” (abnormal paleness of the optic nerve likely due to lack of blood flow) disappeared, and significantly increased blood flow could be observed.
In 1942, Dr. Knapp reported a study of 47 patients with allergic conjunctivitis of the eyes caused by allergy associated with myopia and keratoconus. The symptoms included itching, sensitivity to light, discharge, and tearing. Of the 43 who received treatment with vitamin D and calcium, 42 improved significantly[viii].
In the 1940s, Dr. Knapp was a captain in the Naval Reserve of these United States, assigned to the South Pacific. He worked with marines and sailors who had eaten only canned food for up to eighteen months while in service. Many had decreases in their vision over that time, documented by comparing the results of eye testing in these patients when they were recruited for service to results of eye testing when the men first reported symptoms at the base hospital.
As the visual declines were very similar to those Dr. Knapp observed in the 1930s in nutrient-deficient animals, he recommended calcium and high-dose vitamin D treatment, which improved their vision in many cases.[ix]
Being an ophthalmologist, Dr. Knapp treated other eye complaints in these servicemen, including inflamed eyes accompanied by itching and photophobia (unusual sensitivity to light), and “vernal catarrh”—a stringy type of discharge from the eye caused by allergy. Some of the servicemen who complained of eye disorders were found to have “hazy fundi oculi,” which he described as an abnormality affecting the ocular nerve. Some of the men with “pallor of the optic nerve” had enlarged blind spots.
Treatment was simple: nutrient-dense diets full of fresh fruits, vegetables, and meats, along with multiple vitamin/mineral supplements. Most men recovered rapidly with this diet, many within just a few days. No other health issues were noted in any of the men except the eye disorders, and all otherwise appeared healthy.10
Back to the 1930s again, when Dr. Knapp conducted many of his animal studies with Dr. S. N. Blackberg. Some of these studies focused on the effects of a diet so low in vitamin D diet that rickets (bone deformation) resulted. They studied the development of eye disorders in these animals.
After only six weeks on the very low vitamin D diet, the dogs had many areas of deterioration in their eyes at about the same time as they developed an early stage of rickets. These eye problems became more and more pronounced during the next two months. Six months after the beginning of the very low vitamin D diet, the dogs developed cataracts.[x]
After twenty-nine weeks, one of the animals experienced conditions so severe that eye ulcerations developed and the dog died. In a control group of animals fed either a kennel diet or supplemented with vitamin D, none of the symptoms of rickets or eye disorders occurred
In a later publication, Drs. Blackberg and Knapp theorized that the degenerative tissue changes they observed in animals in advanced stages of vitamin D deficiency in this study—including thinning, dimpling, and “cornification” (a callus-like thickening) of the surface cells of the cornea—may be responsible for weakening the cornea (as well as the rest of the eye) and contributing to pathological changes similar to those observed in humans.[xi]
Very fortunately, even if the importance of vitamin D to eye health—as demonstrated seventy to eighty years ago by Dr. Arthur Alexander Knapp and his colleagues—is another preventive and treatment measure that “time forgot,” you and I can do the preventive part ourselves! With the help of an physician skilled and knowledgeable in natural medicine, we can determine what amount of vitamin D is optimal for each one of us.
Of course it’s harder to treat ourselves for myopia, keratoconus, or any of the other eye problems noted above. Check with a physician skilled and knowledgeable in natural medicine about that, and maybe bring a copy of this article (with the references) along with you!

One response to “The Almost-Forgotten Work of Dr. Arthur Alexander Knapp”