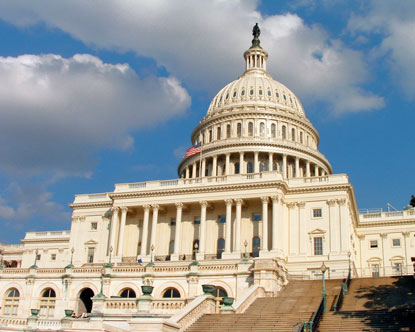 ANH-USA is always working behind the scenes in Washington on your behalf. But sometimes we can’t shout it from the rooftops.


Last year we campaigned against Senator Leahy’s “food safety” bill that increased criminal penalties for “misbranding” or “adulterating” foods to a maximum of ten years in jail. It passed in the Senate but not the House. In April, we reported that the Leahy bill has been reintroduced in the current session of Congress, and we issued a new Action Alert.

What we couldn’t tell you last year was that under the original Leahy bill, nutritional supplement manufacturers and distributers were explicitly threatened with “misbranding” or “adulterating” jail terms if they failed to follow to the letter the FDA’s New Dietary Ingredient (in reality, new supplement) provisions.

Why couldn’t we tell you about it? Because we knew the FDA was busy crafting its NDI draft guidance at the time, and we didn’t want to say anything that might make the new guidance worse. For this reason, we worked behind the scenes, alongside other interested groups including the Natural Products Association, to get the explicit linkage to NDI removed from last year’s Leahy bill. If the NDI provision had remained and the law had been passed, then once the FDA’s draft guidance came out, FDA would have had even more power to seek ten-year jail sentences.

Risks are already high enough for new supplement producers without making them explicitly subject to a ten-year jail term for so-called “misbranding,” which in practice can mean a minor paperwork violation. If the government makes new supplement production too risky, then the inevitable result will be that we won’t have new supplements, and the drug companies will be cheering.

Because we collectively removed the explicit NDI provision from Leahy bill last year, the language wasn’t in the bill that was reintroduced this year. However, the Leahy bill is still a bad bill, one that is ripe for misuse. If passed, it is possible that someone might still try to apply the ten-year jail terms to the new supplement rules.

And supplements are not the only food in danger from the Leahy bill. For example, according to the FDA, raw milk producers are guilty of adulteration because raw milk is considered inherently unsafe—despite clear scientific evidence to the contrary! The Leahy bill would give the FDA a bigger hammer to go after raw milk providers. Speaking of raw milk, be sure to see our article in this issue on Wisconsin residents being denied the right to consume raw milk from their own cow!

The Leahy bill passed in the Senate and has been referred to the House Judiciary Committee and the House Energy and Commerce Committee. We will keep you posted.