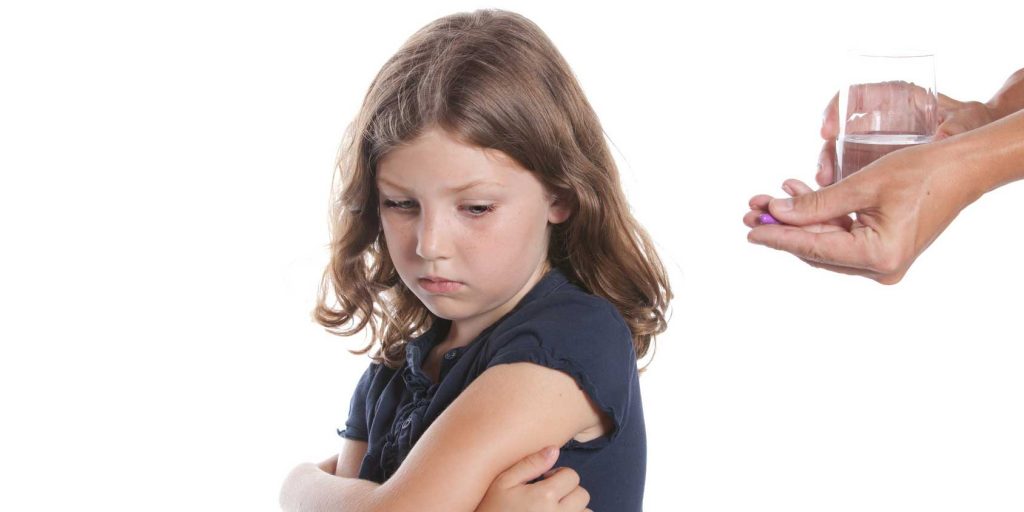 These drugs are dangerous enough for adults—so why are we giving them to two-year-olds (and even younger) children? Who exactly has the mental problem here?
A story published in The New York Times documents the rising trend of conventional doctors prescribing antipsychotic and psychotropic drugs to children two years old and younger. The report estimates that, in 2014 alone, 20,000 prescriptions were written to give young children drugs like risperidone, which is typically used to treat schizophrenia and bipolar disorder in adults. An additional 83,000 prescriptions were written for Prozac.
These drugs are reportedly being used to “treat” violent or withdrawn behavior, despite a complete absence of any published evidence that would support using the drugs in that way or at this age. As we recently reported, these toxic and addictive drugs are correlated with violent behavior and are probably the cause.
One of the doctors interviewed by the Times noted that, because the brain in young children is undergoing rapid transformations, it is incredibly risky to expose it to powerful, mind-altering drugs. For these reasons, the medications have never been subject to clinical trials in infants and toddlers.
We won’t subject them to clinical trials because they are too dangerous—but we will give them the drugs without conducting clinical trials. How can that make any sense?
“There’s a sense of desperation with families of children who are suffering, and the tool that most providers have is the prescription pad,” the same doctor concluded, echoing a criticism ANH-USA and others in the natural health field have been giving for ages. It is the result of a “one-size-fits-all” model of medicine, and the stubborn refusal of the Food and Drug Administration (FDA) to allow gentle and often very effective natural therapies such as foods, supplements, and lifestyle changes.
And why are so many young children exhibiting behavioral problems in the first place? More and more research is demonstrating how the microbes that reside in the gut are intimately connected with our mental health. If a poor diet (high in sugar and processed foods) and other factors (such as frequent antibiotic use) damage the gut microbiome, it can affect our mood—suggesting that what many of these children need is healthy food and a probiotic diet to address their mood problems, rather than pharmaceutical drugs that just exaggerate the problem.
Sadly, this is not the only instance of these drugs being abused and overused. We reported last year that nearly one-third of seniors with dementia who spent more than 100 days in a nursing home were given antipsychotics through Medicare’s prescription drug program. Brain-damaged veterans—as well as children living in foster care—are also routinely given these toxic and highly addictive drugs. As a society we should be taking care of these people. Instead, we are poisoning and deranging them.
This story also highlights the disparity between how conventional doctors are treated by state medical authorities and how integrative doctors are treated. Conventional doctors prescribe antipsychotics to two-year-olds despite no clinical trials or published data supporting that practice—and state medical boards and the FDA take little notice. Integrative doctors, on the other hand, are routinely harassed by medical boards and labeled “quacks” for using natural treatments that are backed up by dozens of studies—suggesting the persecution of integrative doctors is often less about safety and more about money and politics.

Other articles in this week’s Pulse of Natural Health:
Mystery Food Mandated by Congress?
New Cancer Treatment on the Way?
Share This Post

19 responses to “Toddlers Are Being Given Toxic, Mind-Altering Drugs”