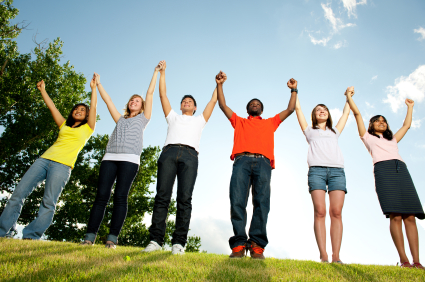 Last Friday, your voice was heard in Congress. Thanks to your activism, the provision to expand the Federal Trade Commission’s powers—and with it, the likely restricted access to nutritional supplements—did not make it into the final Wall Street “Reform” bill.

Congressman Henry Waxman (D–CA), with the support of powerful Congressman Barney Frank (D–MA), made a strong last-ditch effort to save the provision we’ve fought so hard against. The conference committee deliberations went on until early Friday morning, but in the end, the provision was not accepted and will therefore not be in the reconciled bill that will be submitted for final House and Senate passage and presidential signature.
Rep. Waxman is well known as an opponent of the dietary supplement industry. ANH–USA has been on alert to see how Waxman would use his committee chairmanship to strike at the DSHEA. He is very clever, and we knew a covert attack was a possibility. Last April we learned that Rep. Waxman had indeed gone covert.
He wrote FTC expansion language that was virtually indecipherable to any but a trained legislative expert, and hid it in a bill that was added to the vast House financial “reform” bill. This was done so covertly that even some health freedom activists did not believe that Waxman was the author of the provision, even though his own staff admitted it to us on two different occasions.
As soon as we became aware of this, we immediately took action. We forcefully spoke out and lobbied. We joined with over fifty other organizations opposing the provision. You responded to our appeal and made your voice heard in Congress.
This was crucial. Many of the organizations opposing this provision did not represent consumers. You told Congress that consumers and voters cared. After the decision went to a joint House–Senate committee, we contacted those of you who were in the particular states and districts represented, so that your message was carefully targeted.
Last Tuesday, Rep. Spencer Bachus (R–AL), ranking member on the House Financial Services Committee, offered an amendment to the Conference Committee excluding the FTC expansion powers from the Wall Street Financial “Reform” final package. Rep. Waxman responded by strongly urging House conferees to leave the provision in, saying it did little more than put the FTC regulatory and enforcement authority on par with other oversight agencies included in the financial reform bill, such as the Securities and Exchange Commission or the proposed new Consumer Financial Protection Agency. Note that Waxman could have limited the expanded powers to finance, but he did not. As we have explained in earlier articles, there is every reason to think that he was really aiming at supplements.
Waxman also told the conferees, “This is not a radical [grant of] new authorities.” Note again that this is technically true. These powers are not new. The FTC had them in the past and lost them because of abuses. But Waxman’s statement was misleading and therefore false—this was a radical expansion of FTC power. The conferees then rejected Rep. Bachus’s amendment by voice vote, which implied that the Waxman provision might yet pass.
Last Thursday, knowing that the deliberations were coming to a close, we again asked ANH–USA members who had senators or representatives on the conference committee to contact them directly. And in the early morning hours of Friday, the provision was defeated—proof that you are the deciding factor in the battle for natural health and health freedom!
We need to stay vigilant, however. FTC expansion efforts by Waxman are not necessarily over. Our allies on Capitol Hill believe he may slip the language into a miscellaneous amendment on some other bill. We have to be especially concerned about the lame duck session that will follow the fall election when defeated representatives have one last chance to vote. But now we know Waxman’s game plan, who his allies are in the Senate, and we will update you on any new developments.

19 responses to “Victory! The Anti-Supplement FTC Expansion Provision is Defeated—At Least for Now”