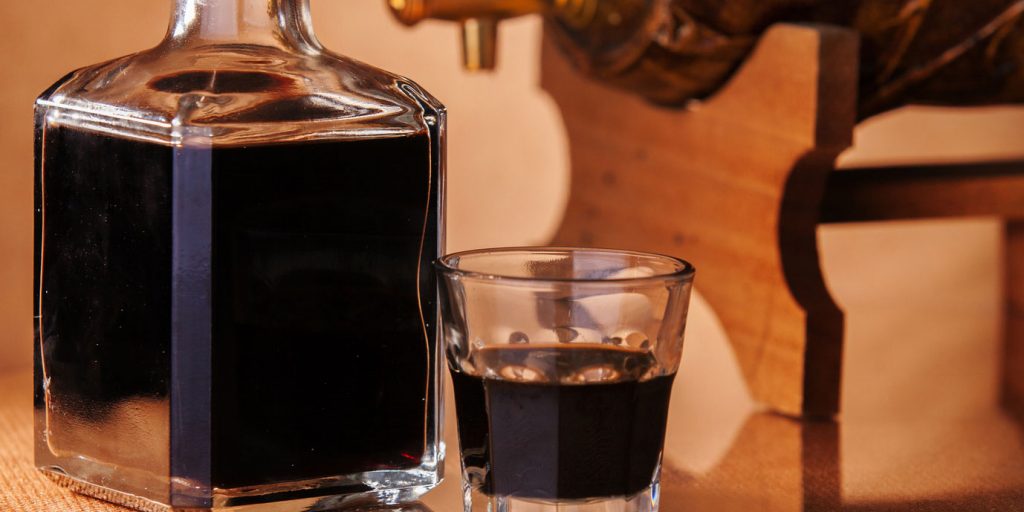 Yes, that’s vinegar! Once again, when actually researched, it’s found that those humans who preceded us in life on our planet were just about as smart—and likely just as dumb, in some cases—as those of us alive today. What does that mean? A few of us are old enough to remember Folk Medicine by Dr. D.C. Jarvis, who told us of multiple uses of vinegar for health. In the 21st century, researchers are finally reporting that there really are “beyond-the-salad” health uses for vinegar.
Let’s start with “leaner.” In 2009, Japanese researchers published[1] an animal research report titled “Acetic acid upregulates the expression of genes for fatty acid oxidation enzymes in liver to suppress body fat accumulation.” In English, acetic acid—the central feature of all vinegars, responsible for their tangy, acid taste—gets the liver to burn fat faster. They went on to explain how that this effect was observed only in cells containing the enzyme AMPK (for the scientifically inclined, adenosine monophosphate kinase) but not observed in cells depleted of this enzyme.
Later in 2009, the same Japanese research group reported[2] human research titled “Vinegar intake reduces body weight, body fat mass, and serum triglyceride levels in obese Japanese. . . .” (That doesn’t require any translation, does it?) The 175 volunteers were divided into three groups of similar weight, body mass index (BMI), and waist circumference. The research was double blind (nobody knew who was getting what).
Each group was given either a 500cc beverage (~17 ounces) containing no vinegar, or 15ccs (~1/2 ounce), or 30ccs (~1 ounce) of vinegar, over a period of twelve weeks. The researchers reported, ”Body weight, BMI, visceral (belly) fat, waist circumference, and serum triglyceride levels were significantly lower in both vinegar intake groups than in the placebo group.” They added, “Daily intake of vinegar might be useful in the prevention of metabolic syndrome by reducing obesity.”
This same research report noted that they and other Japanese research groups had previously reported that vinegar lowers blood pressure,[3],[4] lowers high cholesterol,[5] and results in lower blood sugar readings after meals.[6] Another research group had reported another way that acetic acid achieved results, by inhibiting the enzyme that synthesizes fatty acids (fatty acid synthase, or FAS) as well as confirming that vinegar activates AMPK.[7]
In 2014, a Korean research group published a report[8] titled “Pomegranate vinegar beverage reduces visceral fat accumulation is association with AMPK activation in overweight women: A double-blind, randomized and placebo-controlled trial.” Their findings were similar to the findings reported from Japan. After eight weeks, the women ingesting vinegar had significantly reduced visceral adiposity (belly fat) and enhanced AMPK activation.
This research focuses on weight, fat mass, belly fat, blood pressure, cholesterol, triglycerides and mentions metabolic syndrome (otherwise known as pre-diabetes) and repeats the finding that AMPK activation is part of the cause of all this. But before skipping to the connection between the enzyme AMPK and longevity . . . yes, a digression!
All of this research work was done in Japan and Korea. Despite considerable trying, no research concerning vinegar and these topics has been found to have been reported from these United States. Could the unpatentability of vinegar—no $100-$1,000 per bottle of vinegar possible—and the $2.6 billion dollars for “approval” by los federales as reported by the Tufts University Center for the Study of Drug Development[9] be the reason?
And if any American vinegar seller in the Land of the Free were to tell us the truth about vinegar research in their advertising, los federales would very likely send them “warning letters” threatening confiscation of their products, just as “warning letters” have been received by California walnut growers, Michigan tart cherry producers, and many others!
Back to vinegar and AMPK. The connection between AMPK activation and longevity is well known to science. What’s not so well known to many of us are the other AMPK connections to health so well summarized by Mark F. McCarty in his version[10] of the article “AMPK Activation—Protean Potential for Boosting Healthspan,” later published[11] in slightly revised form—with 259 references—in the journal Age.
I’ll just get out of his way and admire his words from the abstract:
An overview of current evidence indicates that AMPK may: reduce risk for atherosclerosis, heart attack, and stroke; help to prevent ventricular hypertrophy and manage congestive failure; ameliorate metabolic syndrome, reduce risk for type 2 diabetes and aid glycemic control in diabetics; reduce risk for weight gain, decrease risk for a number of common cancers while improving prognosis in cancer therapy; decrease risk for dementia and possibly other neurodegenerative disorders; help to preserve the proper structure of bone and cartilage; and possibly aid in the prevention and control of autoimmunity.
Vinegar, anyone? If even half of this list is possible (remember, the preceding list is “backed up” by 259 references to the scientific literature) then vinegar—and anything else safe, natural and unpatentable that stimulates AMPK—should be considered for use as part of your healthy aging and longevity program. The list includes berberine, quercetin, honokiol (a component of magnolia), ECGC (epigallocatechin gallate) resveratrol, and probably butyrate. (Metformin also activates AMPK; as a molecule not found in Nature, avoiding it is best.)
As vinegar is the least expensive and least likely to be the victim of raids, confiscation, and banning by los federales, it’s a good place to start!
Other articles in this issue: