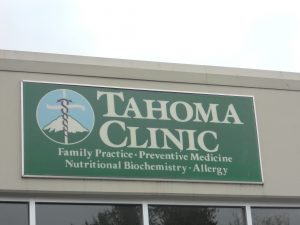 
Any list of the greatest integrative physicians of America would include Dr. Wright. He is a pioneer who has developed innovative and successful natural therapies utilizing food, supplements, and lifestyle changes for a host of maladies that conventional medicine cannot cure. His style of medicine represents our future.

The Washington State Medical Quality Assurance Commission (MQAC—yes, that would be pronounced M-Quack) does not like this. It has attacked and harassed Dr. Wright at every opportunity, often with trivial charges. The latest charge is far from trivial. And it represents a case of where the Commission is blaming Dr. Wright for a mistake that was actually made by the Commission.

MQAC has now scheduled a three-day hearing March 18–20. This famous doctor’s license to practice medicine in Washington state will be at stake. Here are the facts.

Dr. Wright supervised him very closely, reviewing every one of his patient visits from September 2007 through January 2008. After that, Dr. Wright met with the MD once a week, and weekly reviews of patient records continued until the MD left Tahoma Clinic (and the state of Washington) in April of 2009.

Tahoma Clinic employees continued to check the MQAC website every month while the MD was at Tahoma Clinic, and for the entire time, his medical license was listed as “pending.” Despite supervised practice being completely legal, the MQAC has now charged Dr. Wright with “aiding and abetting the unlicensed practice of medicine”—claiming that this somehow endangered the health and safety of the citizens of Washington.

Legal proceedings followed. During the deposition of an MQAC official by Dr. Wright’s attorney, the official admitted that one department at MQAC actually knew from the very start of Washington State’s licensing process that this MD’s medical license (outside of Washington State) had been revoked—but this information was never posted on MQAC’s website for Tahoma Clinic employees or the public to see. MQAC’s website continually listed the MD’s license status as “pending” the entire time he was in Washington State.

Had MQAC at any time informed Dr. Wright of what its own official admitted MQAC knew all along—that this MD’s medical license had been revoked in another state—Tahoma Clinic and Dr. Wright would have stopped the MD from seeing patients immediately. But MQAC did not inform anyone, either directly or by changing the website information available to the public—for the entire time the MD was in Washington State. It continued to say that the MD’s Washington license was “pending.”

It is not known whether the withholding of this important information was the result of error or was done deliberately. However, if there was indeed any endangerment of the health and safety of the citizens of Washington State, it was the action (or inaction) of MQAC itself that caused that endangerment.


These last two investigations of Dr. Wright pale beside what happened in 2006 to Dr. Geoffrey Ames of Richland, Washington, another respected practitioner of integrative medicine. He saw a patient who had a positive antibody test (IgG4 RAST) for egg white and egg yolk. Dr. Ames explained treatment options for this problem, including not eating eggs at all, and desensitization to eggs. To achieve desensitization, Dr. Ames sometimes used a combination of kinesiology and EAV (a non-invasive electronic device), which he recommended to be used for this patient. Although no treatment was actually given, and no harm at all was done, the patient subsequently wrote a letter to MQAC complaining about the EAV device.

MQAC charged Dr. Ames with “moral turpitude” (yes, the same charge used against sex offenders and child molesters), violations of interstate commerce (which is a federal, not a state responsibility) and intrastate commerce, and unprofessional conduct for using a device which the Commission alleged was simultaneously “ineffectual” and capable of causing harm to the patient! (No one has ever been hurt by an EAV device; many people, but of course not all, have been helped by the information it yields.)

Although the charge of “moral turpitude” (which of course was made public) and violations of interstate and intrastate commerce were later dropped, and no patient was harmed in any way, the Commission suspended Dr. Ames’s license for five years! In a perfectly transparent attempt to force Dr. Ames to practice “conventional” medicine (against both his conscience and the best interests of his patients), MQAC stayed the suspension on several conditions: that he meet with the Commission and submit to interrogation every six months at a location over 200 miles away, and that he send in chart notes from ten allergy patients every three months along with a signed affidavit that he is not using his EAV machine.

For comparison, let’s take a look at the penalties handed out by the Commission to “mainstream” physicians involved in actual cases of injury to a patient, or even death. Except for the text in brackets, the two examples below are verbatim from the Washington State Auditor’s report:

Per the sanction guidelines for practice below the standard with significant patient injury, the range is suspension for 5 years to indefinite suspension or permanent revocation.

[MD #2] performed a laparoscopic oophorectomy [ovary removed through a small incision in the abdomen] on Patient A. [MD #2]’s laparoscopic procedure resulted in perforation of the small bowel. This is a rare but recognized complication of this procedure. [MD #2] was not aware of the complication at the time of discharge. [MD #2]’s system of follow up contact with the patient during the first post-operative hours was insufficient to learn of the patient’s signs of distress in time to effect life-saving repair surgery.

Sanction does not appear to be appropriate because per sanction guidelines, the sanction range for practice below standard with patient harm is probation or suspension for 2 years to suspension for 7 years to revocation.


We have written before about the problems at state medical boards that range from incompetence to bias to attempts to enforce monopoly medicine to outright corruption. For example, see our reports on the much-investigated Texas Medical Board. You would think that Washington State would be a place that would be accepting of integrative medicine, with its emphasis on diet, supplements, and lifestyle, as a supplement to conventional drugs and surgery. But think again. The Commission’s decades-long vendetta against a giant of contemporary medicine is a black mark against the state.

MQAC should be ashamed of itself for mindlessly attacking Dr. Wright on ridiculous grounds, for blaming him for its own mistakes, and for an arrogant refusal to follow its own rules. It took a lawsuit to start to turn the Texas Medical Board around, and it will probably require a lawsuit against MQAC to get its attention. ANH-USA has begun consulting with our legal counsel.

Meanwhile, if you are a Washington resident, you can help. Action Alert! Please contact your governor and your legislators about MQAC blaming—and threatening Dr. Wright with penalties—for a problem MQAC itself created! You can in addition call 1-800-562-6000; your call will be routed to your state senator and your two state representatives. The MQAC hearing begins on March 18, so please send your message today!