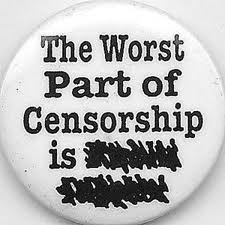 Wikipedia is the largest and most popular reference site on the Internet. Yet the articles that are pro-health freedom or integrative medicine perspectives are consistently gutted, removed, or vandalized.

Wikipedia’s 16 million articles (over 3.3 million in English) have been written collaboratively by volunteers around the world, and almost all of its articles can be edited by anyone with access to the site. But it is also an open platform, one prone to sabotage or editing by people with a particular bias, and natural health entries are often the ones bashed the most. Consequently, millions of people who search for alternative medicine cannot find information that isn’t heavily biased toward conventional medicine and the pharmaceutical industry.
Here are a few cases in point:

While anyone can edit an article, and one can challenge the decisions made by other editors, the debates can become mired in endless argument with little or no satisfactory resolution—and no recourse.
Larry Sanger, who co-founded Wikipedia in 2001, left the organization in because he was concerned about its integrity: “[There are] many problems afflicting Wikipedia, from serious management problems, to an often dysfunctional community, to frequently unreliable content, and to a whole series of scandals. While Wikipedia is still quite useful and an amazing phenomenon, I have come to the view that it is also broken beyond repair.” One example: in 2007 it was revealed that a prominent and long-standing Wikipedia contributor had lied about his identity, having claimed to be a tenured university professor when he was in fact a 24-year-old college drop-out.
Sanger notes that “In some fields and some topics, there are groups who ‘squat’ on articles and insist on making them reflect their own specific biases. There is no credible mechanism to approve versions of articles. Vandalism, once a minor annoyance, has become a major headache—made possible because the community allows anonymous contribution. Many experts have been driven away because know-nothings insist on ruining their articles.”
Despite these problems, Wikipedia remains a huge force on the internet, and supporters of natural health and integrative medicine cannot simply accept the current situation. If every one of our readers with internet and especially Wikipedia skills, took a hand in writing and editing articles, using verified scientific information with suitable citations, the situation could be improved radically.
So please consider this article another call to action, but of a different kind. Please get involved with Wikipedia and help save it from the one-sided critics (and, for all we know drug company ghost writers) who seem to control it now.
Before leaving this topic, we should also mention an alternative to Wikipedia called the “Wiki4CAM,” the Complementary and Alternative Medicine (CAM) Encyclopedia. It was founded “to provide the Complementary and Alternative Medicine community its own space, where it can build its knowledge base….A wiki is all about community participation. Your active involvement can make this wiki the most exhaustive and authoritative source for complementary and alternative medicine.” We do not endorse this encyclopedia, which is a work in progress, but it too would benefit from some knowledgeable volunteers.