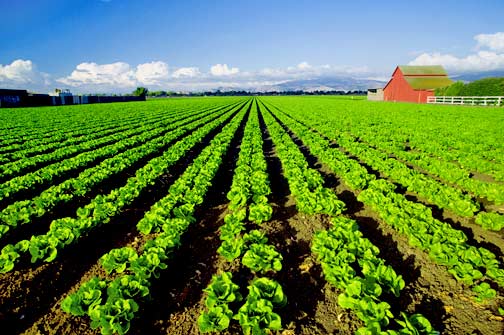 The mainstream media’s focus is on food stamps—but here’s what the natural health community needs to know about the Farm Bill. Action Alert!

Over the summer, both the House and Senate passed wildly different versions of the Farm Bill. Now, through a conference committee (where both chambers of Congress meet to merge their separate bills into one), your legislators are trying to bridge a $36 billion dollar gap between the two bills.

The Farm Bill doesn’t just affect farmers—it could have a real impact on you and your family: at stake are 16 million American jobs, the price of groceries, several already-passed GMO labeling laws, and $1 trillion of your tax dollars.

For the natural health community, there are multiple areas of concern in both versions of the bill (the House’s version alone is 608 pages long, so this isn’t surprising). However, there’s one amendment the final Farm Bill should not include, and one section it definitely needs to keep.

What to Throw Out: The King Amendment (a.k.a. the Interstate Commerce Amendment). It could undo state-level GMO labeling and animal rights laws.

“It’s exactly what our founding fathers wanted to avoid.” That’s what Rep. Steve King (R-IA) had to say about California’s Treatment of Farm Animals Law, which bans caging farm animals (for example, chickens and veal) in a way that does not allow them to turn around, lie down, stand up, and fully extend their limbs.

Rep. King was so offended by California’s law that, this summer, he succeeded in adding his amendment to the House’s version of the Farm Bill. Perhaps some of Rep. King’s outrage stems from the fact that he receives campaign funding from Premier Pork Marketing and Lynch Livestock, and doesn’t want to offend major donors! Simply put, the amendment would forbid any state from imposing its own higher standards or conditions on food produced or manufactured in another state.

While it specifically targets California’s animal treatment law, the way this amendment is written, it could usurp states’ rights to pass laws on food and farming in general, including GMO labeling laws. This means if the King Amendment is included in the final version of the Farm Bill, it could invalidate the GMO labeling laws passed earlier this year in Maine and Connecticut, and—if Washingtonians vote Yes on November 7—GMO labeling Initiative 522.

The King Amendment is a blatant infringement on states’ rights—some even argue that it’s a violation of the Constitution—and could unravel years of progress by the natural health movement on GMO labeling, animal rights, and state-level farm standards.

What to Keep: Section 11321 of the Farm Bill. It protects small farmers from burdensome FDA regulations.

In 2010, Congress Passed the Food Safety Modernization Act (FSMA), in which you, through your grassroots activism, won some major concessions for small farmers. As you may recall from our August 2013 update, the FDA—via the rulemaking process—is attempting to void these hard-won protections while failing to address such real food safety issues as antibiotics in animal feed.

However, Section 11321 of the House’s Farm Bill counters the FDA’s FSMA regulations by requiring the following before their implementation:


We applaud Congress for recognizing a host of FDA missteps on the regulations:


When it comes to the Farm Bill, there’s so much more than food stamps at stake. Action Alert! Ask Congress to throw out the King Amendment and keep Section 11321! Please contact your legislators—help us stand up for small farmers and GMO labeling activists. Please take action immediately!