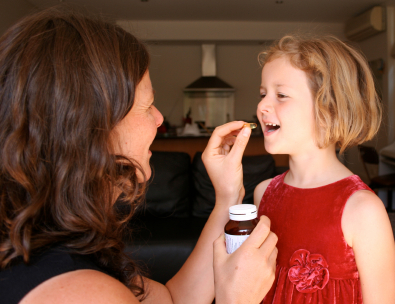 Look no further than the chair of the hospital’s therapeutic standards committee.

The chair of this key committee is none other than Paul Offit, MD, a wealthy vaccine inventor and anti-supplement crusader. He says that integrative medicine is nothing more than “magic” and a “placebo effect.” Too bad that children and their parents in Philadelphia will now either have to dance to his tune or find another hospital.

Children’s Hospital of Philadelphia (CHOP) announced last week that their formulary (the list of medications approved for use) will no longer include most nutritional supplements because they are “unregulated” and may be dangerous.

On top of that, the hospital will not allow patients to use most supplements without running a medical gauntlet and signing all sorts of forms. If parents are brave enough even to consider standing up to a wall of white coats, with who-knows-what-kind of treatment backlash for their children, they had better bring lawyers to read all the legal documents.

Of course the hospital has left itself an out. If it wants to, it says that it can still use supplements of its own choice. We aren’t told which specifically these might be. Perhaps these are the few supplements approved by the FDA, but by virtue of approval these are also drugs. More likely this is simply a loophole intended to provide some wiggle room. We don’t know.

While supplements do not need to be tested in randomized controlled trials before being brought to market, that form of vetting would be inappropriate for them. Patented drugs in general are patentable precisely because they are entirely new substances never seen before in nature. We have not co-evolved with them. Their effects on the human body are unknown.

Because the patent confers a monopoly on the manufacturer, pharmaceutical companies often make billions of dollars from their drugs, making it worth their while to spend an average of $1 billion to win FDA approval. To say that food supplements must be FDA-approved is simply to say that they will cease to exist. The economics would be completely impossible.

Sarah Erush, PhD, pharmacy clinical manager of CHOP, stated, “We’d much rather treat children with what we know works than provide them with a substance that may at best do nothing, or at worst, cause harm.” Is it really possible that a healthcare professional could be so ignorant as to believe that nutritional supplements will “at best” do “nothing?”

Erush mentions “interactions with medications” as a pitfall, which is a valid concern, but it isn’t as if these interactions are unknown. If the hospital is in doubt about the relatively few supplements that represent an issue when taken with drugs, they can go to the Mayo Clinic or other reputable websites for the information they should know anyway. And while we are discussing this subject, is the hospital equally concerned about drug interactions? We don’t think so.

This raises another alarming point. The hospital says they will not be satisfied unless the supplements are subjected to drug trials, not just on adults, but on children. Presumably then the hospital will also agree not to use any drugs that have not been tested on children as well? Of course not, because very few drugs given children have been tested specifically on children, much less on different age brackets of children. CHOP’s hypocrisy is astounding.

Let’s also keep in mind that even with randomized controlled trials (mostly on adults, often foreign adults of unknown health status) and FDA pre-approval, drugs’ history of safety is abysmal compared to supplements. As we reported in 2011, prescription drugs cause 487 times more adverse events than supplements, even though the standards for supplements are far more stringent. If a pharmaceutical company lists “chest pain” or “seizures” as a possible side effect of their drug, then these are considered to be within the range of expected outcomes! However, as USA Today reported, an “adverse event” for a supplement could be simply that it’s not working for that individual.

Two years ago, Sen. Dick Durbin (D-IL) and Rep. Henry Waxman (D-CA) asked the General Accounting Office (GAO) to review adverse event reports for supplement manufacturers, and the GAO came back with this: “The greatest challenge for identifying potential safety concerns from Adverse Event Reports (AERs) is the small number of AERs that FDA receives related to dietary supplements.” Durbin tried to spin this as adverse events being under-reported, but a subsequent investigation by the GAO found that there were only twenty instances of reporting problems with adverse events, demonstrating that the vast majority of supplement companies are abiding by the reporting requirements.

By discouraging the use of nutritional supplements, Children’s Hospital of Philadelphia is doing far more harm than good to their young patients. Due to poor diet, depleted soil, and toxins in our environment, few children get all the nutrition they need from their food, least of all hospital food selected by dieticians whose organization is supported by junk food companies.

ANH-USA has some recommendations on safe supplement use. Also be sure to read “Big Pharma and FDA: A Marriage Not Made in Heaven,” also in this issue. It’s excerpted from a new book, Crony Capitalism in America 2008-2012, written by the president of ANH-USA’s board, Hunter Lewis.

29 responses to “Why Has the Philadelphia Children’s Hospital Just Announced a Formal Policy Forbidding Nutritional Supplements?”