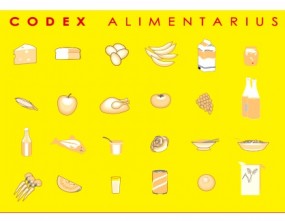 Not even nutrient-related disease! Our executive director’s gripping report from the front lines.


As we discussed last week, ANH-USA represented US consumers at the international Codex Committee on Nutrition and Foods for Special Dietary Uses, which met last week in Germany. Our executive director, Gretchen DuBeau, reports that the committee made a number of decisions that may well affect natural health in the US.

Here in the US, we have been debating various issues concerning natural health: Will we retain access to a wide variety of dietary supplements in high-nutrient-level dosages? Will we be able to access nutritious, healthy foods, or will selection and quality diminish because of industry or government control? Will we finally achieve mandatory labeling for GMOs? We naturally think that, if we are able to convince our policymakers, our rights will be protected. But we could be wrong. We have to keep a close eye on what happens overseas too.

One of the most significant outcomes from this meeting would have the effect of squelching free speech even further.  In relation to principles underlying food fortification for the prevention of diet-related illness, the committee members emphasized that language indicating that food prevents disease is forbidden and they are opposed to claims that may “mislead”—even if the claim is true. Happily, the US delegation disagreed, and said that while the US has similar policies about food claims, by definition the nutrients in food prevent nutrient-related diseases! The Botswana delegation agreed with us, pointing out that iodine prevents goiter, so therefore nutrients do prevent disease, yet Botswana nevertheless reinforced the ban.

This is at the heart of ANH’s work. We are here to educate consumers about the role that food, supplements (including nutraceuticals), and lifestyle play in optimizing health. And now we are seeing the beginning of international policy preventing health claims related to natural health products and foods. It’s difficult to educate consumers when international leaders are forbidding the discussion!

In another extremely troubling decision, the Codex Committee adopted extremely low Nutrient Reference Values for labeling purposes—that is, the intake levels of essential nutrients deemed adequate to meet most people’s minimal nutritional needs. They are roughly equivalent to our “Recommended Dietary Allowances,” in that RDAs indicate the daily dietary intake level of a nutrient considered sufficient by the Food and Nutrition Board to meet the requirements of 97.5% of healthy individuals in each life-stage and gender group. These new NRVs are far too low to be effective at preventing disease, according to most natural health experts, with even higher nutrient values needed to optimize health—though it was stressed that the actual values weren’t important because they are “just for labeling purposes.”

The committee also adopted single values—what some supposed “average healthy person” might need. And of course that doesn’t work! Children, young people, men, women (with different needs if pregnant), the elderly, and people with a multitude of nutrient deficiencies or excesses, food sensitivities, dietary needs, and illnesses—each would need a very different dosage. So we would advocate a range of values, which can take into account bioindividuality—the “systems biology” approach that considers the great variability in individuals’ genetic backgrounds.

Also under discussion were NRVs associated with reduced incidence of non-communicable diet-related diseases, or NRVs-NCD. Regarding those, the committee said, “Governments are encouraged to use the NRVs-NCD, or alternatively, consider the suitability of the general principles below, including the level of evidence required… in establishing their own reference values for labeling purposes for nutrients associated with diet-related non-communicable diseases.” In other words: member countries should adopt these standards precisely, or at least follow our guidelines if you need to tweak them to your needs.

Did you see that phrase, “including the level of evidence required”? At least here we find an upside: the committee proposed a broader scientific standard than the one it had been using previously. Instead of the “gold standard” of random-controlled trials (RCTs), both WHO and FAO now use something called the GRADE system, which takes into consideration all levels of evidence, including clinical, giving more weight to evidence that is more conclusive. And Codex is inclined to agree with this broader standard. This is extremely positive, as natural health products rarely have patent protection and therefore cannot afford hundreds of millions of dollars for RCTs, but may have an abundance of clinical evidence.

Of course, everyone’s big question is harmonization on supplements—that is, whether the US will accept the limits Codex creates for supplements (in terms of dosages and product availability). Unfortunately, there’s no easy answer to that one. The US delegation made it clear that our country intends to stay flexible—to create our own standards and use our own science, indicating no intention to harmonize at this time. Legally, we are not bound to harmonize. But we are subject to World Trade Organization (WTO) sanctions should conflicting national policy creates trade disputes.

This is unlikely to be an issue, but there have already been conflicts. For example, in 1985 the European Union enacted a ban on the production and importation of meat derived from animals treated with growth-promoting hormones. In 1989, the EU banned the import of US beef produced with growth-promoting hormones, dramatically reducing beef exports to the EU. In 1996, the US claimed that the EU ban adversely affected trade and because their standards exceeded those set by Codex, the WTO should intervene. It did, and a WTO panel ruled in the US’s favor, allowing the US to begin collecting tariffs on $116.8 million worth of imports from the EU—the amount that it lost each year due to the ban.

In other words, while a country may not be obligated to adopt a Codex standard into domestic law, international trade pressures, especially from powerful countries, could create pressure to do so. This is a particular threat when it comes to dietary supplements. Although the US may be able to maintain access to high level nutrients in its supplements, much of the rest of the world will not. And the weight of a standard accepted by 185 countries is almost certain to give determined anti-supplement legislators like Senator Dick Durbin (D-IL) and Congressman Henry Waxman (D-CA) reasons, at some point, to introduce a new bill to harmonize.

Of further concern is the fact that Codex is creating principles for food fortification—adding folic acid or calcium to food—which, as we’ve reported, can in some cases be dangerous. For example, it is dangerous to fortify with calcium without any of the essential co-factors. In addition, this is a band-aid approach to treating nutrient deficiencies instead of focusing on the real problem. We need to address farming practices that are destroying the nutrient content of soil and leading to less nutritious food.

What about GMOs (genetically modified organisms)? Europe is not friendly to GMO, so could we gain some ground there? If this meeting is any indication, the answer is likely to be No. The issue of banning GMOs in children’s cereals was quickly dismissed because of a “lack of science” supporting the claim that GMOs are dangerous. We noted that there were dozens of “experts” in the room ready to support GMO.

Here again we have the international trade dispute problem to consider: If state bills requiring GMO labeling were to pass, and it eventually became federal law, and Codex prohibited such labeling, there would absolutely be a WTO dispute and the international standard would be hard to beat.

This meeting revealed the usual problem of the infiltration of special interests. This threatens to outweigh what appears to be positive intent on the part of many participating in the process. The underlying—and most relevant—question is, “Who benefits from harmonized standards on everything from infant formula to fortification of foods?” Answer: the largest companies in the world. Their interests are represented here, but the consumers of the world are not. The tagline on many Codex documents is “safe, good food for everyone,” but the point that was stressed over and over again at this meeting is that “we are here to facilitate trade.”

As Codex continues through its creation and approval process, it is taking on a life of its own that, despite the current intent of the US to maintain independence, may meet us at our front door and demand entrance.