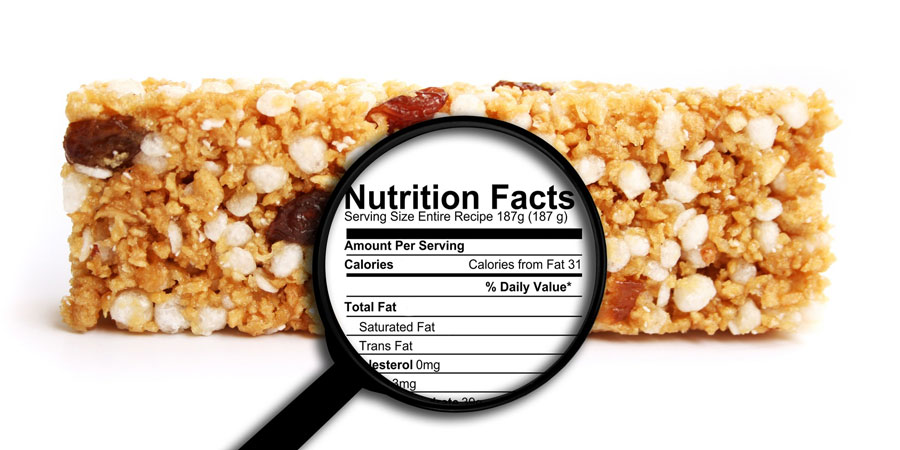 As usual, it gets the science wrong, and we think we detect a hidden, commercial motive as well. Action Alert!
The FDA recently sent a warning letter to KIND, the company known for making several varieties of fruit-and-nut bars. The letter contends that four of KIND’s products bear the claim on their labels that they are “healthy and tasty, convenient and wholesome” without meeting the federal definition of “healthy.”
As part of this definition, a food cannot exceed one gram of saturated fat per “reference amount customarily consumed”—basically, one gram of saturated fat per serving. According to KIND’s website, the four bars mentioned by the FDA contain anywhere between one and five grams of saturated fat. Even if saturated fat were actually bad for your heart, which scientists have now refuted, this wouldn’t exactly be an artery-clogging amount.
Other absurdities abound. The FDA’s letter was also thorny about KIND’s use of the words “plus,” “antioxidant-rich,” and “good source of fiber” on their labels.
But let’s focus on saturated fat for the present. As we’ve said, the idea that we should avoid fat is just a myth with no current scientific support. There is a great deal of evidence now suggesting that saturated fat—in particular, saturated fat from the right sources—is not the main culprit in heart disease or obesity, misinformation from the American Heart Association notwithstanding! In fact, saturated fat from foods like butter from grass-fed cows, avocados, coconut oil, and eggs has numerous health benefits.
The real source of obesity and related ills such as diabetes and heart disease is sugar, and the starchy foods that break down into sugars in the body, plus of course a lack of exercise. We’ve covered the negative health effects of different types of sugar and sweeteners elsewhere. Dr. Joseph Mercola has also been a staunch critic of sweet drinks—whether sweetened by sugar, high-fructose corn syrup, or artificial sweeteners—because of the link to obesity and other diseases.
The sweetener used in KIND’s bars is usually honey. We don’t eat much of it ourselves, because it is a form of sugar, but it is at least a more natural form, assuming the honey in question is raw and organic. And, from what we can tell, most of the saturated fat in the bars comes from nuts like almonds, cashews, and peanuts. Basically, apart from the sugar content, the bars seem mostly healthy!
The main takeaway is that the FDA is using pathetically outdated science in its action against KIND and its overall determination of what is “healthy”—not unlike the Dietary Guidelines Advisory Committee’s recommendations about reducing red meat in our diet, which totally ignored the vast nutritional differences between grain-fed, hormone- and antibiotic-infused beef and grass-fed organic beef.
Unfortunately, we don’t think this is just a case of the FDA simply being woefully ignorant of the latest science. There may be another, perhaps even more insidious, game being played. If the FDA is going to start hitting companies for inappropriately claiming their products are “healthy” on the labels, this could be just the opening salvo in a renewed attack on food and supplement producers claiming any health benefits from their products, no matter how much supporting science there is.
Bear with us for a moment as we sort through some FDA law:

As we’ve seen before, this wouldn’t be the first time the FDA has tried to attack structure/function claims or qualified health claims. The agency has been trying for years to lump food, supplements, and drugs all into one category, to be subjected to the same regulations. The problem, of course, is what we call the “Catch-22” of drug economics: it costs billions of dollars to go through the FDA’s drug approval process, which is an entirely prohibitive cost to natural supplement and food companies because they cannot patent protect their products, whereas Big Pharma companies are able to patent their new-to-nature molecules—and charge exorbitant sums to consumers.
FDA success in this regard would be a great boon for the pharmaceutical industry, because competition would be eliminated. This, in turn, is good for the FDA, because Big Pharma pays the agency’s bills, in addition to offering lucrative employment for those who leave government.
For consumers who want information so they can make informed choices about food, however, it would be a devastating loss. Consumers are already willfully kept in the dark about the value of nutritional superfoods such as walnuts and cherries. If there were no structure/function claims, the supplement industry would be crippled.
Action Alert! Write to the FDA and tell them to stop censoring truthful scientific information on food labels, and especially stop the kind of censorship based on junk science. Please send your message immediately.

29 responses to “FDA Doubles Down on Censoring Food Labels”