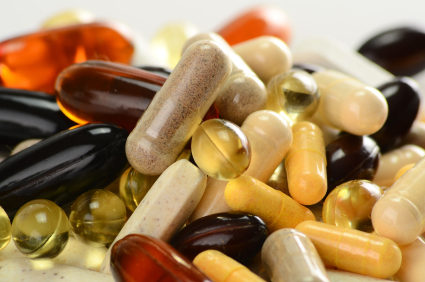 Just before the July 4 holiday weekend, hoping to limit media attention, the FDA dropped a bomb on dietary supplements. Don’t let them get away with it! A new Action Alert.


On July 1, the US Food and Drug Administration issued draft guidance for complying with the New Dietary Ingredient (NDI) notification protocols contained in the Dietary Supplement Health and Education Act (DSHEA). Ever since DSHEA was enacted in 1994, supplement manufacturers have had very little guidance on what counts as an NDI and when or how to send an NDI notification. The government has arbitrarily ignored or enforced this section of DSHEA, doing as it liked, without spelling out the rules.

Why does this matter? Because when you hear New Dietary Ingredient (NDI), substitute “New Supplement” in your mind. What we are dealing with here is whether the supplement industry is allowed to innovate and create new supplements—and if so, under what rules.

Now, seventeen years after the passage of DSHEA, the FDA has finally come out with draft guidance on NDIs—that is, on new supplements. They had to do this because it was mandated by the recent Food Safety Modernization Act.

We have reviewed the very complicated new regulations in detail. In the hands of an agency charged with regulating supplements fairly—one not hostile to supplements the way FDA is—they might be made to work. But in the hands of the FDA, which wants everything, supplements and drugs alike, to go through the vastly expensive new drug approval process, we fear the new rules will be used to forbid the development or sale of any new supplements—where “new” means anything after 1994, when DSHEA was passed.

Please note that many important supplements sold today were developed after 1994. Others the FDA will say were developed after 1994, even though they are just variants of what was “grandfathered” by DSHEA. For example, the FDA has already banned a critical form of vitamin B6, pyridoxamine, because that particular form of B6 couldn’t be shown to have been sold prior to 1994, even though B6 in general was certainly sold prior to 1994.

There are many other important new supplements that could be banned depending on how the NDI process is run. We won’t mention the names because to do so would be to put a target on their back. But we can assure you they are important and many of you are taking them.

The FDA already has the power to pull from the market any supplement, whether “grandfathered” or not, if they are unsafe, do not comply with Good Manufacturing Practices, etc. The oft-repeated claim that the supplements market is unregulated or “the Wild West” is patently false. But the FDA cannot pull a grandfathered supplement arbitrarily. They must show cause. What we don’t want is for the FDA to have the power to ban all new supplements arbitrarily. We fear that they will use this power to ban any supplement innovation unless the supplement is turned into a drug and brought through the drug approval process.

Since nobody can afford to pay for the new drug approval process if the substance is not patented, and supplements generally already exist in nature and cannot therefore be patented, to require full new drug approval is to ensure that there will be no new supplements. This should suit the drug industry very well and, based on past behavior, the FDA as well.

Our Concerns with the New Draft Guidance

The draft guidance clearly outlines the conditions under which an ingredient is considered an NDI (a new supplement) and when it is considered grandfathered. Further, it details the circumstances under which it is necessary to submit a notification for an NDI and when it is not. Not surprisingly, the FDA has applied a very narrow definition of grandfathered dietary ingredients, and so by extension a very broad definition of NDI.

Consequently, according to the draft guidance, almost all new supplements are NDIs, and thus are subject to NDI notification.

Please look carefully at this word “notification.” The term implies that the supplement company is just telling the FDA about the new product. But this is not the case. It is actually an approval process, and the FDA turns down most NDI applications.

Under the new rules, all ingredients/supplements in the food supply before 1994 that have been chemically altered in any way are considered NDIs and therefore subject to NDI notification. Moreover, the definition of “chemically altered” is extremely broad, describing multiple manufacturing processes that include:


So if the ingredient is not absolutely identical to its pre-1994 counterpart, then it is considered an NDI and subject to NDI notification/approval.

Drug companies can exploit this process by trying to patent common dietary ingredients as drugs before supplement companies have an opportunity to submit their NDI notifications. Once a drug company investigates an ingredient for drug purposes and publishes their findings, the ingredient can no longer be used in supplements. This has happened before—it happened with the pyridoxamine form of vitamin B6 we mentioned above. In other words, what was once a supplement available to consumers at low cost will now be an expensive prescription-only drug, if it is available at all. (And it’s not only the drug that costs more: you’ll need to pay your doctor for an office visit just to get the prescription!)

The draft guidance also states that a synthetic copy of a supplement constituent, or an extract of an herb or other botanical, is not considered a dietary ingredient at all (much less an NDI). Isn’t this good—isn’t it better not to be an NDI? No. If the FDA says it is not an NDI, that means they are saying it can only be sold as a drug—period. This could knock out a number of important supplements currently sold.

The guidance discusses at length the evidence required for a notification (approval)—and the requirements are extensive, including a strong recommendation to include human studies. We sometimes forget that human studies, in addition to being very costly, do not always fit supplements.

In effect, it appears that the draft guidance pushes the scientific standard for NDI notifications closer and closer to the pharmaceutical  standard. As we have mentioned many times before, supplements are much safer than drugs, yet because of the big Catch-22 (supplements cannot usually be patented, and no non-patentable substance can be taken through a drug approval process which, on average, costs a billion dollars), it is very difficult for supplement manufactures to meet these standards. If they are met, it will push the price of supplements—already high—beyond consumers’ reach. The industry will die.

In these proposed rules, the FDA has effectively created a de facto pre-market approval system without any of the protections of such a system. The FDA has a very high bar that a supplement manufacturer must reach before they can file, but FDA reserves the right to reverse its decision about the safety of an ingredient at any time. It is important for the FDA to  recognize the NDI process was meant by Congress to be an actual notification system, not a pre-approval process run according to arbitrary rules set up by the FDA. Congress gave the FDA power to say no, but this was expected to be rare, while the FDA currently vetoes more often than not, often on trivial grounds.

In general, the draft guidance creates a process that is extremely burdensome and redundant—and is impossible for the FDA to realistically implement anyway.

The FDA even makes the NDI notification specific to the manufacturer, not the ingredient. So if two manufacturers are marketing the same ingredient, at the same quantity—they still each have to submit an NDI notification. They can’t hire a third party to do it for them as a group. This is arbitrary and punitive—there is no reason for this requirement at all.

The bottom line is that when new and unreasonable burdens are placed on supplement manufacturers, it immediately becomes a financial increase for consumers. And if the pressure becomes too great, the nutritional supplements on which you rely may simply become unavailable.