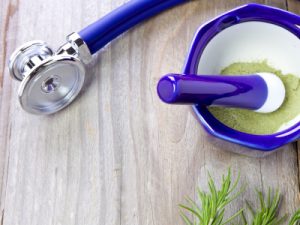 This new legislation is a wish list for Big Pharma. Action Alert!

On April 26, the Senate Committee on Health, Education, Labor, and Pensions (HELP) released draft legislation that would “clarify” the FDA’s ability to regulate both compounding pharmacies and the compounded medications themselves.
It’s our understanding that the draft bill was written with the specific intent of giving the FDA broad authority to remove compounded medications from the market in one of two ways: either by putting bulk ingredients on a list of “banned” compounded drugs, or by redefining compounded variations of approved drugs as illegal “copies.”
The way the bill is written, a compounded medication—like the low-cost pregnancy medicine 17P (similar to KV Pharmaceutical’s hugely expensive drug Makena), or a bioidentical estriol that can be used instead of Pfizer’s dangerous (and not bioidentical) Prempro—could be banned.
We don’t yet know who is pushing the specific language of this bill, but it is interesting to note that Pfizer gave campaign contributions to eight out of the twenty-two members of the HELP Committee.
There’s a silver lining, however: the bill will cost Medicare and Medicaid billions of dollars, because these programs rely on the more cost-effective compounded versions of these drugs, so there may be some serious push-back on it.
It’s possible that this bill would not only federalize compounded medications dispensed by prescription, but give the FDA authority over the state regulation of the practice of medicine! It would require that a practitioner certify on the prescription that the compounded variation produces “a significant difference from the marketed drug version.”
Of course, the mere fact that the doctor is prescribing the medicine in the first place should be justification enough—the federal government should not interfere with the practice and prescription of medicine. The FDA already tries to meddle in the practice of medicine as we have pointed out before, and certainly does not need more authority to do so!
The bill bans compounded drugs that are a “copy of a marketed drug,” but defines it so broadly that most compounded drugs could be removed from the market, thereby increasing healthcare costs and limiting patient access to important medications.
For example, as we reported in 2011, KV Pharmaceutical considered compounded 17P to be a “copy” of their drug Makena and tried to ban its production. Fortunately, after pressure from Congress, grassroots activists, and the media, the FDA finally relented. Under this new bill, 17P could be banned. Millions of women depend on access to bioidentical hormones. Critical (complete) thyroid medications that millions of American women and men depend on would also be at risk.
The bill would also ban certain veterinary medicines. Compounding pharmacies sometimes create a convenient, topical version of a marketed drug that is only available in oral form, for use on the many pets who don’t like taking pills.
Even worse, the bill would give FDA the power to disallow entire categories of drugs that could be compounded, such as “extended release products.” Compounding pharmacies currently offer time-release, complete, desiccated thyroid compounds, which can be difficult to find elsewhere. Most thyroid medications made by drug companies are not complete, and some of these important thyroid medications are never available in time-release versions.
The FDA has in the past attempted (unsuccessfully) to ban bulk bioidentical estriol at the request of a pharmaceutical company. With this bill, the ban would be much more likely. If the pharmaceutical industry were to come up with a wish list, we’d imagine banning compounded medicines would be at the very top.
It seems clear that this legislation will be presented as a response to the problems at the New England Compounding Center we told you about last October. Poor quality controls at the facility led to some steroid injections becoming tainted with a fungus—an outbreak which FDA Commissioner Margaret Hamburg conceded last month was due to lack of FDA action despite many complaints they had received about the facility coupled with “a confusing legal landscape.”
Hamburg asked for a consistent set of safety regulations that would require compounding pharmacies to report any problems associated with their drugs. Instead, it seems the bill does little to increase the safety of compounded medicines or improve facility inspections, but rather makes it easier for FDA to ban many compounded drugs altogether.
Action Alert! If you are a resident of Alaska, Connecticut, Colorado, Georgia, Illinois, Iowa, Kansas, Kentucky, Maryland, Massachusetts, Minnesota, North Carolina, Pennsylvania, Rhode Island, South Carolina, Tennessee, Utah, Vermont, Washington, Wisconsin, or Wyoming, please contact your member of the Senate HELP Committee and ask him or her to strike the extreme language in this bill that has nothing whatsoever to do with safety. Please take action immediately!