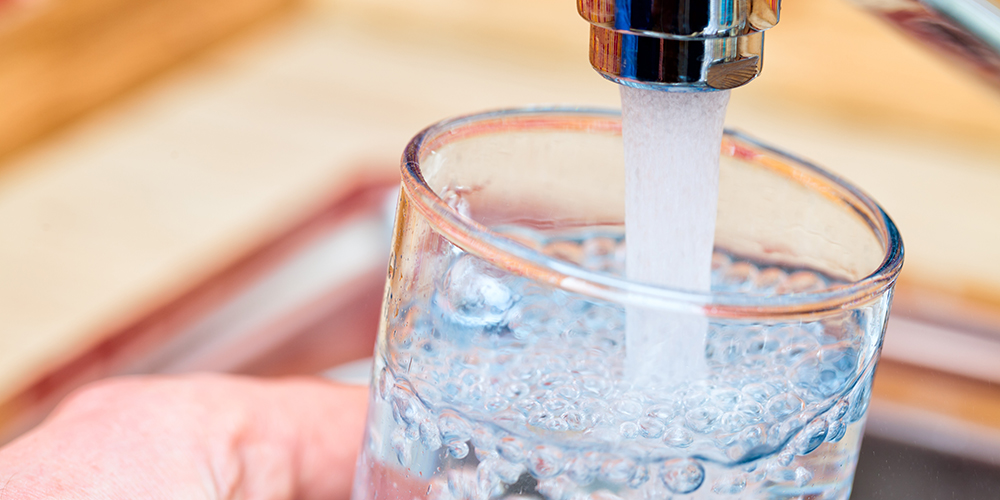 Pregnant women are exposing their unborn children to dangerous chemicals in tap water that lead to neurodegenerative effects. Action Alert!

Dozens of studies show a relationship between prenatal exposure to chemicals found in tap water and negative health effects for children. Contaminants vary by location but the problem is ubiquitous throughout our country’s water systems. Federal standards for drinking water largely protect industry rather than consumers. We must support legislation that forces the EPA to clamp down on the contamination of our drinking water.

Here is just a sample of what could be lurking in your tap water:

Arsenic is a naturally-occurring chemical element, but exposure even at low levels can have devastating effects. One study found that prenatal and childhood exposure decreased cognitive academic performance. Animal studies show that arsenic exposure reduces brain weight, reduces the number of neurons, and alters neurotransmitter systems. Epidemiological studies show that early exposure to arsenic is associated with deficits in intelligence and memory. These effects may occur at exposure levels below current safety guidelines. Arsenic is found in the drinking water of all 50 states.

PFAS, or polyfluoroalkyl substances, are a group of chemicals used in hundreds of consumer products. They are nicknamed “forever chemicals” because they do not break down in the environment and accumulate in blood and organs. PFAS contamination of drinking water is a huge issue receiving national attention. These chemicals may harm pregnant women and their developing babies by disrupting biological systems that control metabolism and immunity. PFAS can also alter levels of both mothers’ and babies’ thyroid hormones, which oversee brain development and growth. Developing infants exposed to PFAS are more likely to undergo abnormal growth in utero, leading to lower birth weight and an increased risk of obesity and infections.

The federal government is finally starting to wake up about the need to address PFAS. The EPA just announced a “Strategic Roadmap” to confront PFAS pollution, including setting enforceable limits on PFAS in drinking water. Previously the PFAS limit in drinking water was merely a recommendation. This is a positive step, but the EPA has a history of setting limits that are friendly to industry (more on this below). Mandatory PFAS limits will also reportedly take years to develop, so it is still advisable for consumers to take proactive steps to protect themselves, which we discuss below.

Fluoride has been added to drinking water for decades (we’ve reported previously on how this practice started, and how it is a gift to special interests because it is the byproduct of the aluminum manufacturing process). A study published in JAMA Pediatrics found that women who drank fluoridated water while pregnant gave birth to children with lower IQs than pregnant mothers who did not drink fluoridated water. Other studies have found mothers with higher fluoride exposure during pregnancy were more likely to have children with symptoms of ADHD. Over 200 million Americans receive fluoridated water through their tap.

BPA, an industrial chemical used to make certain plastics, is also found in drinking water. Early exposure to BPA is associated with hyperactivity, aggression, anxiety, depression, and other emotional and behavioral problems.

Organophosphate pesticides (OPs) find their way into water systems through agricultural runoff. Studies have found early exposure to these chemicals was associated with lower IQs, with higher exposures causing greater loss in IQ.

Overall, most water systems are able to meet federal standards for drinking water contaminants, though a review found that as many as 10 percent of community water systems incur health-based violations of federal standards. While meeting federal standards means tap water is “legal,” it doesn’t mean it is safe. Scientists have found that the tap water of over 200 million Americans—that is, the water for the majority of the population—is contaminated with PFAS and PFOA at levels that increase risk of testicular cancer, liver tumors, high cholesterol, and other negative effects. Similarly, the cancer-causing chemical called chromium-6 contaminates the tap water for over 200 million Americans.

Contaminants will vary by location, but the problem affects us all. For example, one survey said Louisville, Kentucky has the cleanest water in the country. But according to EWG’s analysis, that water system has seven contaminants that exceed EWG’s health guidelines. The Environmental Working Group (EWG) allows you to enter your zip code to reference the quality of the tap water in your area.

Federal standards that set limits on contaminants in drinking water are also woefully inadequate to protect Americans. These standards are supposed to be set using the most up-to-date science, but the EPA often ignores the heightened risk to children, infants, and pregnant women. The standards set by the EPA are also too often based on political and economic compromises intended to keep the costs of water treatment down, as well as minimizing the financial burden on industry.

Reverse osmosis (RO) filtration is said to remove 99 percent of toxic chemicals in water. Installing RO filtration into town and city water systems is the real way to keep us safe, but this cost would, of course, be passed on to taxpayers. And even if RO installation was politically or economically feasible, taxpayers would be subsidizing chemical industry profits by paying more to clean up our water. Note that RO filtration also removes beneficial minerals, so you must remineralize the water which can be done in a variety of ways.

The government is allowing special interests to contaminate our drinking water, and children are paying the price. Drinking water is just one way we are exposed to environmental contaminants that undermine our health. As we reported recently, these exposures are the underlying cause of many of the chronic diseases that afflict our nation. To fight for real regenerative health, we must fight for policies that protect consumer health, not industry profits.

Action Alert! Write to Congress and tell them to support measures to limit contamination of our drinking water with PFAS and other chemicals. Please send your message immediately.