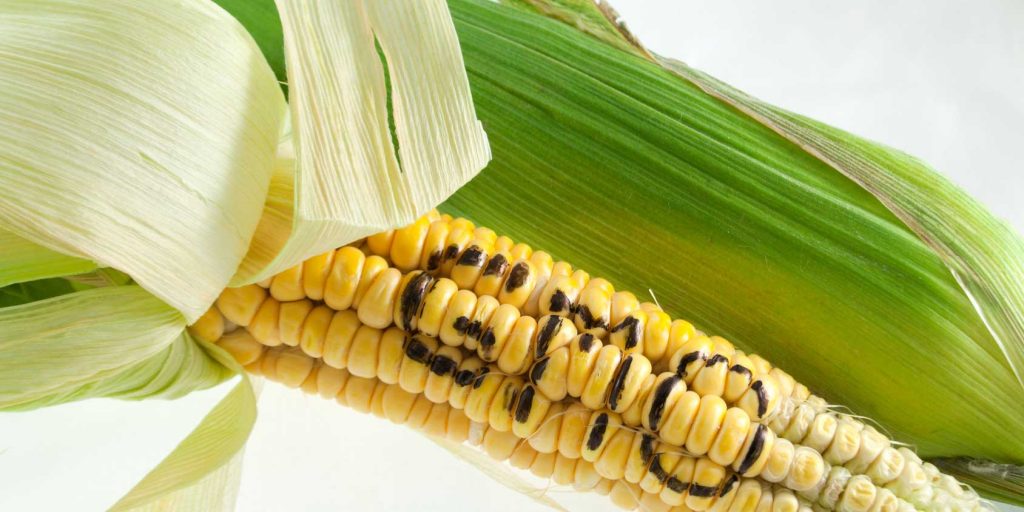 …That GMOs weren’t safe. State-based Action Alerts!
A new study from GMO researcher and molecular biologist Gilles-Éric Séralini, PhD, shows that the first commercialized genetically modified crop in 1996 may have been toxic to farm animals—but the evidence was swept under the rug. You may recall that Dr. Séralini recently won two court cases against those who had sought to ruin his reputation after he published a study linking GMO corn to cancer in rats.
Prof. Séralini’s new study demonstrates that the first GM corn produced for animal feed by Novartis (now Syngenta) was barely tested before coming to market. In fact, only one nutritional test was conducted on four cows for two weeks, and one cow otherwise inexplicably died after the first week.
This wasn’t the only indication that something was seriously wrong with the first GM corn. Séralini notes that a German dairy farmer, Gottfried Glöckner, who received accolades for his farm’s productivity, was working with the biotech industry between 1998 and 2002 to test the GM corn—in fact, he was the first farmer to feed Novartis’s corn to his dairy cows. Some time after the GMO corn was introduced into the animals’ diet, the cows began showing adverse health effects: partial paralysis, fatigue, problems in the kidneys and mucosal membranes and, in 10% of the cases, death. At this time, GMO corn was 40% of the cows’ diet.
Experts at the time looked for microbial causes of these health effects, but could not find any answers. Glöckner then sued Novartis and won partial compensation for the havoc wreaked on his cows by the introduction of GM corn into their diet.
After a detailed analysis of the veterinary records and data on individual cows, Séralini published a peer-reviewed paper suggesting that the GMO corn used on Glöckner’s farm had probably become toxic over time, reinforcing the need for long-term safety testing—and labeling—of genetically modified products. This is one of the chief worries about GMO food in general: that the ill effects may take a long time to fully manifest themselves. In test animals, it is not the first or even the second generation that may become sterile, for example, but the third.
This latest evidence further supports what labeling advocates have been saying for years: that people must have a choice about what they are buying. Unfortunately, those in power are giving little indication that they are listening.
We should also note the bravery of Prof. Séralini, who has overcome tremendous odds to challenge the pro-biotech establishment. Séralini, a professor at the University of Caen in France, has done a number of studies challenging the safety of genetically engineered foods. The journal Food and Chemical Toxicology first published—then, under intense pressure, decided to retract—Séralini’s 2012 paper containing evidence that GMO corn and Roundup can cause cancer and premature death in rats. The retraction was covered extensively in the media, which labeled Séralini a fraud—yet when the study was republished in the respected Environmental Sciences Europe, this re-validation made few headlines.
At the time of its retraction, the New York Times said his paper had been criticized as “flawed, sensationalist, and possibly even fraudulent by many scientists, some of whom are allied with the biotechnology industry” [emphasis ours]. The few journalists not bought and paid for by the biotech industry reported that Séralini was blasted for the number and type of rats that he used for the study, even though studies by the biotech industry use the same type and approximate number of rats!
Despite having his career almost destroyed, it is remarkable that Dr. Séralini has continued to press forward on his research exposing the negative health effects of GMOs—a true testament to his commitment to the truth and the public welfare.
The US Department of Agriculture recently convened meetings between industry and pro-labeling advocates, hoping to reach some sort of agreement over the GMO-labeling issue. Details emerging from the meetings, however, show that the biotech industry held fast to its offer of a voluntary labeling system consisting of scannable electronic codes on products—a very bad idea, as we’ve reported elsewhere. Mandatory GMO labeling legislation at the federal level continues to be stalled as voluntary labeling legislation gains momentum in the Senate.
Despite the inexcusable failure of federal legislators to listen to their constituents—no doubt because of the amount of industry campaign donations at risk—legislators are taking the initiative in a number of states, giving credence to the notion that states are the “laboratories of democracy.”
State-based Action Alerts! Check below to see if your state has pending legislation to mandate the labeling of GMOs. Please send your message immediately.
Alaska
Florida
Hawaii
Maine
Massachusetts
Missouri
Minnesota
New Jersey
New York
Oklahoma
Tennessee

Other articles in this week’s Pulse of Natural Health:
War on Natural Medicine Continues
“Diet Coke Is Healthier than Water!”
Share This Post

13 responses to “They Knew from the Beginning…”